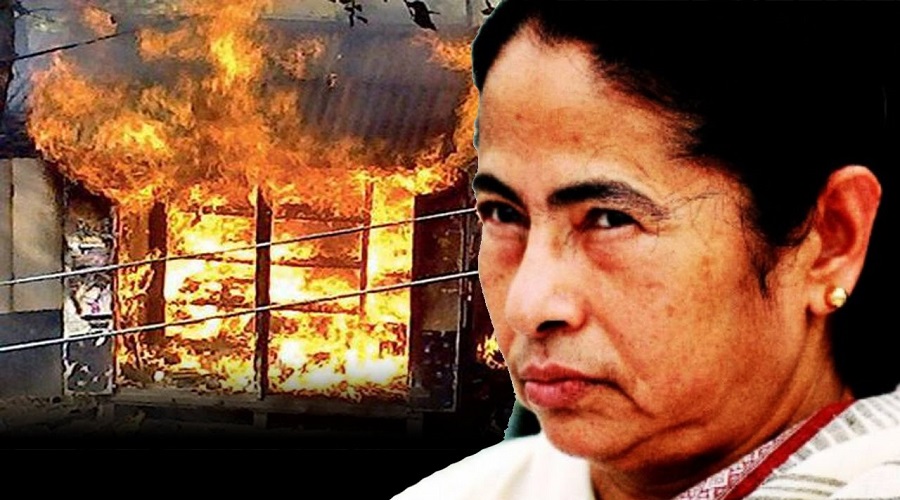 What happened in the Howrah district of West Bengal, especially in the Dhulagarh region, has been a closely guarded secret by the state government. This was enabled by silence of many celebrity journalists like Rajdeep Sardesai, who maligned people talking about riots instead of questioning the state government over the law and order situation.

Now the media house where Rajdeep Sardesai works, TV Today has come up with reports that corroborate what many social media users have been saying – parts of West Bengal instead saw communal riots with the Hindu community largely bearing the brunt of the violence.

A special report filed by an India Today correspondent talks to victims of the riots. These victims confirm that the state administration was unable to protect them. In fact, the state police have been accused of being a silent spectator while the rioters burnt and looted their property.

The riots had started around December 12 after Eid-e-Milad-Un-Nabi celebrations but the media failed to report about it. India Today correspondent found an entire colony that was deserted after the residents fled the rampaging rioters. The families have still not returned; some took shelters at a local temple, while others came back to pick a few things they could find undamaged.

Victims of mindless violence from Dhulagarh narrating their stories is heartbreaking #ITVideo pic.twitter.com/vbRcGdgbpQ

The report also quotes a victim claiming that she heard chants of “Pakistan Zindabad” from the mob that looted her home. Valuables like jewellery, cash, electronics have either been looted or burnt by the rioters. The state government has announced compensation of 35,000 rupees to the victims, who find it totally inadequate given the losses they have suffered.

It should be noted that Zee News was among the first one to report on the riots, because of which an FIR was filed against them. India Today’s Rajdeep Sardesai too had rejected Zee News reports, but now his now channel’s reports confirm communal riots.

Perhaps the only escape route now remaining is a group of apologists masquerading as human rights activists visiting the area and submitting a “fact finding report” that blames obscure Hindu organisations for creating an environment that triggered violent reactions from Muslim mobs.