What message GST Council meet at Srinagar sending across 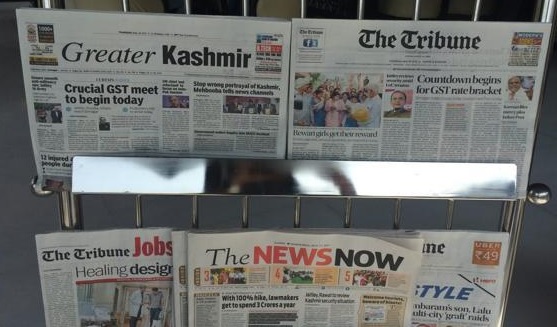 The choice of the venue for the ongoing two-day meeting of Goods and Services Tax (GST) Council in Kashmir is highly symbolic and significant. Against the backdrop of the renewed protests in the valley, the 14th GST Council is meeting at Srinagar’s Sher-i-Kashmir International Conference Centre is sending out a strong political message.

Far from the cross currents of protests and violence, the narrative of J&K is different as Union Finance Minister Arun Jaitley and finance ministers of 32 states and union territories have converged in Srinagar to take a final call on the new taxation regime and finalise the rates of different commodities and services. This is the last and the final meet before the GST rollout on 1 July. This is for is the first time that such a major policy meeting is being taken place in Srinagar in the past six decades.

The GST Council meeting is sending a strong message to the separatists forces who want to disintegrate Kashmir from the rest of India.

“One nation, one tax” is the Union government’s slogan for the GST. In that slogan, there is slight tinge of Syama Prasad Mookerjee’s slogan of 1950s meant for Kashmir: Ek desh mein do Pradhan, do Vidhan, do Nishan nahi chalegi, nahi chalegi (The country will never accept a system which allows two Prime Ministers, two Constitutions and two National flags). Much changes have been made in Kashmir since the nationalist leader breathed his last in the valley in 1953.

Now, with this GST Council meeting, Jammu & Kashmir set to claim its place in India’s economic history. The meeting is an opportunity to showcase J&K’s increasing integration with India’s socio-economic mainstream.

“We could look at agreements that the GST council is expected to reach during its consultations as a ‘Srinagar Declaration’,” J&K finance minister Haseeb Drabu was quoted as saying.