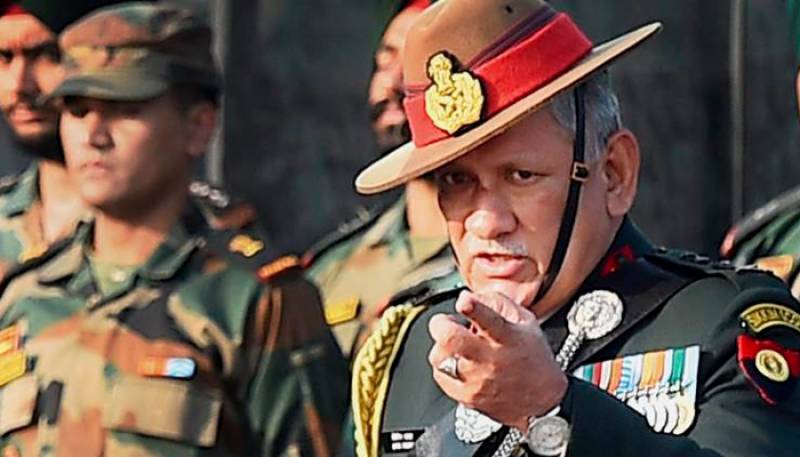 On the occasion of Army Day, General Bipin Rawat expressed his anguish at the use of Social Media to target the Indian Army. In an event in Delhi, he remarked that Social Media was being used against the Indian Army and urged the citizens of the country to be careful in its use.

Social media is being used against us, we have to be careful in its use: General Bipin Rawat #ArmyDay in Delhi pic.twitter.com/2rlkCh70w9

Indian paper ‘The Quint’ had in one of its stories accepted the truth that Kulbhushan Jadhav was a spy and that some RAW officials had reservations about his appointment.
~Foreign Office Spokesperson Dr. Muhammad Faisal pic.twitter.com/EBPqLwGwvP

Portals like The Quint are a major force to reckon with on the social media, and thus Army Chief’s comments could be seen in this context. Tragically, Pakistan does not need to do something special as many Indian portals and individuals are making their job easier.

While the report on Kulbhushan Yadav was not directly related to the Army, The Quint has earlier rubbed the Indian Army the wrong way. Not too long ago, one ‘sting operation’ by the portal led to one Jawan, Lance Naik Roy Mathew, committing suicide after the video of the sting went viral on Social Media. But thus far, they have managed to avoid any repercussions for their less than praiseworthy ‘Journalism’.

Apart from The Quint, another portal that is a major force on social media, The Wire stooped to a new low and thought they were providing some great insight when they decided to compare Army Chief General Bipin Rawat with General Dyer.

Another news portal, Firstpost, had too published an article that maligned the Indian Army by twisting facts around the Bangladesh liberation war. The author of the article had put his anti-Army comments on Twitter too.

Not just such websites  provide fodder for anti-army sentiments on the social media, many individuals spewing venom against the Army, and especially the Army Chief, has become sort of a norm. Arvind Kejriwal’s close associate and Gurmehar Kaur’s mentor, Ram Subramaniam, recently started a Twitter storm with his deplorable remarks on the Army.

Kejriwal himself had demanded proof of surgical strikes, which was opposed in his own party as something that will hurt the confidence and morale of the Indian Army.

Apart from Kejriwal, politicians like Kavita Krishnan, who is secretary and Polit-Bureau member of CPI(ML), had dubbed the killing of Burhan Wani by our security forces as ‘extra judicial killing’:

Shame on the extra judicial killing of Burhan Wani, and the killing of 8 protesters/mourners in his funeral. https://t.co/zy9muUP1vM

The Communist leaders have been particularly relentless in their attacks against the current Army Chief. In an editorial published in Peoples Democracy, the weekly newspaper of the CPI(M), the author accused General Bipin Rawat of damaging the Army’s reputation by defending Major Gogoi’s actions.

Although communists have not been wining any major elections, they do affect the discourse on social media, with help from a sympathetic mainstream media. JNU students like Kanhaiya Kumar, who accuse the Indian Army of rapes, have often been posting comments on social media.

In wake of such incidents, it is only natural then that the Army Chief on Army Day has appealed to the citizens to express some caution while using Social Media.