After abusing people of UP and Bihar, Gurmehar Kaur’s mentor now insults the Indian army 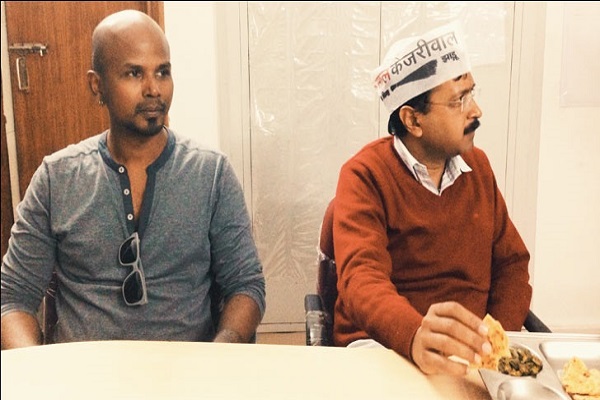 Ram Subramanian is a well known AAP supporter, and is also supposed to be an ad filmmaker who has worked with top advertising firms like Ogilvy, Contract. But in recent days the only thing he has been advertising is fascism and hate – mongering.

We had recently reported how he had decided to start openly abuse the people of UP, Bihar and Haryana on twitter, for which he was universally panned.

Apart from being known for the aforementioned reasons, he is also famous for being the mentor of celebrity student Gurmehar Kaur and being the brain behind her infamous placard holding video, where she rather naively, declared that “Pakistan did not kill my dad, war killed him.” This had later exploded into a, free speech under attack narrative after she was allegedly trolled and also supposedly received death threats.

Now he has decided to increase the venomous content in his tweet by first questioning out of the blue as to what is there to be proud of in India:

All those people who say they are proud of India, please tell me what is there to be proud of?

I am proud of Aryabhatt, without him, I wouldn’t have known what to label people like you. https://t.co/xCE4jU7jev

I am proud of the fact that 1.32 billion people rise up to the occasion when it matters and give a tight slap to people like you who question India’s great army and India’s great diversity. https://t.co/j5TR99X2Fg

He decided to take things to a new level after deciding to drag the Indian army into his venomous rants:

This further irked people who came out to heavily slam him:

The one that has given you the freedom to talk so much shit and not get killed for it. https://t.co/uNZJb0I9KJ

One user questioned whether Gurmehar Kaur, whose father made the supreme sacrifice for the country, would now come out and condemn her mentor for his acts:

Dear @mehartweets do u agree with what ur Mentor thinks about Indian Army for which ur father Captain Mandeep Singh sacrificed his life serving the nation? https://t.co/yz9ScmYmNR

These antics of Gurmehar’s mentor, raise the question whether he regularly makes such controversial statements to somehow remain relevant in the public sphere, even if it means losing his dignity in people’s eyes.