OpIndiabringing the \'right\' side of India
More
HomeOpinionsI am a Muslim and I am not a 'victim'
Opinions
Updated: 22 May, 2018

I am a Muslim and I am not a ‘victim’

“It would be very difficult for people like us to get acclaimed in mainstream media because more than the religious right, the regressive left hates us. We puncture their inflated balloon of self-victimization and identity politics. They would hate for us to be on the mainstream scene, the left wants Muslim names to be crying about fascism rather than be pragmatic, confident, productive individuals.” – Omer Ghazi

India right now is like a mother with two kids. One of the kids is weaker, smaller and sick. Of course, the weaker kid deserves a little more care and nurturing and hence a little more attention is showered on the weaker kid. As for the stronger, bigger kid., the mother would perhaps say, “Well he can manage.”

Understandable, but one should not harbour this mentality to such an extent, that the bigger kid gets completely neglected. Owing to that neglect, he would grow up resentful, frustrated and angry. He would start harbouring feelings of toxic jealousy and hate towards the smaller kid. This monster of hate might actually grow to the extent that the bigger kid would end up physically harming and maybe even killing the smaller kid. Is this inconceivable?

You understand how this “too much of a good thing” approach is actually endangering the smaller kid? That’s exactly what is happening in India between the majority and minority. Politicians need to stop appeasement and identity politics because it’s not going to end well for anyone. How about equal treatment? The British are gone, but “divide-and-rule” is very much alive and active.

The actions of liberal media lately are really disturbing. One has to realize – it is possible for the majority to be oppressed. There is an anti-Hindu bias in the media – and this is not good if you want to maintain peace and ‘secularism’. Why are nationalism and Hinduism being dragged into everything? Stories of crime are ALWAYS given a communal angle, can we please not do that?

People ask me – “Why are you sucking up to these ‘Sanghis’?”

My reply – “And what is your brilliant plan to keep minorities safe? Doing everything possible to piss off the majority and radicalizing even peaceful Hindus? You think that’s going to keep me safe? Why don’t you save some time and just shoot me right now?”

I am not sucking up to anyone, I don’t have “Stockholm syndrome.” I’m just trying to be respectful towards all religions and maintain the fragile peace that we have. Isn’t that what secularism is about?

Some of you might say that I’m speaking from a position of privilege. No, I am not denying the fact that there is a lot of wrong happening in this country, I’m not some chest-thumping hyper-patriot yelling “India is the best!” I am just trying to point out that some anti-social elements exploit the news of terrible crimes and tragedies to manipulate the emotions of a gullible public to push their own agenda. Don’t fall into their trap, don’t play into their hands, they want to keep us divided, they want to keep us fighting. A good example is the recent Kathua case.

No. What happened is – “A sick pervert brutally violated a defenceless little girl!”

There has been a very obvious and deliberate attempt by media here to give this a communal twist and it’s scary just how much of a stranglehold the media has over the minds of people. The power of fear.

The semen-filled balloon story, now busted, was another example of fake news meant to cause a communal divide.

I like India, I like living here. Because you see, my family and I have actually lived in a Muslim country and we know what it’s like. This was in the 80s and early 90s, when India was still socialist, not as developed, and hence Indians had to move to foreign countries to earn well.

We have lived in Saudi Arabia for more than a decade. My mom, like any other woman in the country always had to be in a black burqa. My dad was arrested 3 times on trumped up charges, and the police released him after a hefty bribe. There were always stern-faced mutawwas– Saudi religious police – patrolling the streets. It was like a prison! We were treated like second-class citizens. All the time, my family said, “We can’t wait to get back to India!” We made our money and got out as soon as we can.

We experienced true equality and dignity and freedom only after we came back to our own country. Staying in Saudi Arabia made us realize the value of the little freedoms others have so taken for granted here. Muslim women here need not wear the burqa, nobody cares. There is no fear of mutawwas. India gives us the freedom to practice our religion, but more importantly… India also gives us the freedom to NOT practice our religion if we so choose. India is far from perfect, but it is a million times better than most other countries out there. And those who scream day and night on Twitter about how “India is an evil, fascist, Brahmanical, oppressive dictatorship,” to them I’d like to say – “If this really was a Fascist country, you would be rotting in a Gulag by now.”

I love living in India. Despite what you read in the media, I do not feel oppressed and do not live in perennial fear. If there is anything I fear, it is the liberal media who seem hell-bent on dividing us and starting a civil war. Otherwise, I live proud and free, knowing that the Indian constitution grants me the same rights as it does to a person of any other religion. If we really felt India was an evil fascist oppressive state, trust me, we would not have returned. Our life is here, this is our country – we will obey the law of the land and play by the rules, even though it may not be 100 percent compatible with our religious beliefs. But that’s a sacrifice one has to make.

I think of living in a society as standing at a traffic signal. Yes, you are being made to wait, time is being stolen from your life, you are being violated, but what you have to understand is – the people on the other side are also making that sacrifice, they are also waiting, and that is the only way things can move. If no one is willing to compromise, it will be utter chaos! To live in society, you have to give up a part of your self, no one can be 100% happy, that’s just the price you have to pay. The other option is – go live in a cave all by yourself. 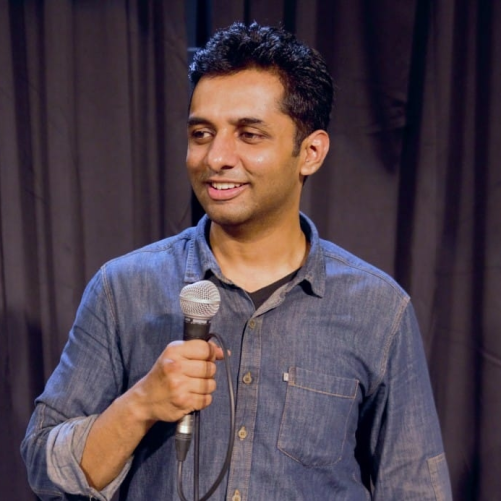 Mahadevji Desai had vowed to walked along with his cow to Dwarka if his cattle remained unharmed from the lumpy virus.
News Reports