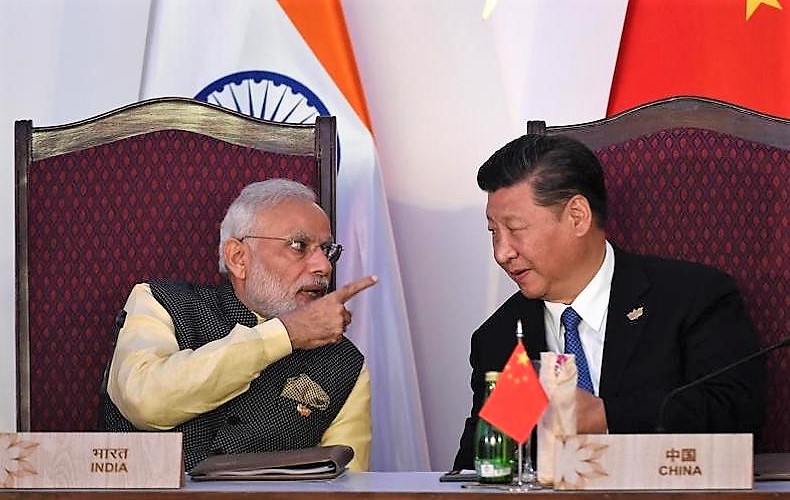 India has been firm in her opposition to China’s Belt and Road Initiative. The recent dissent by India in the now-concluded Shanghai Cooperation Organisation (SCO) summit in Qingdao, China is a mere extension of India’s pre-defined stance on the proposed initiative.

India has made her stance clear in SCO foreign ministers meet in April. At that point of time, the SCO declaration did not name India as one of the supporters of BRI.

Indian Prime Minister Narendra Modi in his plenary speech stated the premise for India’s opposition to the proposed initiative by stating, India welcomes connectivity projects which respects the sovereignty and territorial integrity of Nations.

The SCO summit, which went on for two days, the eight full members signed the Qingdao joint declaration. India was not included in the part of the joint declaration which dealt with BRI. Interestingly, barring this one instance where every member has been named, in all other instances the term “member states” has been used.

The BRI was first proposed by the Chinese President Xi Jinping in 2013. This initiative aims to connect Africa and Europe with Asia along ancient trading routes. India’s main reservation lies with a specific part of BRI, the China Pakistan Economic Corridor (CPEC) which goes through Pakistan occupied Kashmir (PoK). India earlier skipped the Belt and Road Forum which was held in May 2017 and attended by 29 state heads, citing her opposition to the CPEC.

The joint declaration also seemed to shame Pakistan as it unequivocally condemned all forms of terrorism but also added that interference in the domestic affairs of other states on the pretence of fighting terrorism and extremism was unacceptable.

“The Member States note that the interference in the domestic affairs of other states under the pretence of combating terrorism and extremism is unacceptable, as well as the use of terrorist, extremist and radical groups for one’s own purposes,” stated the declaration.

Prime Minister Modi talked about Afghanistan and the need to create a common front against forces trying to destabilize the country. He tactfully did not mention Pakistan in his statement. He said, “The situation in Afghanistan is an unfortunate example of terrorism and extremism in our region. I hope that all parties will respect the sentiments with which President Ghani has taken courageous steps for peace. It is our responsibility that causes which threaten Afghan unity, sovereignty, integrity, diversity, and democracy in the past will not be repeated,”

Prime Minister Modi also came up with a new acronym which, according to him, would facilitate comprehensive security in the SCO region. The acronym that Modi came up with is SECURE.

E – Economic Development for all,

U – Uniting our people,

Further commenting on the region, He stated that tourists form SCO countries only constitute 6% of the total tourists coming to India but with a little effort it can be doubled to 12%. He revealed plans to organize a food festival of cuisines from SCO countries and also a shared Buddhist heritage exhibition in India.