Having finished watching Netflix’s new sensation in India- Sacred Games- the other day, I was in search for something less intense to unwind on a lazy weekend, when I chanced upon the thumbnail for John Abraham’s Parmanu: The Story of Pokhran.

The movie, to this writer, appeared to be the latest in a list of movies inspired from the most up-voted answers on Quora to the questions like “What are some of the most fascinating stories about India?”. Any Quora visitor would attest that the platform introduced thousands to the Dashrath Manjhis and Neerja Bhanots before their inspiring lives were lapped up by Bollywood and turned into silver-screen successes (deservedly so). It was Quora where people first read about the struggles of field hockey star Sandeep Singh, felt proud about the Indian evacuation from Kuwait, or read about the real-life Pad-Man Arunachalam Muruganantham.

It cannot be anyone’s case that these stories didn’t deserve to be retold to a wider audience and the article will not take a stand on the paucity of quality story-tellers in Bollywood capable of weaving engaging stories without the crutches of inspiration from true events. But a logical progression of this trend should mean that some of the other widely celebrated Indian stories would also see a silver screen adaptation in times to come. However, seeing how a movie depicting one of independent India’s finest moments was found to be propagandist and jingoistic by the leftist newspaper The Hindu, one can rest assured that such movie adaptions will only be few and far in-between. I present my case in the following paragraphs.

It can safely be posited that The Hindu’s film-reviewer Kennith Rosario, was ruffled by how fondly former Prime Minister Vajpayee and President Kalam will be remembered by anyone who watches the movie. (For this writer at least, the interspersion of clips of Vajpayee’s spirited speeches was a welcome change from the staid screenplay and auto-piloted acting in the movie though). Kennith, though, wasn’t the only critic to pan the movie, with reasons varying from acting to its stylized yet disingenuous fictionalization of events. Yet the movie notched up an impressive crowdsourced rating of 8.4 on IMDB, drawing unmistakable parallels with a certain tea-seller who ruffles feathers in the intellectual circuit while being adored by millions.

This critically ‘underwhelming’ movie’s positive message stands in stark contrast to my other recent Netflix watch- the glum and dark (literal) world of Sacred Games. The show has won universal acclaim, and I would be the first to concede that the acting and production values are notches above anything I have seen on Indian television. This though does not absolve the show-makers from being called out on what clearly is an anti-majoritarian agenda. The needless references to beef during the dinner scenes are painful to watch and look more like an after-thought to scratch the screenwriter’s secular itch. The hark-back to Rajiv Gandhi’s communal agenda at the beginning of the series is a plain counter balance designed to insulate the show-makers from criticism over the impending anti-Hindu story arcs.

The subtlety with which guilt is designed to be drilled into Hindus watching Sacred Games is remarkably well crafted when compared to Parmanu’s crude ways to instil pride. While Parmanu spells out for you how Vajpayee ensured that India gets its deserved place in the global high-table of nuclear-capable states in as many words, Sacred Games sows the seed somewhere deeper that Hindu nationalists (like Vajpayee was) are hatred filled warmongers willing to detonate a bomb and blame Muslims. (cough…Quantico…cough!)

Obviously, an idea which a viewer believes has germinated organically in his mind takes deeper roots compared to statements shoved down your throat by a poorly narrated story. As someone who follows the makers of Sacred Games on social media, I am willing to go out on a limb to assert that the second season, scheduled to coincide with the 2019 elections, will be aimed at the end-game of showing the ruling dispensation in a negative light. This is the same tactic adopted by Anurag Kashyap when he coincided the brilliantly made Udta Punjab, with the Punjab elections to influence the narrative using a compliant media. Post elections, we are yet to see any concerns about the drug abuse by his ilk, even as the problem continues unabated in a now Congress-ruled Punjab. The Udta Punjab episode, like many else, demonstrates the influence wielded by the motion pictures over narrative in India.

Jio democratized the internet and opened up the internet to the masses. The upcoming Jio GigaFiber and TV set-top boxes are expected to do the same with streaming TV shows and films in the Indian living rooms. Prime Minister Modi had said that the 2019 election will be fought through mobile phones, and he will do good to realize sooner than later that some of the ideological battle-lines will also be drawn inside the living room within the expanse of the few feet that separate the couches from the TV screen.

Buddha in a Traffic Jam, Indu Sarkar, Baadshaho and now Parmanu, to an extent, have already been branded as propaganda and the Accidental Prime Minister and Uri are expected to go down the same route. While our best film-makers remain busy filming eulogies for convicted criminals, the Indian right-wing awaits its own Clint Eastwood, who is not afraid to tell India’s story in a fashion that forces everyone to stand up and take note, even if begrudgingly. 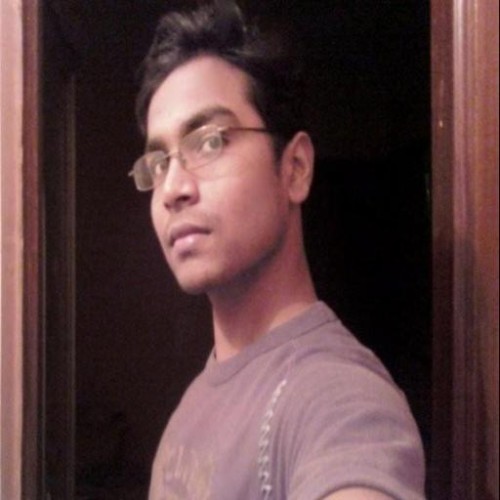 Saurabh Patelhttp://www.saurabhpatel.in
Slave of the Big4, master of finance, and a user of Oxford commas

Tribals in Hasdeo Aranya protest against the double standards of the Congress government in Chhattisgarh: Ground Report