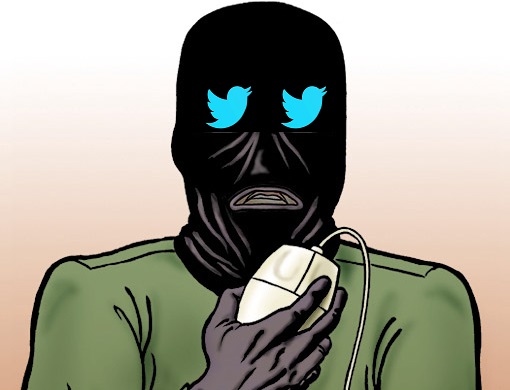 “Madness, as you know, is like gravity. All it takes is a little push.” – Heath Ledger as The Joker, The Dark Knight.

The recent crackdown on the supposed Naxal sympathisers in connection with the Bhima Koregaon violence as well as assassination plot to murder Prime Minister Narendra Modi has led to a massive meltdown on Twitter of the left-liberals. The first sign of the noose closing down on them is that the suave demeanour gets thrown out of the window.

Founding editor of The Wire Siddharth Varadarajan, referred to a media website as ‘Godi Media’, a wordplay on ‘Modi Media’ where godi stands for ‘lap’, implying the media which sits in the lap of PM Modi.

I just love this line from a godi media website: “Navlakha has been visiting Jawaharlal Nehru University (JNU) in Delhi and Kolkata’s Jadavpur University, both left bastions, for years now.”

The term is usually used by trolls to refer to news channels like Republic and anyone who does not conform to the same ideological leaning that people like Varadarajan espouse. To see the former editor of The Hindu use the term shows how the mighty have fallen. Most of them, in the defence of the accused, have ignored glaring facts like Gautam Navlakha having links with notorious ISI funded Kashmiri separatists.

Varadarajan is not the only one to have lost the sense of decorum. The so-called journalists whose primary job is to find out facts are busy dishing out opinions instead of trying to get to the bottom of things.

I am not buying this mythical plot to kill Modi by #SudhaBharadwaj & others arrested in this awful crackdown. Only the credulous will believe it is a re run of the many Gujarat modules busted by Shah all out to target Modi

The assassination plot for Prime Minister Modi is ‘bullsh*t terror plot’ according to NDTV’s Sreenivasan Jain.

This is how it works: North Korean channels run some bullsh*t ‘terror plot’ letter against @Sudhabharadwaj as gospel truth, prevaricate when she sends legal notice, and now gloat at her arrest.

The terror plot itself is a joke….this seems an attempt to resonate the idea of Urban Naxals ahead of polls…sympathy and politics simultaneously. https://t.co/iUBCkdMSUt

And could ‘undeclared emergency’ be far behind?

Dear Bhakts, don’t waste your time on us. Your pressurising tactics or threats will not work. Instead, ask your police to provide evidence. #UndeclaredEmergency #SaveDemocracy

Under the Modi regime’s undeclared Emergency, rights activists and dissenters are either shot at, killed, or raided, arrested and jailed. The arrests of Sudha Bharadwaj, Gautam Navlakha, Vernon Gonsalves, Varavara Rao follow on the heels of the murderous attack on Umar Khalid.

And Supreme Judge Shekhar Gupta even gave the verdict that these arrests and raids will be tests for the courts for their ‘wisdom and spine’.

Arrests of Left activists/intellectuals is McCarthyism taken to another level. Playbook: use commando-comic channels to malign those you want to ‘fix’ with zero evidence, then arrest them on nothing charges but draconian laws. Courts will be tested for their wisdom & spine

And then ‘BJP did it’ narrative.

For decades, Dalits have celebrated #BhimaKoregaon without being attacked by Hindutva-vadis. This year, that changed. Now, instead of arresting instigators of violence like Bhide, the BJP has ordered cops to go after Dalit activists, their lawyers and members of the PUCL. Brazen.

To put it straight – the so called plot to ‘kill P.M.’ has to be designed by Pune police upon the instructions of Modi-Shah to generate sympathy for Mr. modi in the hearts of gullible masses before 2019 and also scare the ones who are fearlessly fighting against RSS-BJP for years

And a bit of self-promotion never hurts.

As a biographer of Gandhi, I have no doubt that if the Mahatma was alive today, he would don his lawyer’s robes and defend Sudha Bharadwaj in court; that is assuming the Modi Sarkar hadn’t yet detained and arrested him too

It is amusing to see those who usually bat for law taking its due course are up in the arms defending their own and proclaiming them as innocent. Perhaps that is what ‘solidarity’ is all about.