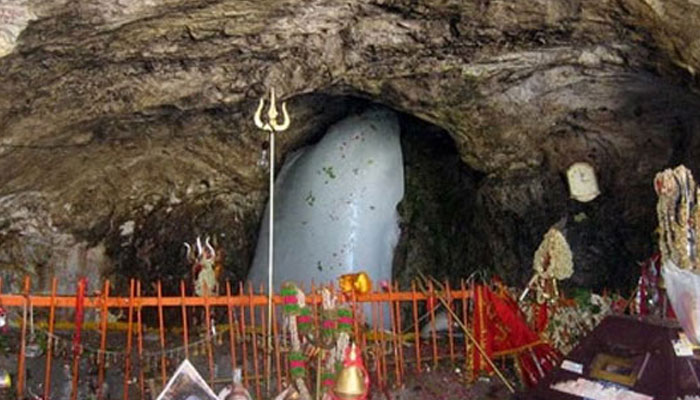 In the previous article in the series, we discussed the incestuous network of civil rights organizations and their history of arrests under various governments and regimes. We discussed how there is a web of organisations that peddle the same kind of agenda that goes against the interests of the nation. We also showed how all the ‘Urban Maoists’ raised and put under house arrest belonged to one of the organisations in the entire web. This incestuous nexus that terms itself the ‘civil society’ and often one would find this ‘civil society’ coming together to condemn the hanging of terrorists like Afzal Guru or even Kasab, the arrest of Maoists, Naxals, and even be fraternising with Kashmiri separatists.

The media often parrots the line of such “civil society” that is, after all, not very civil. There are times when one wonders how can sections of the media possibly be coordinated enough to publish similar articles, on the same day, taking the same line of argument. Is it because they all magically think alike? Is there a deeper connection?

Remember the coordinated demonisation of the Amarnath Yatra. Articles after articles talking about how the Amarnath Yatra is not about faith alone about has a ‘political context’ to it? In the current article, we shall discuss how the Amarnath Yatra was demonized by various sections of the media based on the report of one such organization that fits perfectly well into the incestuous nexus of the very ‘civil society’ we explored in Part 1 of this series.

The narrative that Amarnath Yatra is more political than spiritual was parroted by many portals.

The National Herald, the mouthpiece of the Congress party, published an article titled, “Is Amarnath Yatra more political than spiritual?” based on the assertions made in the aforementioned report. The Wire, which has a complicated relationship with the truth, also published an article based on the assertions of the report titled “On the Amarnath Yatra, Faith and State Go Hand-in-Hand”.

Firspost published a report on the Amarnath Yatra as well titled “Amarnath Yatra attack: Armed with faith, unfazed by tragedy, thousands of pilgrims leave for shrine” which makes use of the assertions made in the aforementioned report.

Foreign Policy published an atrocious article where it states India is trying to create a ‘Jerusalem like’ situation in the ‘divided’ region of Kashmir through the Amarnath Yatra. The article quoted the members of the organizations that published the report as well.

Sabrang India, which has the controversial activist Teesta Setalvad as one of its editors, also published an article in which it used the report in question to demand the demilitarization of the Amarnath Yatra and increased focus on its environmental impact.

The concerned report titled ‘Amarnath Yatra: A Militarized Pilgrimage’, on the basis of which all of the portals wrote the abysmal articles was published by the Jammu Kashmir Coalition of Civil Society (JKCCS) in collaboration with Bangalore based Equitable Tourism Options (Equations). It’s website describes the organization as “a federation of human rights organisations and individuals working in Indian administered Jammu and Kashmir.”

The JKCSS has three constituent organizations: Association of Parents of Disappeared Persons (APDP), Public Commission on Human Rights (PCHR) and the International People’s Tribunal on Human Rights and Justice in Indian- administered Kashmir (IPTK). Apart from the glaring fact that not just Kashmir, that even Jammu is being referred to as “Indian administered” gives one a hint about the inherent biases of the creators of the report.

The report makes the assertion that “The current day rituals and belief of the Amarnath Yatra are therefore only as old as 150 – 160 years, and can hardly be considered to be ancient. However, there has been an attempt to retrace the history of the Yatra to ancient times and to the practices of Kashmiri Pandits.”

The report also attempts to further the narrative that the Amarnath Yatra is not religiously significant. It states, “Several Kashmiri Pandits, some living in the Valley and others living in Jammu and Delhi also asserted that while some people from the community to go on the Yatra, it is not religiously significant. They also shared that the day of Shravan Poornima is not celebrated as Raksha Bandhan in Kashmir. According to some of the Kashmiri Pandits interviewed, there has been no specific tradition to visit Amarnath on Shravan Poornima, instead, the community visits a Shiva temple in the vicinity of their homes.”

The report goes on to state, “In the initial 140 years or so of the Yatra’s existence it seems to have stabilised and became a matter of routine, with not too much of an impact on the people of Kashmir. In 1985, with the resurgence of the
Hindu right wing and the Ram Janmabhoomi campaign, several shrines attracted the attention of the Vishwa Hindu Parishad and especially, one of its subsidiary organisations, the Bajrang Dal, which were used to revive a fundamentalist form of Hinduism.”

The report makes the insinuation that the Amarnath Yatra is not a religious but a political Yatra which the state supports to assert its domination on Kashmir. The environmental concerns that it voices appears to be merely a ruse to cloak its true intention of casting aspersions into the nature and integrity of the spiritual Yatra. It becomes clear when the report states on its 10th page, “After passing by posters and hoardings announcing the Yatra all the way from Islamabad1 to Pahalgam, as the team approached the Nunwan camp, it came across buses full of people shouting slogans like ‘Hindustan mein rehna hai bum bum bhole kehna hai’. Clearly, for some, the reason to participate in the Yatra was not spiritual alone.”

We shall now delve a little more into their background of the organisation that published such a motivated report on the Amarnath Yatra, which was, in turn, picked up by National Herald, The Wire, Foreign Policy, First Post, etc. 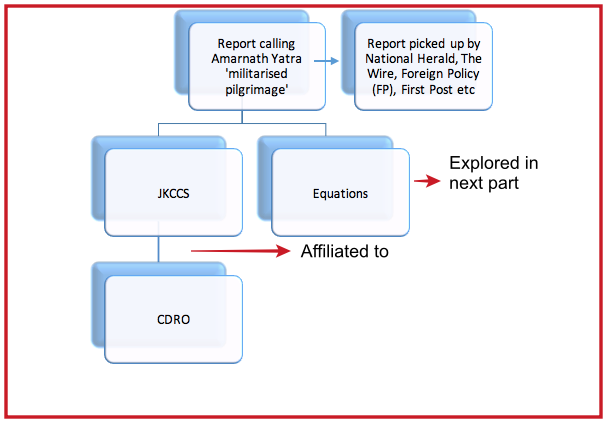 As per ‘The Global Intelligence Files’ published by WikiLeaks, Pervez Imroz, the President of JKCCS, the founder of PCHR and one of the conveners of IPTK, said in an event organized by the federation that “the civil society had an important role to shape up the opinions in Kashmir. At a time when even lakh troopers besides cops are leaving no stone unturned to suppress the movement, it is the responsibility of the civil society to give vent to aspirations of Kashmiris”.

In an interview that was published on TwoCircles.net and reproduced by YouthKiAwaaz, Imroz makes some contentious statements. He says that “Army camps in Kashmir have succumbed to ‘mandir culture’” and “the State is hell-bent on bringing radical ‘Hinduisation’ of army ranks”. In the interview, he states, “Barring Maoists and radical humanists, all streams of the parliamentary left in India didn’t care about Kashmir and confined themselves to rhetoric.”

He also makes the argument that India “can be considered” a ‘Brahminical Hindu’ state in response to a question that sought a comment on remarks made by many that Kashmir will become an Islamic State if it secedes from the Indian Union. But the most controversial statement in the interview was when he said: “…our primary concern is to put the military out and a majority in Kashmir believe that Pakistan is an option which is a lesser evil than the present regime.”

It is also pertinent to mention that a resolution was adopted on the 20th of April, 2013 at a public meeting organized by the JKCCS which recognized “the people and territory of Jammu and Kashmir to be under occupation of the Indian State in denial of the peoples’ legitimate right of self-determination”. 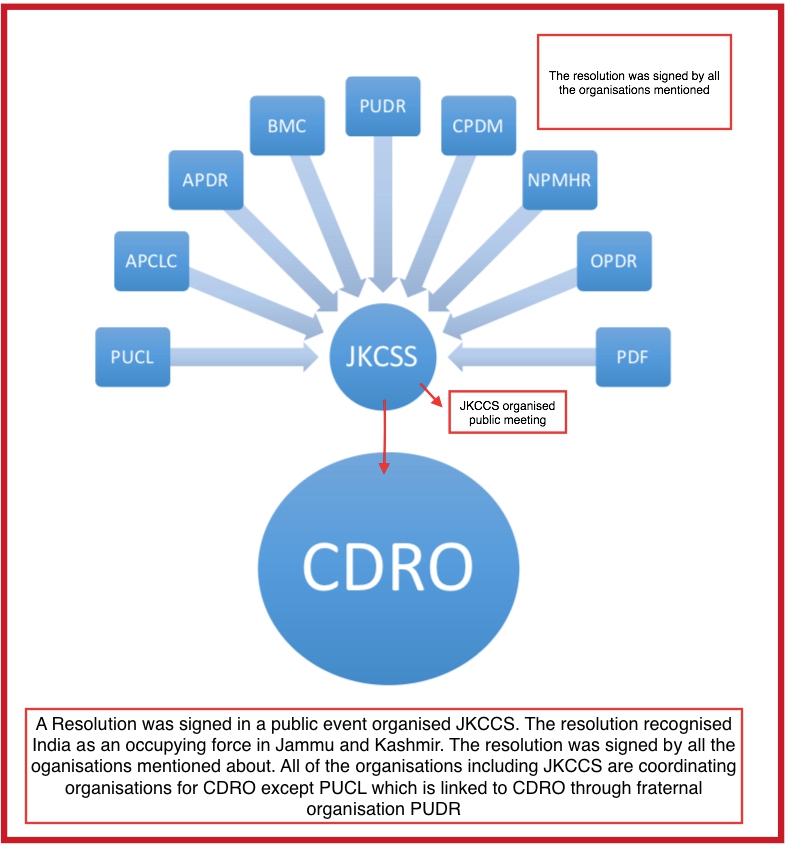 In September 2016, Khurram Parvez, Program Coordinator of JKCCS, was put in preventive detention by Jammu & Kashmir Police. 52 academics, activists, lawyers and writers issued an open letter for the immediate release of Parvez including Arundhati Roy and Gautam Navlakha. Parvez Imroz had once claimed in a press conference that the Indian government was conspiring to kill him. As per a report by KashmirWalla, Imroz was arrested by the Police as well and a case under FIR No. 353/2013 has been lodged against Imroz at the Shergari Police Station, Srinagar. JKCSS also claimed that its researcher and lawyer, Kartik Muruktula, was detained and interrogated by the Police at the Wagah Border upon his return from Pakistan.

Significantly, a connection also emerges between separatists in Kashmir and the so-called ‘Urban Maoists’. The JKCCS which calls India an occupying force in Jammu and Kashmir is affiliated to the CDRO which is intricately linked to many who were arrested for alleged links to Maoists. And a resolution was adopted by various organizations associated with the CDRO along with JKCSS at an event which was organized by the latter.

Considering the ideological inclinations of the publishers of the report on Amarnath Yatra, it is intriguing that none of the media outlets cared to inform their readers of the JKCCS’ history. Surprisingly, only The Wire attempted to offer a critique of the report and mentioned occasions when members of the JKCCS found themselves in trouble with the law. The organization that published the report has as its President, a man who believes Pakistan is a better option for Kashmir than India. That itself should have raised a red flag. It is even more bewildering that the mouthpiece of the main opposition party in India published an article endorsing the assertions made by the report which was published by an organization with clear separatist ideological inclinations.