Under such circumstances, the BBC's research has suffered another strong blow to its credibility. 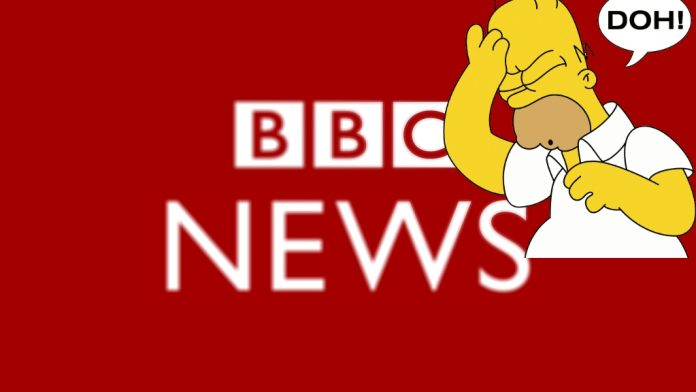 We have comprehensively debunked in a series of articles the methodology used by the BBC in its research on Fake News in India. And we have also pointed out the major flaws in the amended report published by the BBC after pulling it down. We have now discovered further details which are worth mentioning.

In their amended report, the researchers have claimed that BoomLive and factcheckers.in are certified by the International Fact-Checking Network (IFCN). That’s not entirely true. As per IFCN’s website, factcheckers.in’s accreditation expired on the 9th of November, 2018.

It must be clarified here that the outlet most likely was accredited for the entire duration of the research. Even if that be the case, when an addendum was added yesterday, this fact should have most certainly been mentioned. These might seem like innocuous slips, however, while writing an academic paper this omission is unethical. In fact, factchecker.in, still uses the IFCN certified logo on their website even though their accreditation has expired as on 9th November 2018. That in itself should be considered fake news.

There are more significant concerns regarding the accreditation, however. Govindraj Ethiraj, the founder of IndiaSpend and BoomLive, is on the Governing Board of IFCN. Therefore, this appears to be a case of self accreditation. Not only Ethiraj, other members of the Board also appear to run their own fact-checking websites. And what academic standards did the BBC researchers follow while using IndiaSpend’s factchecker.in and Boom Live because of their accreditation by the IFCN? What credibility does IFCN itself have and how does its certification make any portal so credible? What academic standards did IFCN meet that inspired the researchers at BBC to hold their accreditation in such high regard? Especially considering members of the Board run fact-checking websites themselves which are then given accreditation by the organization.

Furthermore, the BBC failed to mention in its amended report that factchecker.in’s accreditation had expired on the 9th of November.

Let us illustrate the standards of a site that is certified by IFCN: Fact Crescendo. Despite the legal head of Twitter India apologizing profusely for the anti-Brahmin placard that was held by Twitter CEO Jack Dorsey while posing for a photograph, Fact Crescendo calls it Fake News. In the entire article, it wasn’t even mentioned what was the Fake News in the story. Is this standard of fact-checking BBC finds credible for its research?

Under such circumstances, the BBC’s research has suffered another strong blow to its credibility. Although it has admitted that the research doesn’t provide any clue regarding what extent Nationalism affects Fake News, the bias in its research is becoming increasingly evident. The BBC must come out clean and admit that it’s research on does not adhere to academic standards and issue an unconditional apology.

(We thank Roshan Pai for the tip-off)