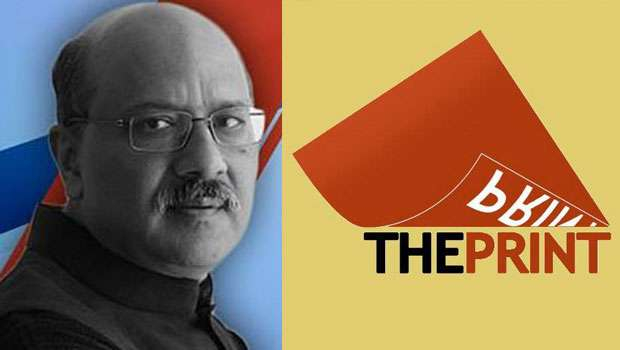 The Indian ‘liberal-secular’ historian circuit, which has a great love for Muslim invaders and their alternate history never ceases to amaze readers. The ‘secular’ intellectuals have time and again resorted to false narratives and facts to put Mughal invaders on a high pedestal.

An article written by Salma Yusuf Hussain, who proclaims to be a food historian, has gone a great length to charm the readers by displaying her intellect regarding the culinary culture of the Mughal era. But, in her attempt to display her intellect, the author has resorted to extreme fawning towards the Mughals, by being flexible with the facts.

In her piece, Salma Hussain writes that it were the Mughals who gave India a variety of fruits like cherries, apricots, grapes and melons. Salma in her attempt to eulogise Mughals for introducing exotic food culture in India not only peddles distorted facts but also discredits the true Indian past which had a role in introducing food system and varieties in the country.

Contrary to Salma’s claims, the grapes were not introduced by the Mughals in India rather it was known to the country predating the Mughals. Twitter user Hamsanandi has also provided the excerpts of an old Kannada scripture titled “Lokopakara”, a Kannada work written in 1025 CE during the times of Western Chalukyas of Kalyani. The book ‘Lokopakara’, which means “for the benefit of common people”, is a handbook of everyday life for commoners and describes various topics such as astrology, portents, vastu (architecture), water-divining, vrikshayurveda (the science of plant life), perfumery, cookery, veterinary medicine, etc.

In this book, there is a reference in Old Kannada language, a precursor to the modern Kannada literature, which suggests that fruits like grapes and palms were indeed used as ingredients implying that the introduction of grapes in the country is much more earlier than claimed by the author.

Fiction: (By a culinary journalist expert for The Print) – Mughals brought grapes to India( So around 1509 CE)

It is not very surprising to see that some sections of secular liberals and self-proclaimed historians fantasising the Muslim invaders like Mughals. The Mughal Fixation Syndrome pushed by the liberals of this country to credit every bit of accomplishment to the invaders who destroyed the long-held culture and traditions of this country is nauseating.