OpIndia
Home Opinions Arun Jaitley: An inclusive politician, and a lawyer who was a symbol of humility and acceptability
OpinionsPolitics

Arun Jaitley: An inclusive politician, and a lawyer who was a symbol of humility and acceptability

If Ram Jethmalani was a symbol of flamboyance, Arun Jaitley represented humility and acceptability. 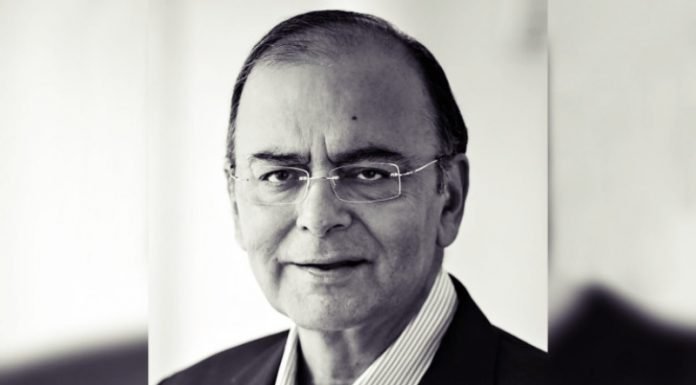 Arun Jaitley had a wide contribution to Indian Politics and Bar. Not only Arun Jaitley was successful in Political life and Legal career but the fact is that he also represented the aspirations of young urban Lawyers from the middle class and poor background that could dream big and think of a successful legal career with determination and perseverance. Arun Jaitley was a perfect blend of the sharp legal brain at the same time humility which is of the paramount importance in public life.

Arun Jaitley rose to prominence as a DUSU president and was arrested during Emergency as he supported JP movement. After that, he was jailed for 19 months and was freed only after the Emergency was ended. In those days, Arun Jaitley was widely regarded as the custodian of morals and ethics and was heralded as the most promising politician in upcoming times. He could not contest 1977 elections as Atal Bihari Vajpayee wanted him to contest, but due to his age is less than 25 at that time. Such was his impact on the national leadership of Janta Party that he was approached by legendary figures like Nanaji Deshmukh, Morarji Desai, Atal Bihari Vajpayee and Lal Krishna Advani. It was courageous lawyers from Indian Bar at that time that combated the evils of draconian emergency when Press was censored and all the other institutions were paralysed.

After that Arun Jaitley deliberately kept a low profile for many years as he focussed on his legal practice and kept himself at bay before being officially inducted as Minister in 1999 NDA Government. Mr. Jaitley had dominated Delhi High Court along-with Mukul Rohatgi in those years and He was often considered as Darling of Media. If Ram Jethmalani was a symbol of flamboyance, Arun Jaitley represented humility and acceptability. After that he was inducted in the Cabinet and had managed many important portfolios like Law Ministry, he was appointed Minister of State for Information and Broadcasting (Independent Charge). In addition, he was appointed Minister of State for Disinvestment (Independent Charge). The disinvestment ministry was created for the first time in accordance with the policy of disinvestment under the World Trade Organization regime. On 23 July 2000 following the resignation of Ram Jethmalani as the Union Cabinet Minister of Law, Justice and Company Affairs, he took over his ministry as an additional charge. He is perhaps the best mediator and trouble-shooter in Indian Politics who had high regard across the entire political spectrum.

Jaitley perhaps was one of the few BJP strategists who was not completely in sync with the idea of Shining India and had a different opinion from Pramod Mahajan. He always believed that Development Propaganda misses important undercurrent which can connect with the voters and was firm that Shining India will not connect with the rural masses. He proved to be right and BJP had to go through a debacle in 2004 elections.

In 2006, Arun Jaitley was again elected from Rajya Sabha and this marked as his second innings in his Political career. He played a pivotal role as a Leader of Opposition in Rajya Sabha between 2009 to 2014 and attacked the Government on issues like 2G Scam, Coal Scam, Adarsh Scam etc. He has to be credited for setting the anti-incumbency narrative for the outgoing Government in 2014. He defended Narendra Modi politically in his speeches and played a vital role in getting him to the national scene in 2013 when Modi faced severe resistance from the Old Guard of the Party. Arun Jaitley was his go-to man in Lutyens Delhi and was responsible for Narendra Modi’s first speech at Shri Ram College of Commerce where he first time hinted to contest for Lok Sabha elections and take over the reins of BJP as a PM candidate. Arun Jaitley shaped Indian Politics through this and later everything is history. As a Minister, he enjoyed the confidence of Narendra Modi and played a crucial role in the Defence Ministry and Finance Ministry. He was Pro-FDI and various sectors like Pharma and Aviation got a substantial increase in it because of him. His speeches and presentations in favour of GST and Demonetisation were really helpful for the Government which was often targeted by Economists and oppositions. Even after becoming fragile due to health conditions, he advocated Government on Rafale issue and Balakot Air Strike with strong legal arguments saving the Government’s position where it looked vulnerable.

Mr Jaitley was an institution in himself and more than respect and fame, he had earned people. His ability to take a firm position yet managing to reach out to opposition as he did in getting the GST Act passed was an exceptional skill which nobody in his contemporary age possessed. He was a man of exemplary qualities like oratory and understanding of complex legal and constitutional issues. Mr Jaitley is not here between us but he has definitely left an unparalleled legacy and void which cannot be filled so easily.

Siddharth Acharya is an advocate practising in Supreme Court of India and National Company Law Tribunal. He is a lawyer by profession but a documentary film-maker and writer by passion. Siddharth has done some commendable documentary films on Jammu and Kashmir like The Abandoned Cranes on Kashmiri Pandits and Article 35 a and Unspoken Catastrophe on plight of West Pak refugees.