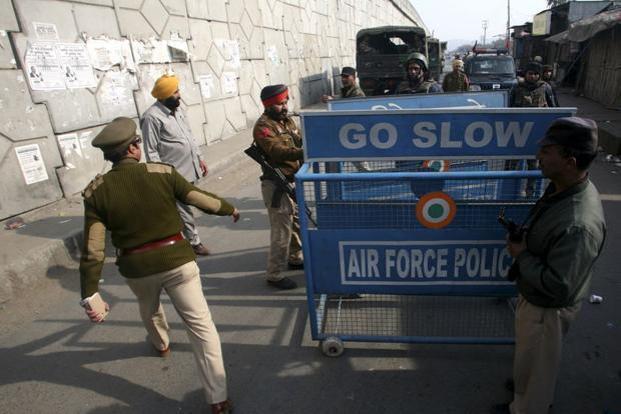 I had once said that the only political party which can defeat BJP, is the BJP itself. I was alluding to the fact that time and again, BJP has scored self-goals and put itself in a quandary from a seemingly winning position. Last night too, BJP and along with it the Government of India found itself in a similar situation.

For once it had seemed that the Government had found a spine in acting against errant media houses, when an Inter-Ministerial Committee (IMC) of the I & B Ministry had decided that NDTV India should be taken off air for a token one day, due to its broadcast which was deemed to have revealed “sensitive” information regarding national security, during the anti-terror operations at Pathankot. We had put out all the evidence and rationale of the IMC, based on the order of the IMC exclusively accessed by us, and had asked the readers to judge for themselves.

Even as BJP’s supporters were triumphant that NDTV India would have to finally pay for its errors (or sins), the media, editors guild and other allied characters were crying victim and shrieking emergency.

NDTV India itself took a very aggressive stand when its prime-time anchor Ravish Kumar tried to spin the entire issue from “revealing sensitive information about national security” to “NDTV being banned for questioning authority”. Not only did this move smack of arrogance and the tendency to misguide, but it also showed that NDTV India was unrepentant. NDTV also moved the Supreme Court to challenge the Government’s order.

While this was the public posturing, privately NDTV was apparently working on track-2 initiatives. Yesterday evening Prannoy Roy along with other NDTV staffers met with I & B Minister Venkaiah Naidu asking the Government to have a re-look at the order. The I& B ministry also issued a brief statement about the meeting:

So while NDTV’s public posturing was quite different from what it did privately, I & B Minister Venkaiah Naidu too back-tracked from his press conference just hours before this meeting where he justified the ban, and decided to put the ban “on-hold” till the “decision is reviewed”. It was a climb-down for both sides, but since NDTV got the better deal, it was a loss of face for the Government.

It wasn’t clear exactly what had transpired between the two sides: Had NDTV privately accepted their error? Had they pleaded with the Government to reconsider? Had they promised to be on better behaviour in the future? At least NDTV’s staffer who are on Twitter vehemently denied any such moves and claimed that they had only appealed to the Government to given them another hearing.

To make matters worse, Venkaiah Naidu took to Twitter to give out the reasoning behind this change in stance, and ended up embarrassing the Government even more. In a confusing statement, in one tweet he reiterated that the IMC was clear that NDTV had violated due process & procedure & compromised national security in their coverage of Pathankot attack. But he followed this statement with tweets invoking “the Government’s liberal democratic ethos & principles” and the Government’s belief in “freedom of expression”. How can “compromising of national security” and “freedom of expression” go hand in hand?

Even the Supreme Court of India, when hearing the case of similar transgressions by NDTV and other media houses for their coverage of 26/11 had this to say:

The Court clearly distinguished between “freedom of speech” and actions “putting national security in jeopardy”.

Further, this entire episode throws up more questions like:

1. Is this form of personal appeal (used by NDTV) to ask for a review, sanctioned by any law or code?

2. If not, has the I & B minister set a precedent where in any channel in the dock can come to the I & B Minister and at least put an order “on-hold”?

3. Where does this leave the IMC which had initially ruled against the channel? Is this a curtailment of their powers?

4. Most importantly, what exactly did NDTV representatives say to Naidu to make him change his mind? NDTV India had been given 2 opportunities, one in writing and one in person to present their case before the IMC, then why did Naidu afford them another opportunity? What had changed?

5. What happens to the other channels which are facing similar orders, for far less serious offences? Can they also use this route to seek a review?

6. Why did NDTV approach the Government, when they had already moved the courts? Were they not sure their case would be up-held by the courts?

In any case, this episode has left the Government look weak and indecisive. If the Government was afraid of the back-lash and did not have the spine to execute an order (which was in fact softened from a 30 day ban to a token 1 day ban), then they shouldn’t have ordered such a ban in the first place. And when they did, they should have shown the courage to stick to it.

Even as we discuss, some quarters are wondering why the words “on-hold” were used instead of words like “cancelled” or “rolled-back”. Has it got something to do with the fact that November 9th is when the results of the US elections are likely to be out, and losing out on a potentially high TRP day would hurt NDTV India a lot? Hence, has the Government chosen to give a temporary reprieve, in effect postponing the ban? Only time will tell.