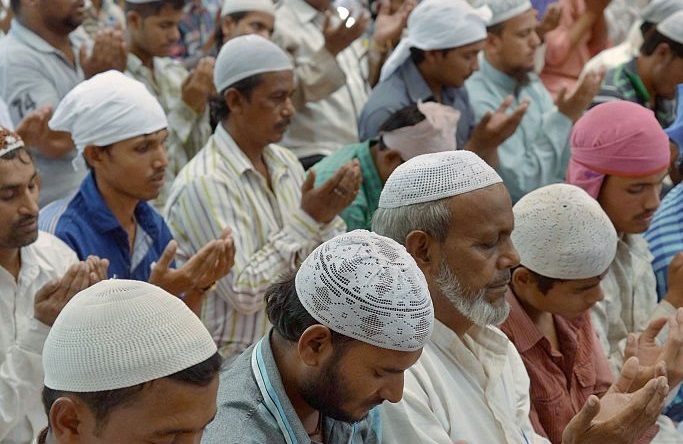 The Uttarakhand government on Saturday announced its decision to provide a 90 minutes break for its Muslim employees, so that they are be able to attend the Friday prayers. This decision was taken during a cabinet meeting chaired by Chief Minister and Congress leader Mr Harish Rawat.

Incidentally, the announcement came a few days after the BJP government in Assam had announced that the government run Madrasas would not be allowed to observe Friday as a weekly holiday, as Sunday was the only government recognised weekly holiday.

Since Madarsas are religion specific, the Assam government’s Education Minister Himanta Biswa Sarma said that a 60 min break would be given for prayers on Friday, but Madarsa teachers won’t be allowed a special holiday on Friday because the government rules have to be the same across sections.

There have been some protests by Madarsas over this, but the Assam government has made it clear that government aided Madarsas won’t be allowed to make rules for themselves superseding government rules.

This is not for the first time that a BJP government is asking Madarsas to fall in line with government rules and regulations. Last year, the Maharashtra government had de-recognized those Madarsas that imparted only religious education and did not teach formal subjects like Maths and Science.

Since the state goes to polls next year, the decision by the Congress government in Uttarakhand is being seen as a ploy to garner Muslim votes – something the party thinks can be secured by pandering to religious sentiments alone.

BJP, as expected, termed it an example of appeasement policy of Congress. The party wondered if the state government will allow similar breaks for members of the Hindu community:

What if Hindu community says that they need 2-hour break on Monday for Shiv puja, on Tuesday for Hanumanji, on Sunday for Sun God?: N Kohli pic.twitter.com/KvvWFLcI7t

While it heated up politics in the state, on Twitter, people got some opportunity to make jokes:

I need tuesday,thursday and saturday breaks for my bajrang bali,sai baba and shani maharaj prayers too. https://t.co/x2vca5Hae4

Don’t crib over people of one community getting a two hour break on Fridays. Break from the work is meaningful ONLY if you work otherwise