This TV ad explains the importance of ‘appearing’ liberal 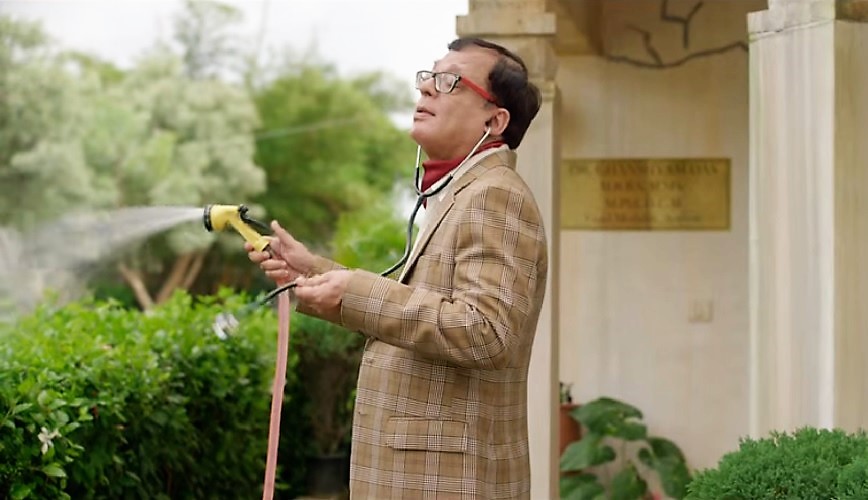 This thought had struck me more than a year ago, when I saw this particular television advertisement. Then the ad slowly disappeared from TV screens. However, I saw it again during the recent India-England cricket series. So hitting a mauke pe chauka, I thought to pen my thoughts finally.

First, take a look at the ad:

So a doctor, who worked hard to earn all his degrees and gain knowledge, was not being accorded respect just because his house was not well painted from outside. The doctor never felt the need to get his house painted as such, but nonetheless had to get it painted as he desperately needed to be respected (who does not want to be respected?).

Now forget the brand and the product. But what you just saw perfectly describes why some people have to align themselves with the “left-liberal” camp. It’s that external paint that gives them the respectability that has been elusive for various reasons (many times because they don’t have any degrees but still want the respect).

I don’t want the “liberals” to start targeting the brand as they had done with Paytm after an ad pricked their guilty conscience. So let me clarify that I think the company didn’t at all think this way, but they have explained the power of left-liberals through their ad.

Left-liberalism is that outer paint that makes the truth (the degrees) redundant. The paint becomes the truth.

And those, who insist that the paint is just an outer façade, are accused of belonging to the “post truth” world.

The biggest beneficiary of this paint is the Congress party; this contract of painting the walls was awarded by Indira Gandhi during the 70s, when almost all institutions were stuffed with leftists (and they continue to run them with mafia like control). It made sure that despite numerous irregularities and excesses, the party, and especially the family, continued to be “respectful”.

This paint makes sure that the family is always shining, despite scams (from Jeep scam to Helicopter scam), attacks on civil liberties (from first amendment to forty-second amendment), massacres, and suppression of dissent.

How effective and magical is this paint can be gauged from the fact that Shabnam Hashmi, whose brother Safdar Hashmi – a communist playwright and theatre personality – was killed by Congress backed goons, has been batting for the party religiously. On the other hand, a random goon slaps a filmmaker and everyone in BJP has to resign.

I come from Bihar and have seen how people belonging to the so-called lower castes were not even allowed to vote by the upper castes (well, this is not the worst of the atrocities committed against them). Almost without fail these upper caste goons and their patron leaders were from the Congress party. Yet, there is not a blemish on the Nehru-Gandhi family for fostering and emboldening such casteist and criminal elements.

In fact, look at the magic. Dalits are presented to be the “natural voters” of Congress, and Lalu Yadav – who rose as the voice of the so-called lower castes and who decimated Congress in the state – is today the ally of the party and has got nothing to say against the Nehru-Gandhi family.

It is not just politics; it works in academics and media too. In fact, it works there as charm.

Arun Shourie – who these days has become fount of truth for the liberals – demonstrated in his book Eminent Historians how people with dubious academic records and practices became “eminent” just because they had this “paint” on them.

The fact that this paint is needed – else a postman will take your name disrespectfully – was demonstrated recently when some leftist rags tried to run down Dr. Vijay Bhatkar, a computer scientist who led Indian efforts to develop indigenous supercomputer, because he has an RSS association (not the right kind of paint).

err, happened to lead the design team of Param supercomputer. wud u ever introduce Irfan Habib as a card-carrying CPM member? classy,eh? https://t.co/neynC1iQRZ

This will continue till this particular paint has a monopoly in the market. The tragedy is, this monopoly is tough to challenge due to the mafia like control the left-liberals have on institutions. We have seen – from JNU to UC Berkeley – how they don’t cede an inch to dissenting voices. When you are not even allowed in the marketplace, there is no way you can even imagine to change the market.

Till then, your option is to either get your house painted (stop criticising or cracking jokes on the liberal luminaries, regurgitate whatever they say, join their lynch mobs) or get labelled a “troll” and face disparaging comments from the postman.