Daaru pe Dialogue: what I told my right-wing Hindu friend about removing 295(A) 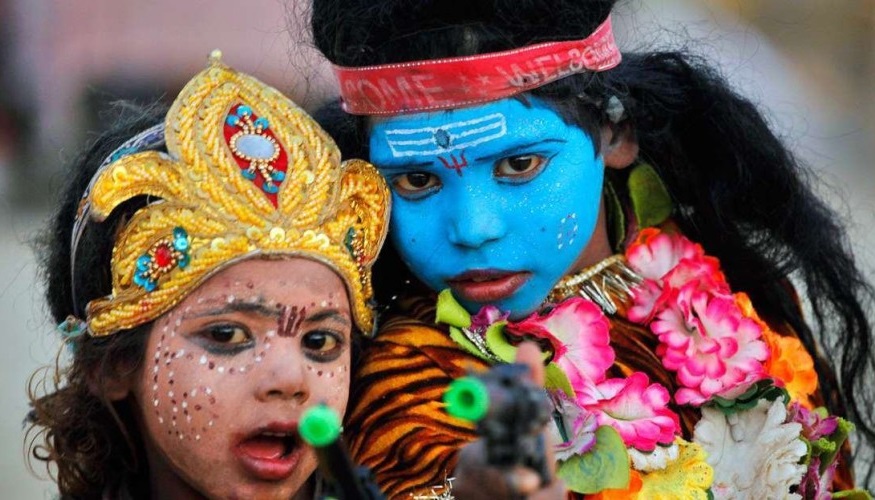 Last night I committed the cardinal sin. I had a discussion about politics/social issues over beer with a friend, who identifies himself as a “Right Wing Hindu”.

It all started thanks to this tweet by former AAP leader Prashant Bhushan where he had said, “Romeo loved just one lady, while Krishna was a legendary Eve teaser.Would Adityanath have the guts to call his vigilantes AntiKrishna squads?”

This tweet was enough to let the whole of Twitter on fire. And let me be clear, I completely sympathise with the Hindu anger. After all, there is a man called Kamlesh Tiwari who was thrown in jail because he called a Prophet of a minority religion a homosexual. That was enough for him to get death threats, and now the man will live his life with a real bounty over his head.

So, anyways, this is how the conversation between both of us happened. I am sharing the entire exchange in a conversational format so that everyone gets the gist of the discussion. Obviously, the conversation has been “de-beered” to make it worthy of publication:

Friend: Did you read Prashant Bhushan’s tweet? Once again yet another person goes after Hindu Gods, and no one will do anything about it. Look at what @padhalikha says “Some Sanghis get all principled & ask for removal of 295A, as if that bothers us! Police not with you and Jihadis with us is what we’d love!”

This is you, every time something like this happens you go on saying that we should remove 295A (IPC section that makes it a crime to outrage religious beliefs) so that we can also criticise Islam and there will be a level playing field. But when we criticise Islam they behead us. Who will take that risk? Liberals already love Islam. People like you just don’t get it. Removal of 295A won’t help us even one bit. What we need to start doing is start using the same law against them, and that is how we will get even.

Me: Bhai, calm down. I get your anger. First of all, if you remember correctly, I am the guy who filed a complaint against Vishal Dadlani when he criticised the Jain muni Tarun Sagar Ji Maharaj. But what happened after that? Various complaints got filed around India. Vishal Dadlani got a little scared and went and apologised to Tarun Sagar Ji Maharaj and things died down. What do you think will happen this time? There will be outrage. Some people might file a police complaint again. By the time a FIR is registered (that is very doubtful) Prashant Bhushan will apologise and say he was misunderstood. He will say he meant XYZ instead of ABC. Sab chilla ke baith jaayenge and then after a few days someone will say something again. How does this solve anything?

Do you think if you go on using this law the criticism or even abuse of Hinduism will stop? Hinduism has seen and survived much more virulent criticism while this law was there. So this is not helping Hindus.

You might want to get even, but will this change the inherent nature of Islam and the problems that exist in our society? Do you think that suddenly if people start taking offence to the criticism of Hinduism and file complaints in police stations, we will have a sudden change in the hearts and minds of Islamists? Do you think evangelists will stop conversion?

Friend: So what if 295A does not go. At least some abuse against Hinduism will reduce. And some of these hypocrite liberals will get some good treatment.

Me: Abuse will reduce, but to a very minimal extent. Also, you might see them as big problem on Twitter, but liberals are a tiny subset of the problem. If you are a right-wing Hindu, you should realise that bigger problem on ground is conversions.

Have you read the Quran? Or for that matter have you had a cursory look at the Old Testament. There are verses after verses in both those books that criticise the very basis on which Hinduism is based on. The Abrahamic lobby will go on criticising Hinduism by merely uttering what is written in their holy books, and you cannot stop them. Have you forgotten the Calcutta Quran Petition? People tried to ban the verses that preached hatred in the Quran, and they lost.

See this is our problem. We assume that the other side will follow our rules and behave in a certain way. What I on the other hand am trying to say, is that we need to assume that the other side will go on criticising Hinduism under the guise of freedom to practice and preach their religion. You have to realise that you are competing against two global/powerful proselytising/predatory faiths.

Friend: But how does that affect Hindus? Come what may, liberals will never criticise Islam or Christianity in India. They never do.

Me: yaar, these Twitter and TV liberals are not the only liberals. If 295A were not around, Sanal Edamaruku would not be living outside India. There are so many young kids who have given up Islam/Christianity but don’t criticise them openly because of the fear of being jailed. Not only that, I have met so many young Muslims and Christians who secretly admire Hinduism and dislike their faith but will not speak about these issues openly.

Friend: They don’t fear being jailed, but being beheaded. An atheist blogger in Kerala was killed only last month by Muslim fanatics, you know.

Me: I agree that is a very vital issue. But that’s law and order problem, not 295A problem which is about free speech.

In fact, why isn’t anyone in this country willing to identify where the problem lies? It is almost as if the entire law and order machinery in India has taken a back seat so that anyone and everyone can come up and start fomenting trouble. The first amendment by Nehru made ‘threat to public order’ as one of the ‘reasonable restrictions’ on free speech. Now that gives license that you create an atmosphere were you threatened public order, and the speech is suppressed, legally! Thanks to Nehru.

Friend: You have just proven my point. 295A goes but first amendment remains. Who benefits? Surely not the Hindus!

Me: I hear you. In fact the recent changes proposed by Law Commission makes it even worse for free speech. But, we have to fight for these rights only.

Another problem is that we are a highly under-policed society. The ratio of police personnel per lakh of the population is abysmally low in India. Now I am not suggesting we go to a strictly Western model and attain the recommended ratio as per the United Nations. The safety and security of each and every citizen of India has to be a non-partisan issue. Instead of holding politicians across political lines accountable, we are trying to find refuge under one banner or the other and accepting a society that is based on competitive psychosis.

Maybe what I am saying is far away from the ground realities of India. But just because the reality is grim, does that mean we start accepting mediocrity? I certainly don’t think so. As an active and responsible citizen of India, I will always try to shed light on issues that I feel have to be looked at in a non-partisan way. If that means someone calls me a dreamer so be it, I can live with that. But I refuse to let the political class of India wash their hands off this one. I sincerely hope that a significant number of supporters across political parties start talking to their representatives about this current state of affairs and demand them to solve this problem in unequivocal terms.

Friend: Hmm, So what are you suggesting? Be more precise.

Secondly, we should oppose the recent law commission recommendations. The day is not far away from where we might start having laws where it might be ok to criticise the majority religion, but, critique of minority religions might get completely outlawed under the guise of hate speech.

Don’t believe what I am saying? Just look at what has happened recently in Canada. The Canadian parliament has passed a motion called M103, a non-binding motion that calls on the government to ‘condemn Islamophobia and all forms of systemic racism and religious discrimination’. In short, this is a backdoor entry to stop criticism of Islam and only Islam.

In India knowing what our leftists are capable of, I won’t be surprised that we get some law that states that as Muslims and Christians are a minority in India, we cannot criticise these religions at all. Have you forgotten Manmohan Singh’s words where he said that Minorities, particularly the Muslim minority, have the 1st right over our nation’s resources.

Who is to say that they won’t extend this kind of thought process to other areas? Today the BJP is in power. But it won’t be there forever. What if UPA comes back to power? We have to make sure that we have the freedom to criticse bad ideas irrespective of who is in power. And time to get that freedom is now!

I believe we have the best man for that job right now. If anyone can do this, it is Narendra Modi. It is time to fix the police force and judiciary. We should demand from him is that we make sure that we transform into a Law and Order based society from the current semi gangland democracy that we are where any random mob can cause threat to public order.