The truth about ‘plastic rice’ being sold in the markets 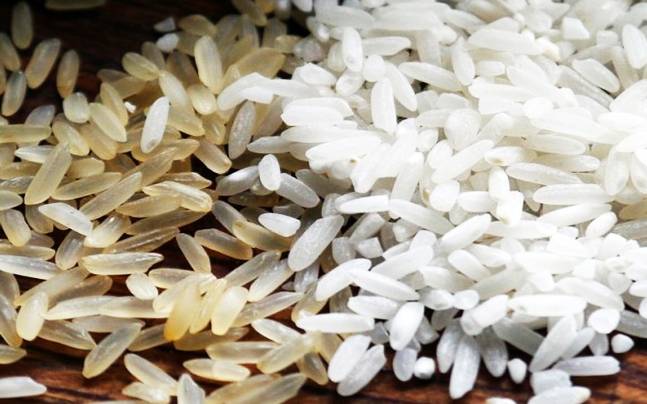 Rumours related to food items are not new. Some are exaggerated truths (say, toxic vegetables) while some are plain lies like we had seen during the demonetisation period in November last year about shortage of salt, etc. It is not easy to ignore even dubious claims being made about edible items, as it is related to the well-being and daily lives of everyone. This time, the claims are about fake food or food items made of plastic.

There have been panic in various parts of the country after there were rumours of plastic rice, plastic eggs and plastic sugar flooding the markets. Such reports came from Andhra Pradesh, Karnataka, West Bengal and even Delhi.

This led to many people panicking as the commodities in question are consumed in vast amounts and any adulteration with hazardous products like plastic might lead to serious health issues. Soon the administration swung into action in order to ascertain the truth.

As it turns out, most of the claims were rumours without any shred of truth. The Karnataka Food and Civil Supplies Minister U T Khader outright dismissed the rumours and blamed vested interests for spreading them. As per some estimates, plastic food doesn’t even make any ‘economic’ sense for adulteration as plastic is usually costlier than these food items.

Interestingly, this plastic rice rumour is pretty old and not limited to just India. Similar reports from South East Asia and even China have emerged earlier, and even there they were dismissed with similar logic. For example, even Malaysian newspapers had reported that there was no economic incentive to mix plastic in rice. The President of Malaysia’s rice wholesale association claimed that there was no profit to be made from plastic rice. This plastic rice phenomenon has also been dismissed by the Malaysian health department.

Now this ‘plastic theory’ has further been debunked by the Delhi’s food safety department. According to reports, the food department had collected at least 27 samples from the market and none were found to have had any plastic. The rumour was that such plastic rice was imported from China. However, an environmental rights activist stated that such stories were unlikely to be true as India already produced enough paddy and didn’t need to import rice from China.

Incidentally such reports of plastic food items are not new and such rumors are spread due to sensational media reports and unverified videos on social media. In October, the phenomenon of Chinese fake eggs had gripped Kerala after a local news channel had somehow managed to claim that fake eggs were being sold in the Idukki district of the state. This resulted in people releasing various anonymous videos about them receiving fake eggs. This prompted the food inspection officials to make checks and after even sending the samples to testing labs they concluded that all the eggs in question were real.

A similar phenomenon was also witnessed in West Bengal recently. Apparently the people in Kerala were convinced of the plastic eggs phenomenon after they thought the thin keratin film between the egg shell and egg white was actually plastic.

So how did this all begin

The origin of the plastic rice phenomenon actually has nothing to do with plastic. In 2010, China witnessed the Wuchang rice scandal where traders added flavours to ordinary rice to pass it off as premium Wuchang rice. In 2011, the Korean Times claimed that traders in Taiyuan, Shaanxi Province were selling fake rice which was made by mixing potatoes, sweet potatoes and plastic. This seems to be the first recorded report of the plastic in rice phenomenon. Also in this case the rice was not completely made of plastic but it was merely an additive.

Large news organisations too have apparently fallen prey to this rumor. In December 2016, the BBC and CNN had reported that large amounts plastic rice was seized in Nigeria. This was later dismissed by the Nigerian authorities who claimed that the rice actually contained bacteria above permissible limits.

As pointed out by various sources, the ‘plastic food’ can never be a mass phenomenon as there’s almost no profit in making plastic versions of cheap foods and then selling them. The only such contamination can take place when it comes to premium versions like Basmati rice which is rarely consumed by people and hence shouldn’t result in mass panic as has been witnessed recently.