Another Janmashtami procession attacked in Uttar Pradesh by a Muslim mob 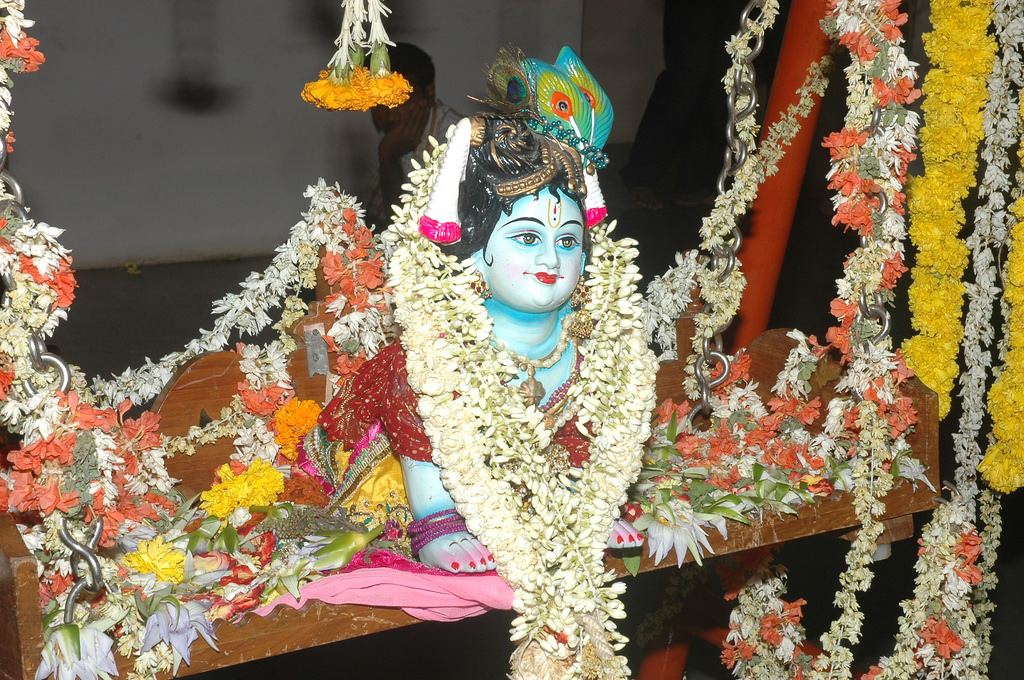 On Wednesday, the Behata Gusai village in Uttar Pradesh’s Budaun was engulfed in communal tensions after members belonging to a ‘particular community‘ had attacked a Janmashtami procession in the village, which resulted in injuries to various persons including policemen. The attack included opposing the ongoing procession and also pelting stones at it.

It was earlier believed that the fight had lasted for about 2 hours after which things had calmed down, but new reports suggest that the situation continues to be tense. Hindus there are reportedly getting angry over the fact that no strict action has yet been taken against the attackers. The police and PAC continue to be deployed there and the marketplace too was closed on Friday. Reportedly 16 people have been arrested regarding the matter.

Even though various media reports of the incident only referred to the aggressors as “particular community”, some who claimed to be eyewitnesses called it an attack by Muslims and even posted alleged video clips of the incident.

The above case was incidentally not the only such incident and it has now been revealed that a similar stone pelting by Muslims happened on Friday evening in the Gaura Sailak village in Barabanki, Uttar Pradesh.

According to a report by Dainik Jagran newspaper, a villager named Ramdin had organised this Janmashtami procession, which included taking out a ‘shobha yatra’ (procession). While the procession was being taken to the nearby village of Gandhipur, a group of Muslims stopped it from going ahead. The chief of the police station reached the spot, and after calming down the people from both communities, managed to let the procession go forward.

But later in the day, when the procession was coming back from the Gandhipur village at about 6:00 PM, the Muslims started to pelt stones at it when it reached near a Mosque. This attack resulted in injuries to 6 people named Mukesh, Rajesh, Dinesh, Gaya Prasad, Ram Kishore and Anil Kumar.

Situation escalated as a result of the attack and a heavy police force was deputed there. The police arrested Alam, Sahnur, Munnu and Rauf for the crime. Other people responsible are being traced. All these people apparently pelted stones from their homes. The case hasn’t been reportedly registered against the accused yet. This would be done once someone files an FIR regarding the matter.

The report speculates that the attack on the procession would not have taken place had the police maintained its presence in the area after the initial confrontation was resolved. In the earlier incident at Budaun too, it was alleged that the attack wouldn’t have taken place had the police made the necessary security arrangements.