More
Home Opinions No ABC, you didn't 'step into a complex political problem', you denied genocide and...
Opinions
Updated: 4 December, 2018

No ABC, you didn’t ‘step into a complex political problem’, you denied genocide and perpetuated a dangerous lie 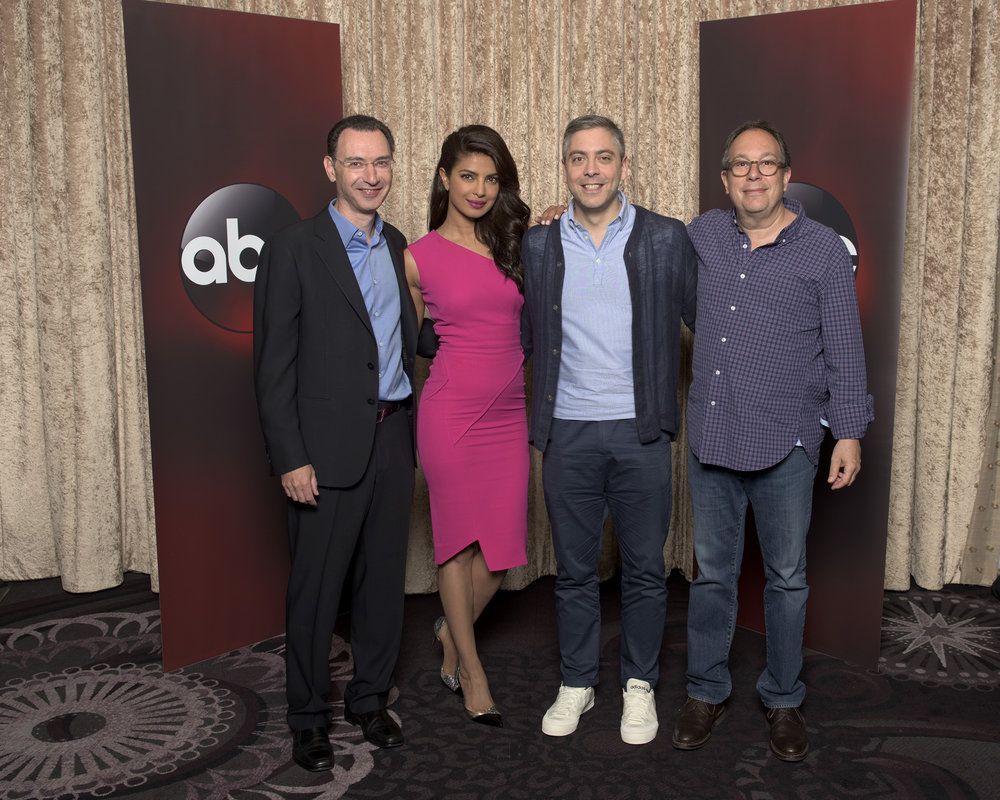 A snippet of Priyanka Chopra starrer Quantico’s latest episode ‘The Blood of Romeo’ which aired on June 1st made its way to Twitter. The snippet was about a Hindu terrorist, his identity asserted by the Rudraaksh Mala (a “Hindu Roserie” which is a “last thing a Pakistani Muslim would wear”, of course, said by Priyanka Chopra in a horribly fake accent with an annoying nasal twang) he was wearing. Why was a “Hindu terrorist” getting caught in Manhattan, you ask? Here is where it gets even more interesting. He was trying to “frame Pakistan in a mushroom cloud” that would “put America on India’s side forever”.

While creativity knows no facts and works of fiction can make ludicrous assertions, what this episode did was far beyond the realms of creativity and reasonability. After a massive backlash on Twitter, ABC “apologised”. They said :

The show has featured antagonists of many different ethnicities and backgrounds, but in this case we inadvertently and regrettably stepped into a complex political issue. It was certainly not our intention to offend anyone.

It was amusing to see ABC assert that “the show has featured antagonists of many different ethnicities and backgrounds” considering Joshua Safran, the creator and producer of Quantico had categorically said in an interview that it was deeply important to him that Quantico never features a “Muslim terrorist”. I quote a report from Vulture.com :

“For me, it was important to not ever put a Muslim terrorist on our show. There hasn’t been one.” He added that the show’s current season came close, but only for the sake of misdirection. “This year we have the appearance of one — which is a spoiler. But it’s not true,” he said. The guideline is just one of the ways Quantico is responding to the present political climate, according to Safran, who intends to significantly change the tone of the show. He revealed, “I called the network and I said, ‘Can we change the show?’ They said yes. We’re changing the show so that it can represent, in a dark time, more hope.” Yes, in the darkest of times, there is always TV.

Josh Safran is indeed a tolerant man. An interesting man. In 2016, when Quantico’s ratings were falling rapidly, he had decided to give the show a new direction. After Donald Trump’s election in the US, Safran said, “It’s been an interesting week because of course, none of us wants to deal with terrorism at this moment when a lot of us feel potentially terrorized.”

Hailing ‘West Wing‘, a political drama produced by NBC, as a model show, he said, “it was nice to see this hopeful president during a time of less hope. With a cast as inclusive as Quantico, it represents America but not the America that has just been elected.”

Safran’s basic premise is this: When Obama was President, it was a hopeful period and thus, showing scary images of terrorists and terrorist attacks was okay. But Trump’s election means the mood has changed to one of despondency, and hence, he wanted to change the tune of the show to inspire hope (assuming by not showing terrorists in their episodes).

It is unmissable that Trump’s repeated talk about illegal migrants and Islamic terrorism irked Safran. The “present political climate” has played a serious role, seemingly, in how the show, Quantico has been shaped.

When one puts his rants in context, one realises the depth of hate that was needed to air a ridiculous episode like the one which showed “Hindu Terrorists” trying to frame innocent Muslims from Pakistan. The depth of hate, and the level of propaganda.

When one connects the dots, one realises that the episode was certainly not a one-off and that a deeper malaise resulted in the debauchery. A product by a man (and a team that imitates the man) who is an insufferable “liberal”. A man who wants to shield the Muslim community from any criticism that might comes its way. A man who despises Nationalism. A man, who will just as quickly, brand a monkey stealing a banana as a terrorist than face the cold fact, that terrorism is synonymous with Islamic fundamentalism.

When Safran talks about the “current political scenario”, one realises that the “liberal” tirade here in India hasn’t been different. With the Congress meticulously spending years to paint Hindus as terrorists, to Rahul Gandhi proclaiming that “Hindutva terrorists” are a greater threat than JeM”. From the empty liberal rhetoric of the Media fraternity painting Hindus are “Brahmanical oppressors”, to using the term “Hindu nationalism” almost as a form of abuse. This, when not one case of Hindu terrorism exists. Even their “saffron terror” poster boys and girls were implicated in flimsy cases. Who doesn’t remember the ordeal of Col Purohit or that of Sadhvi Pragya? Who doesn’t remember Mani’s revelations about Congress’ desperation to built the saffron terror narrative? That Pakistani terrorists were exonerated just so the majority could be demonised. Who doesn’t remember the constant vilification of Hindus, over and over again?

The episode in question here was a manifestation of the malaise that was furthered by the “liberals” at home. And like two lovers divided by an ocean, Safran heartstrings were pulled. And how.

The Rudraaksh mala was another interesting aspect. Hindus generally aren’t the kinds who assert their religious identity. How many Hindus go to study abroad and attend classes with a tilak on their forehead? And that is not necessarily a desirable thing from the perspective of preservation of culture. But Quantico’s aim in the projection was indeed to equate fictional Hindu terrorists with Islamic ones. The subliminal messaging, too strong to miss.

In essence, the makers of Quantico equated the political atmosphere of the USA with that of India, considering the hollow rhetoric of liberals of both the worlds is so similar.

In doing so, ABC essentially, not only perpetuated a dangerous lie of Hindus being terrorists (no proof whatsoever) but became participants in the denials of genocide that Islamic terrorism has perpetuated all over the world. Even in the context of India, perhaps ABC or Safran forgot to research how deep the Indian wounds are with respect to Pakistan. The lives lost. The incessant terror attacks. The soldiers slain. The list is endless, and the numbers, heartbreaking. I won’t even bother enumerating these arguments with facts, because clearly, teaching a monkey how to play Mozart is an exercise in futility.

ABC must realise. There is no “complex political context” to the ire displayed by Hindus. This wasn’t about stifling freedom of art or any such humbug. ABC must ask itself what the repercussions would be had they decided the produce a show that portrayed Jews as the terrorists and Hitler as the victim who the Jews were trying to “frame in a mushroom cloud”.

The outrage was also partly directed at Priyanka Chopra. The only reason I find that ridiculous is because you can’t expect a half-brained pawn like her to realise the enormity of the situation. After all, she went to the Holocaust museum and clicked a selfie there. Clearly, the woman is clueless. The concepts of respect, reverence, the pain of the slain, the anguish of the victims are alien to her. After all, all that these Bollywood celebrities seem to understand, is the language of “roti”.

The treachery of our times lies in chasing livelihood, and not an honourable livelihood. Where even the ones who win the rat race, unpurposefully, mindlessly, soullessly, remain rats, after all.