OpIndia
Home Editor's picks Before Indira Gandhi was released from jail on 26th December 1978, a plane was hijacked by Congress workers
Political History of IndiaSpecials

Before Indira Gandhi was released from jail on 26th December 1978, a plane was hijacked by Congress workers 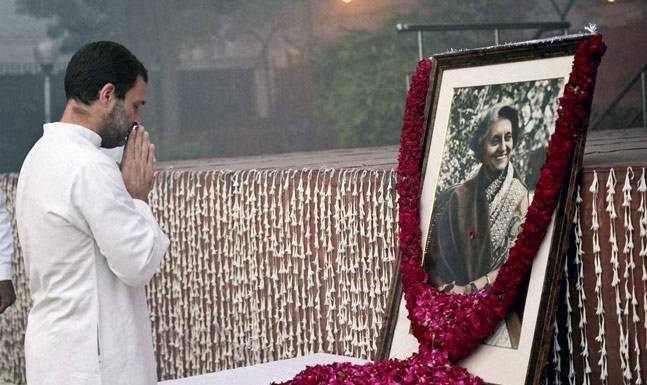 In 1978, on this day, 26th Indira Gandhi was released from jail, 6 days after Congress workers decided to hijack a plane to demand her release. Following the draconian emergency, Indira Gandhi was detained for breach of privilege and contempt of the Indian Parliament and her arrest invoked massive protests by Congress supporters throughout the country.

The protests that were triggered by Indira Gandhi’s arrest, the Left would have us believe was rather peaceful and an outpouring of emotions for a beloved Prime Minister. However, 20th December 1977 proved just how deeply embedded the basic DNA of emergency was in the Congress cabal.

40 years back on this day Congress crossed all semblance of political decency and indulged in a mid-air drama on board Indian Airlines flight 410. On 20th December, an airline was hijacked by two members of the Youth Congress.

The hijack was seen as one of the most shameful act observed by the Congress and dangerous contempt for the rule of law.

The hijacking was carried out with the intention to get Indira Gandhi released from jail while getting all criminal cases against her and Sanjay Gandhi withdrawn. Another demand of the hijackers was for the Janata Party Government at the Centre to tender its resignation. To this end, two members of the then Youth Congress, Bhola Pandey and Devendra Pandey hijacked an Indian Airlines plane IC 410 from Lucknow to Delhi, soon after it took off from Lucknow.

The then Chief Minister of Uttar Pradesh, the Inspector General of Police and the Chief Secretary took a special flight to Varanasi and arrived at that airport the following morning, to negotiate the release of the passengers.

The hijackers, who appeared to be armed, after keeping 132 passengers hostage for some hours, surrendered in the presence of media. However, later it was revealed that the hijackers carried out the counterfeit with toy guns.

The hijacking incident created quite a stir in Parliament and the Minister of Tourism and Civil Aviation. That week was marked by large-scale violence in many states triggered by members of the Congress Party in protest against the arrest of Indira Gandhi.

What could be then observed as the epitome of immorality was when the Indian National Congress instead of condemning the act which was a threat to national security, rewarded the hijackers with party tickets for 1980 state assembly election.

Bhola served as a Congress MLA from 1980 to 1985 and 1989 to 1991 from Doaba, Ballia also Devendra remained a member of the house for two terms. Devendra served the party as a general secretary of Uttar Pradesh Congress Committee (UPCC) until recently.

The Congress, further unveiling its maliciousness, hatched a plot to split the Janata Party in Parliament in 1979 and succeeded in doing so by weaning away Chaudhary Charan Singh and his followers.

The Congress Party tempted him with prime ministership if he broke away with his MPs. The party offered him support to form the government. These moves led to the fall of the Morarji Desai Government. Charan Singh was sworn in as Prime Minister by the President, but he never faced Parliament as Prime Minister because the Congress Party withdrew support before the next session and thus forced elections.

Congress’ history of corruption and malpractices are probably as old as the party itself. We Indians have somehow got used to tales of its corruptions. The Gandhi family and the Congress’ track record of corrupt activities should make even the hardened cynic thump the table and call for a revolution.

With each passing year, the magnitude of corruption and scams under the UPA just got bigger. If it was the Nagarwala scandal or the 1976 oil scam in the Indira Gandhi government, it was Bofors, HDW in Rajiv Gandhi, then the JMM bribery scandal in the  Narasimha Rao government which ended with the first conviction of a prime minister under the Prevention of Corruption Act.

The cases under the Manmohan Singh UPA government are too numerous. The Suresh Kalmadi’s Commonwealth games scandal, the coal scam, the 2G telecom scam, the Aircel-Maxis deal or be it latest under the scanner, the AgustaWestland chopper scam, one can go on and on.

The Nehru-Gandhi dynasty has taken India and Indians for granted and we have chosen to remain blind to the history of the family’s corruption, that we have almost accepted as a way of Indian life and politics.