Swati Chaturvedi has earned a name for herself on social media due to her morbid hatred for Prime Minister Modi and the Rashtriya Swayamsevak Sangh (RSS). 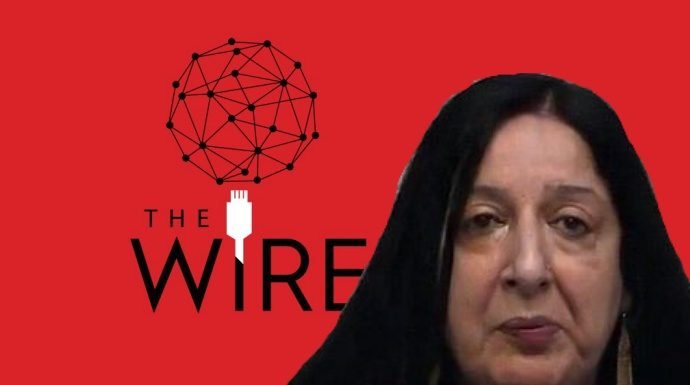 Swati Chaturvedi has earned a name for herself on social media due to her morbid hatred for Prime Minister Modi and the Rashtriya Swayamsevak Sangh (RSS). On Twitter, her behaviour generally ranges from delusional to abusive. Unfortunately, her articles are no better.

On Wednesday, The Wire published an article by Swati Chaturvedi that is riddled with exaggerations and staggering lies. In her rant titled ‘Narendra Modi Has Gone From Dog-Whistle to Vulture Politics’, she says, “His tasteless attacks on the dead and his decision to field terror accused Pragya Thakur are testimony to just how toxic the BJP has become under Modi, and his consigliere, Amit Shah.” 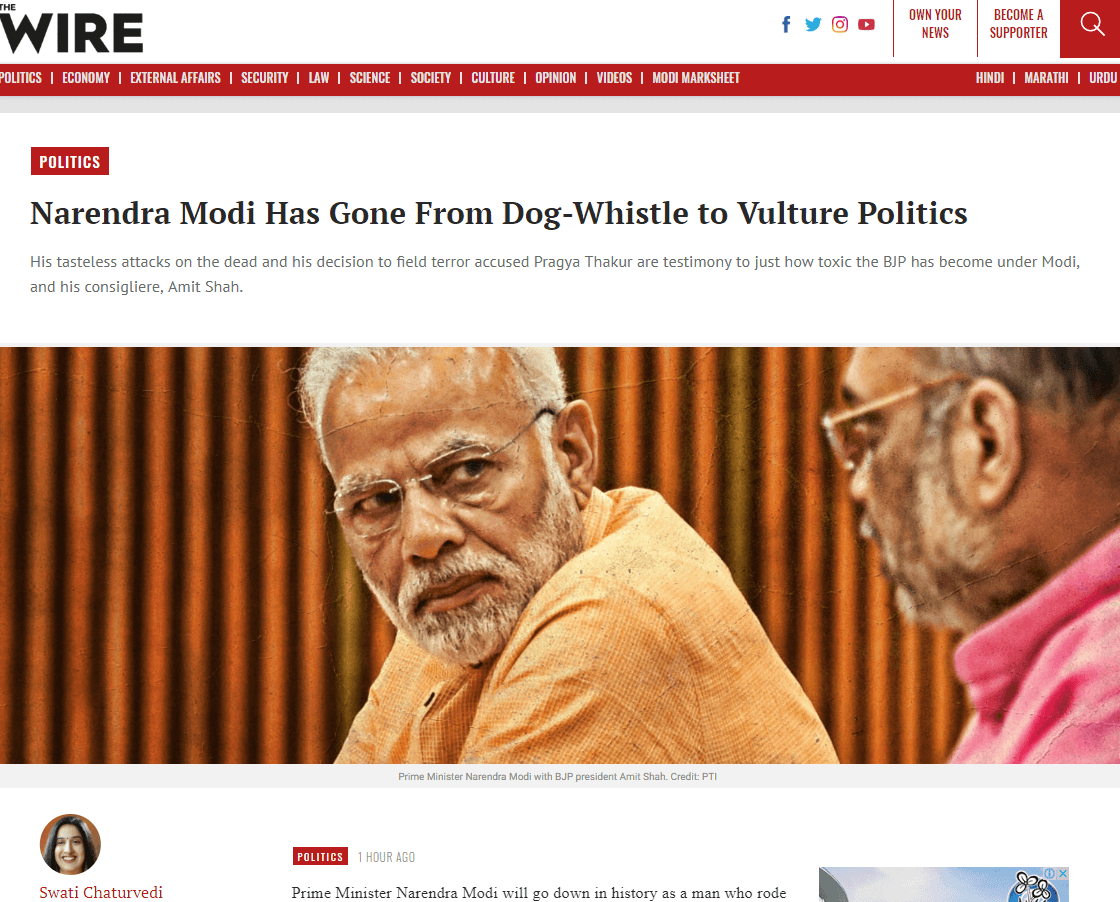 In the rant, Chaturvedi whines about the usual thing that has deeply offended liberals. The appointment of a saffron-clad monk, the Peethadhish of Gorakhnath Mandir, Yogi Adityanath as the Chief Minister of Uttar Pradesh, the nomination of Sadhvi Pragya Thakur, a victim of the Congress party’s ‘Hindu Terror’ initiative, Prime Minister’s recent attack on former PM Rajiv Gandhi’s tainted legacy, all of it caused much anguish to all liberals. And Chaturvedi was enraged enough to make an outrageous allegation against the Modi-Shah duo.

According to her, all of it are indications that “The RSS has been told by Modi and Shah that when the BJP comes back, the constitution will be tweaked to reflect India’s new majoritarian ethos and the secularism which they all hate will be excised.” It’s a completely absurd allegation. But then again, Chaturvedi is known for such antics. The absurdity of her claims is only surpassed by the vileness of her conduct.

As for The Wire, they have already demonstrated that they are more than willing to provide a platform to anyone who’s against the BJP, even people who sympathize with terrorists and whitewash the malice of terrorist sympathizers and present them as victims.

In the past, she has claimed ‘Ajit Doval’s head as NSA might roll’ and Suresh Joshi, number two in RSS would quit. Nothing of the sort has happened. Since then, Doval’s reputation has only been augmented by his stellar conduct. She had a defamation suit filed against her after she claimed that a BJP spokesperson was arrested for sexual harassment. Swati Chaturvedi’s foul-mouthedness is not new.

She has previously also tweeted abusive things to people who don’t agree with her. She is also known to have filed fake stories and targeted harassment. Chaturvedi has been accused of plagiarism (for an article talking about journalistic ethics, no less) and has been called out for blatant lies and fabrications.

Her list of transgressions is endless. She has featured in eminent lists where she has been accused of running extortion rackets, as per reports, has a meltdown at the thought of regulation, uses dead children to tweet insensitive rubbish, and gets summoned in criminal defamation cases. That is indeed a track record very few people would actually envy.

It’s no wonder, then, that Chaturvedi claims that the Modi-Shah duo has told the RSS that the Constitution will be changed to reflect India’s majoritarian ethos. Given her past track record, which is worse than a broken clock that’s right at least twice a day, it’s safe for us to assume that it’s pure and unadulterated garbage.