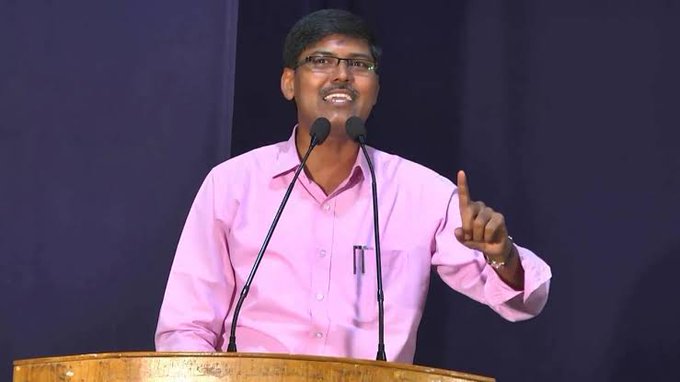 Following a pre-dawn search at his residence at faculty quarters of the university, Telangana Police have arrested an associate professor of Telugu department at Osmania University in Hyderabad, Chintakindi Kasim, for his suspected link with the Maoists.

Chintakindi Kasim was allegedly involved in a case registered under the Unlawful Activities (Prevention) Act among other sections in Mulugu Police station in 2016.

The case against the professor has been registered under Section 10.18 of the UAPA along with IPC Sections 120 B (Punishment of criminal conspiracy), 121 A (Conspiracy to overawe, by means of criminal force) and 124 A (Sedition by words, either spoken or written, or by signs, or by visible representation). He is accused of having links with banned CPI (Maoist) and propagating Maoist ideology in urban areas.

According to police sources, the team of police officials which was led by Gajwel ACP of Siddipet Police commissionerate have conducted searches at the professor’s house on Saturday and seized several books and hard disks.

“We obtained a search warrant and conducted searches at his residence in the early morning. We seized certain documents and some electronic evidence,” the police official said.

He further said the police have the information that the OU faculty is in continuous touch with Maoists party leaders. Kasim is allegedly working as an organiser of “united front vertical” of Maoists for Telangana state. “He is the coordinator for funding and other things,” the official said adding Kasim will be produced in a local court in Gajwel on Saturday.

A police official on the condition of anonymity said that they have seized his mobile phones, pen drives, revolutionary literature and some incriminating material including the correspondence between Kasim and top Maoist leaders.

While the professor’s wife has said that the professor was being targeted as he is writing and talking about social inequalities, problems of caste and unemployment, a CPI senior leader Narayana alleged that the government was deliberately filing false cases to harass intellectuals under the pretext of having Maoist links.

Continuing its crackdown on people allegedly linked with the outlawed Community Party of India (Maoist), the Telangana Police had arrested another professor of Osmania University suspecting links with Maoists. In October 2019, an assistant professor K Jagan, also a member of Viplava Rachayitula Sangham (Virasam), a revolutionary writers’ association, was picked up from his residence in connection with a case registered against him under relevant sections of unlawful Activities (Prevention) Act (UAPA) over suspected Maoists links.