OpIndiabringing the \'right\' side of India
More
HomeOpinionsSchool textbooks: Tools of knowledge or weapons of cultural genocide?
VarietyCulture and HistoryEditor's picksFeaturedOpinions
Updated: 12 August, 2021

School textbooks: Tools of knowledge or weapons of cultural genocide?

Narratives are not the truth; rather they nudge you to understand the truth in a particular way. They are never neutral or innocent; they are always strategic.

‘History’ is a debt we owe to our children, for we learn from past events and mistakes to draw guidance, inspiration from. This helps us in making wiser choices in personal life and as a society.

History is regarded as knowledge relating to past events connected to a particular set of people, country, period and usually written as a chronological account.

In India, usually the first lessons in history are imparted through school books. The National Council of Educational Research and Training (NCERT), an autonomous organisation of the Government of India prepares and publishes textbooks used by schools across India.

While turning the pages of NCERT textbooks one can often come across white-washing of inconvenient scale that make us uncomfortable to evoke a sea of emotions. As I read chapter 4 of the Hindi book Rimjhim of grade 5 called Nanha Fankar, I came across the story of a boy named Keshav, son of a sculptor with artistic talent. Both father and son are labourers at the Agra fort, carving beautiful bells and do other chiseling work under a Mughal King. The little boy in tattered clothes is unaware of Badshah Akbar and gets chided for his ignorance. The great king is impressed by the geniuses of the impecunious brown boy ‘Keshav’ who is blessed with an offer from the kind, generous, fair smooth-skinned ‘Badshah Akbar.’ I was left wondering whether I am reading a chapter of history in a Hindi book or a work of fiction as a history chapter.

Narratives are not the truth; rather they nudge you to understand the truth in a particular way. They are never neutral or innocent; they are always strategic. A narrative can become truth through persuasion or manipulation of the mind, it is for self-justification, they are designed by the narrator not only to tell his version his way but also to tell your version his way.  Indian history textbooks tell the stories of only ‘Modern India’ i.e, the British and post-independence and Medieval India i.e the Sultanate and Mughal period is focused while India that is Bharat, the glorious rich ancient history is conveniently skipped.

‘The first step in liquidating a people is to erase its memory. Destroy its books, its culture, its history. Then have somebody write new books, manufacture a new culture, invent a new history. Before long that nation will begin to forget what it is and what it was…. The struggle of man against power is the struggle of memory against forgetting.’- Milan Kundera.

RTI’s in the past has revealed that NCERT has no information on Indian history based on which they have composed the books.

My inquiry into history had made me visit various texts on Indian sculpture and iconography. The sculptural tradition in India, the Shilpa Parampara, is closely linked to the architectural field and the two together came to be known as the Vaastu Parampara, the sculptor as Shilpi. The designers and artists of the classical traditions of sculpture and architecture were known as Vishwakarma, whose name has been mentioned in the Vedas and Puranas and all skilled work connected with building and sculpture came under their direct purview.

Sculpting is a very important part of the Indian heritage, as amply evidenced by temples and their incomparable artwork. The transference of knowledge in the sculptural has been hereditary and the father’s workshop became the learning ground for the son.

During the day the actual work technique was taught and in the evening theoretical knowledge was imparted through the Shilpa text. Shilpa text Manasaram adds that the Shilpi should have a thorough knowledge of the Vedas. Various texts mention knowledge of Puranas, Natya Shastra, Sangeet Shastra and sound communication in the art of poetry and composition as a principal requirement. Thus, not only did the text speak of what was expected of the artist but the teaching mode, too.

In sculptural tradition, art objects are never copied from nature or made mere symbols of beauty. The artist’s guna or characteristics is transformed into a created object, it is of great importance that the artist maintains the purity of the inner being. The text describes, “The Shilpi should have highly developed moral and spiritual values, should be compassionate, should be without anger or envy, without worries. always content, not ambitious, with the sense under control, adhering to truth, and with a highly developed sense of responsibility, without serious ailment, and with a harmonious physical body that reflects the balance in his inner being.”

With such supreme expectations, one can only envisage the prowess of a Shilpi which is in stark contrast and pity when compared to the story of Keshav, a Shilpi, who is at mercy of the invader of this great land. It would take a lifetime to understand just one stream in the subject of architecture and iconography which is a speck in the vast knowledge that our ancestors left for us. That is the richness of our legacy.

Every page we read in a book, a paragraph in an article or blog tells us a story, teaches us something, builds our character, sets a narrative that has lasting effects on how we think, our confidence, our persona. We can choose to share stories of glorious pasts that are brimming with knowledge that can fill us with a sense of pride and nudge us to enquire in our roots. Or we can choose to reel in the self-loathing, despondent account which wants us to disassociate from anything to do with our legacy.

If you don’t know where you come from, how do you appreciate where you are going?

If this is a fictional story, then why a slave boy is named Keshav, one of the names of Lord Krishna, an incarnation of Lord Vishnu? And if this is indeed our history then the accomplishment of Yogic level required by Shilpi could have been chronicled to spread knowledge of our great civilization. Usage of slave Keshav is subtle subjugation of a young mind, a slave Keshav will never be a name synonymous to Supreme Lord whose 10 avatars have appeared timely on earth to restore Dharma. Poor Keshav has been pushed in dark alleys not only to malign one of the names of our beloved Shri Krishna but also to white-wash the barbarism of the oppressor.

Educational Institutes are regarded as Temple of knowledge. Knowledge, which is truth, but when the truth is manipulated, it becomes the responsibility of the society to strive for what is right. Which is true because you cannot build a great nation on the fallacious ground. You cannot create great personalities on battered self-worth and disdain emotions. Perceptions and narratives are strengthened among the young, who would go on to become the new rulers and citizens of the nation. A Lions’ pride will produce confident and self-assured youth who conquer great height for self and nation.

Arise, Awake and not stop till the goal is reached, the goal being ‘Truth’, as Swami Vivekanand rightly said.

Author’s note: Readers interested in gaining insight can read works by V.Ganapathy Sthapati, Chitra Madhavan, Vasundhara Filliozat on Indian temple architecture & iconography. Also, The Ultimate Goal by Vikram Sood will help understand how narratives work. Works by Mr C. K Raju (Indian computer scientist), Neeraj Atri & many others have inspired many with their contributions in the field of de-colonizing the Indian Education system. 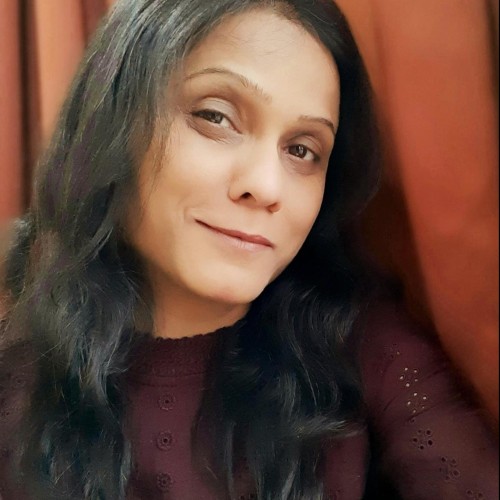