Akhilesh asks journalists to support him, promises rewards in return 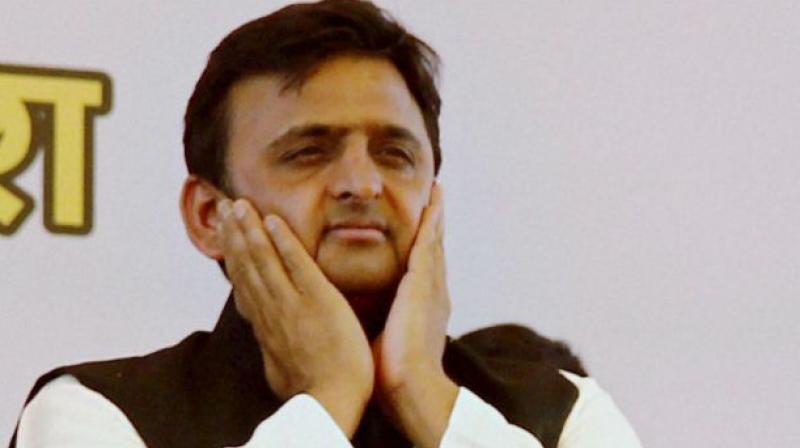 UP Chief Minister Akhilesh Yadav courted controversy recently after remarking in Hindi that “patrakar sahyog dein, baad me inam milega”, which translates into asking the journalists for their support, for which they would be rewarded in the future.

This statement and another one, which he seems to have borrowed from Arvind Kejriwal, has earned the ire of the BJP which has written to the Election Commission alleging violation of model code of conduct:

While politicians do make all kinds of statements during elections to woo voters, the attempt by Akhilesh to woo the media was something special. It was virtually a bribe offered to journalists to indulge in biased reporting, for which they will be rewarded if Samajwadi Party wins.

This comes on the heels of widespread criticism of the media, especially of Economic Times, which already has been accused of cheerleading Akhilesh Yadav government.

Now the open offer by Akhilesh naturally shocked many, and they let their feelings amply known:

Celebrity PR executives from Delhi out campaigning in Kashi must be celebrating, making last ditch to prop up AY back in the race https://t.co/xGPlIui26w

As it turns out, even Mulayam Singh Yadav, father of Akhilesh Yadav had indulged in wooing journalists once upon a time.

In 1995, Mayawati had revealed that Mulayam Singh Yadav spent more than 38 crore rupees from a discretionary fund in order to provide largesse to certain beneficiaries. As alleged, among the beneficiaries were some 70 journalists and media houses who were politically inclined towards Mulayam.

Apart from raising questions about a politician’s intentions while they court journalists, these instances also raise questions about the integrity of certain journalists who don’t seem to have any issue taking favours from politicians, which might cause their reporting to get lopsided in favor of a particular individual or political party. So much for free and fair media.