OpIndiabringing the \'right\' side of India
More
HomeOpinionsThe flawed secularism vs the famous diversity of India
Opinions
Updated: 15 May, 2020

The flawed secularism vs the famous diversity of India

As a persecuted member of a minority community (Kashmiri Hindu) that is not even considered a minority and consequently, has never been taken cognisance of, by the chest-beating, human rights citing Liberals, when I see the state of MSM i.e. ‘media-sanctioned minorities’ in India, I wonder what are people even talking about!

Media sanctioned minorities are the ones that are considered as Minorities by the Mainstream Media, ignoring numerical reality. Am not kidding. How many times have you found Sikhs, Parsis or Jains finding any place of reckoning in their discourse?

Going by the perception created by the Media, only those people who belong to the religions marketed and propagated using the twin themes of love and peace, are the minorities in India.

Having lived in and traveled to places across India, it surprises me no end to witness the outcry of ‘intolerance’ and ‘minorities under siege’. Who is showing intolerance, to whom and how, pray tell me?

Don’t people from the ‘media-sanctioned minorities’ have the liberty to profess their faith at home and in their respective places of worship? Has anyone been ever stopped from praying in a manner of their choosing? Has anyone been asked to avoid wearing visible signs of their faith in public including workplace? No!

We have heard numerous complaints about loudspeakers during Hindu festivals, but one complaint against azaan, and all hell broke loose. We have instances of students being beaten/chastised for sporting a ‘tilak’ to school, but question ‘hijab’ at school and secularism is threatened.

People who believe in many Gods, who believe in all paths leading to the same destination and who believe in the whole world being one family are branded intolerant in the surreal ‘MSM meets MSM’ world, while those believing in “there is no God except…” become loving and peaceful.

People whose population share has been dwindling on account of foreign-funded proselytising piranhas are taken to task even if a handful of people do “Ghar Wapsi” while those who have declared a mission to convert everyone are celebrated as part of the diversity and acceptance.

The ‘cabbies and maids’ source based MSM would never know how it feels to be unable to pray where you grew up praying. To find that the Shiva Linga you bowed to as a child, was desecrated and submerged in the river on whose bank the temple stood. To be marked as a target for a Bindi or a Dejhor or a Janeyu. To be told that you had to convert, die or flee – all because of your faith!

Thus, it amuses me no end when the self-attested eminences preach Secularism to us from their pulpits. As a Hindu, I’d say that our Constitution mandates that the State be secular. As a Hindu, our Conscience mandates that our society be pluralistic.

Have the wilfully ignorant self-attested intellectuals ever pondered over the following?

The answers are self-evident.

But which is the faith that gets to hear the maximum sermons about protecting secularism (a manifesto was also written) and professing tolerance? That answer is also self-evident.

As a proud Hindu, I look at all Indians as my family. It includes those believing in faiths of Indic origin and those following non-Indic faiths. I respect those whose ancestors have had to embrace the latter due to persuasion, persecution or proselytisation. They are my own and it pains me when I see perpetual victimhood being forced upon them by some self-attested eminences!

Painting regular crimes as minority persecution and covering up genuine religious persecution as disgruntlement benefits none. And unless we are aware of what ails us and accept it, how will we cure ourselves?

How can we ignore Hindus from Kashmir, Kairana, Kerala, Dhulagarh and many other places? Instead of acknowledging the problem, we are busy denying it.

These days everyone is talking about “gau rakshaks”. They are being compared with terrorists. But remember what these commentators did when a gau-rakshak was killed by cattle smugglers? They brought “political context” in the murder and tried to downplay it. As if there is no social or political context to the cow vigilantism incidents. There can’t be a more brazen and insensitive example of how some particular lives don’t matter for the flag-bearers of Indian secularism.

Despite such behaviour, Hindus in general have not complained. Perhaps, it is in this regard that we act like a typical Indian (Sanatani) family where the eldest child is expected to be virtues-incarnate while the younger siblings get away with anything! Mother India has been Nirupa Roy, for far too long, and the eldest child has been relentlessly upholding family values.

But in the 21st century of ‘isms’ galore, equality and oneness have to be The Truism.

‘Give a dog a bad name and hang him’ strategy of the past is passe! So let us stop ostriching our way out of duties.

All that ALL of us need to do is to learn and practice civility and civic duty so that tolerance and mutual-respect are a way of life for EVERYONE in India and not just Hindus.

We are Indians. We are one family. A family or a household functions smoothly only when when all chip in with their duties without fear or favour.

Let us, therefore, learn to live and let live in unity while celebrating our glorious diversity. 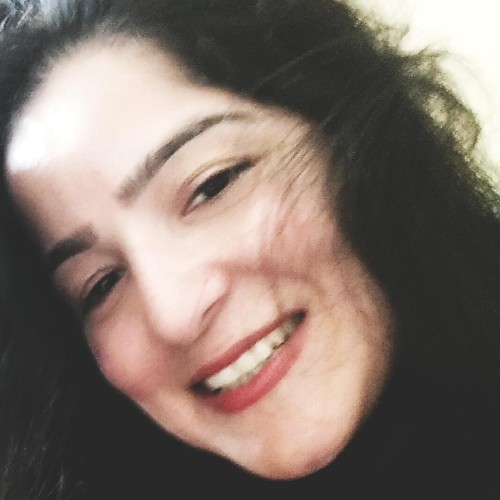 Dimple Kaulhttp://www.dimplehere.com/
Learner, Writer, Life Enthusiast | Live & Let Live, for, To Each His Own

The timeline of arrest of Alt News co-founder Mohammed Zubair