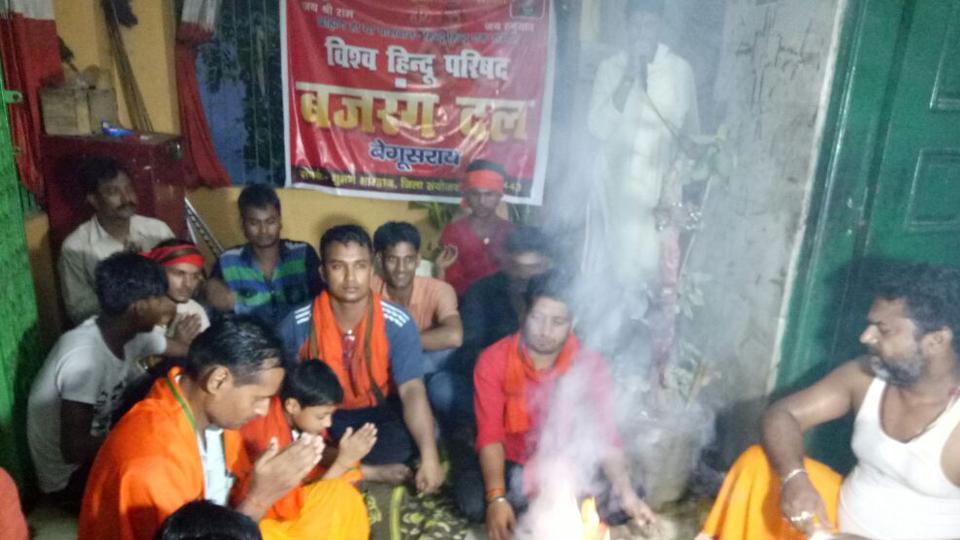 Recently it was reported how Mohammed Anwar, a lawyer from Bihar’s Begusarai region had converted to Hinduism along with his sons, after he was being threatened by some radical Muslims for failing to follow the tenets of Islam. A few radicals were also unhappy with him because he didn’t eat beef and used to donate money for the construction of temples.

His house was reportedly attacked on 2nd July by a mob, which accused him of not performing the Namaz 5 times a day. They also reportedly expressed displeasure over the fact that his kids used to study in English medium schools and not in a madrasa. The mob had also reportedly beaten up his sons aged 9, 11 while they were there.

This prompted Mohammed Anwar to convert to Hinduism and become Anand Bharti, with the conversion ceremony taking place in a Shiva Temple.

Anand might have thought that after conversion he won’t be bothered by radical Muslims calling for him to be more pious, but as it appears that problems have only increased for him and his family after their religious conversion.

According to reports, soon after his conversion, tension increased in the area which has resulted in Anand getting continuous death threats from radical Muslims.

On Friday, a mob of 15-20 people surrounded Anand and his client at a town square. They proceeded to threaten them and the Bajrangi Dal’s District Chief Subham Bharadwaj with death. Bharadwaj was the one who had organised the conversion ceremony of Anand. The mob also hurled vile obscenities.

Soon the police came to know about the incident and dispatched station head Mohammed Ali Sabri to the spot. Seeing the police, the mob reportedly fled.

This has resulted in Anand being provided a bodyguard by local SP Ranjeet Kumar. The SP has also assured action against the mob if Anand provides a written complaint.

This isn’t the only time converted Muslims have received threats for converting from their religion. In 2015, a Muslim family from Uttar Pradesh who had converted to Hinduism in the infamous “Ghar-Wapsi” program had to accept Islam again, after facing threats and boycott from the Muslim community.

It needs to be seen how long “Anand Bharti” can retain his new religious identity.