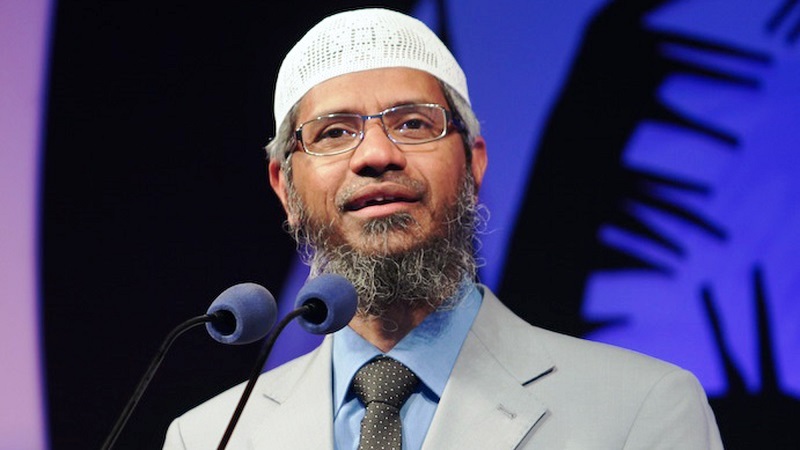 Every other day a Muslim celebrity gets told by their fans how their acts are un-Islamic. After Mohammad Kaif was trolled for doing Surya Namaskar and playing chess with his son, and Irfan Pathan and Mohammad Shami drew flak for posting photograph of their respective wives on social media and for even celebrating birthdays, the moral police army has shifted aim to non-Indian players to teach them Haraam v Halaal 101 lessons.

Now this is tricky. The Muslim celebrities, especially those on Facebook, should know what is allowed and forbidden in Islam. So we’ve got you covered, brothers (and sisters).

Zakir Naik, the legendary intellectual and patron saint of all things halaal (allowed), has given us guidelines which could be followed by these celebs to ensure they do not unintentionally do anything that is haraam (forbidden).

Here are the ten commandments you must follow to avoid being called out on your un-Islamic ways on social media.

1. Thou shalt not listen to music or dance. It leads you to do bad things:

Only dafali is allowed in Islam.

2. Thou shalt not indulge in painting or drawing (yes, Moeen Ali, listen to Naik). Thou shalt not even use photography or videography in ‘wrong’ way as they are modern versions of drawings:

3. Thou shalt not play cricket as it’s a waste of time (Shami, Irfan, Kaif, Moeen, what have you done with your lives?):

Personally, brother Zakir doesn’t say that cricket is haraam, but he doesn’t like the game. Children studying in the school run by his foundation are not allowed to play cricket, as it is waste of time for players as well as those who watch it.

4. Thou shalt not celebrate birthdays or anniversaries:

*unless it is for your husband.

6. Thou shalt not send your children to institutions offering co-education:

“Medical college, atmosphere is the worst in terms of breaking the hijab. Only Allah can save you… Examining patients is very dangerous.” – Brother Zakir Naik.

7. Thou shalt not take insurance from modern companies:

Insurance per se is not haraam in Islam, but interest that banks charge on insurance is haraam. You need Islamic banking for ‘right kind of insurance schemes’.

8. Thou shalt not use pirated software (but don’t lose hope, you can in some cases):

Piracy per se is not allowed, but you can use the pirated copies if the companies themselves allow it (?) or if the software is Islamic (?) and not available in your country.

9. Thou shalt not shake hands with someone from the opposite sex:

This is something we would suggest the Muslim men cricketers on Facebook should be careful. If they meet a woman cricketer, who recently are in news for their awesome performance in the recently concluded Women’s World Cup, they should not shake hands with them.

10. Thou shalt not fall in love before marriage, especially girls:

LBW (Love Before Wedding) does not exist in Islam (that term LBW is Zakir Naik’s invention, not ours). “Better to love the girl you marry, than marrying the girl you love” – Brother Zakir Naik.

Save yourself from committing the sins and facing the whip on the Day of Judgement.