Firstpost deletes tweet calling a columnist ‘Sanghi’, but exposes the bias that thrives in newsrooms 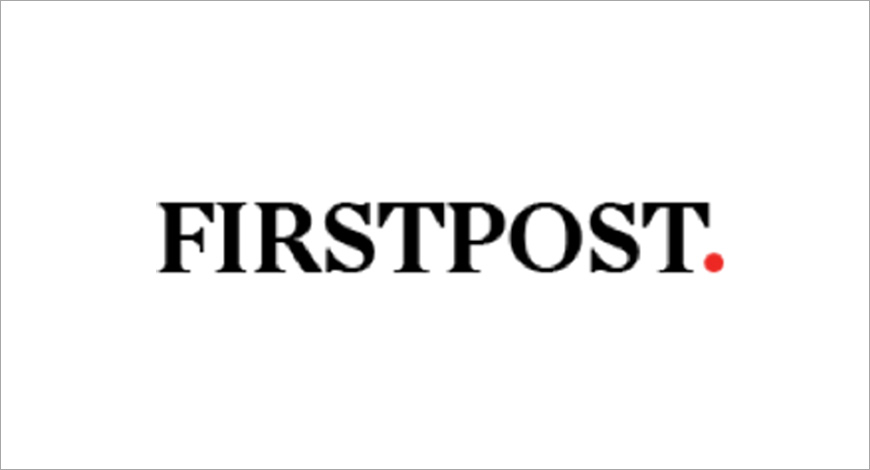 Columnist Rajeev Mantri was recently served a legal notice by NDTV’s Sreenivasan Jain for sharing three tweets in December 2017 which discussed the conduct of Jain’s father, India’s former ambassador to South Africa and his subsequent recalling.

Last week Mantri shared on Twitter that Sreenivasan Jain and another person named Gopal Jain had served him a legal notice for sharing those tweets, accusing Mantri of defaming Jain’s father, the former ambassador LC Jain.

Rajeev had expressed shock over how Jain can threaten to sue him over a tweet that merely observed some points from a newspaper article written by senior journalist KP Nayar, the link of which he shared as well. He had further shared that he is exploring legal options on how to proceed further considering a powerful journalist like Sreenivasan Jain has chosen to try and gag the voice of a private citizen.

Yesterday, however, following the threats and bullying by Jain, Mantri tweeted that he apologises for his remarks about LC Jain and he has deleted his tweets criticising his actions. Following his apology tweet, web portal Firstpost, through its social media handle called Mantri a ‘Sanghi’, saying that he (Mantri) made Savarkar proud, who, according to Congress President Rahul Gandhi is a ‘traitor’ for sending ‘mercy petitions and clemencies’ to British while he was lodged in the Andaman jail.

While Firstpost deleted the tweet soon, it shows how the crusaders of freedom of speech are usually the first ones to cheer when a private individual is bullied and threatened into silence. Earlier, too, a celebrity student activist was hailed as a ‘free speech warrior’ who had successfully bullied a bunch of teenagers to delete a Facebook page because they made a harmless meme on her. She was even invited by Congress, ironically, on an ‘anti-bullying’ workshop.

Ironies aside, what is surprising, or rather not so surprising is the fact that Firstpost continued to perpetuate the same platitude about Savarkar that the Leftist historians have been for the longest time. Savarkar is referred to as ‘British Sympathiser’ by the so-called historians usually on the ground of cherry-picking his quotes and taking them out of context and deliberately omitting the numerous statements of his where he has vehemently opposed the British. They claim that Savarkar (who was put in the Andaman jail by the British), wrote letters supporting their Raj in India. However, it is never mentioned how these letters were written under extremely gruesome treatment meted out to him by the British in Andaman jail, more famously known as ‘Kaala Paani’.

Savarkar had spent six months in solitary confinement, minus any form of human interaction. He was made to pound coir with his bare hands where his hands were often dripped with blood. He had to manually turn a massive wheel, that would squeeze coconuts for oil and had to produce about 30 pounds a day. While this punishment was only given to those who were “not behaving with the guards”, Savarkar was often made to do it despite his good conduct. Left all alone, he scraped poems on the prison walls: “The soul that suffers get stronger. The aim is freedom of the motherland”. In order to torment him, the guards whitewashed the walls one which he scraped poems. Having to go through life all alone, being allowed to write letters once in a year and a half, to his loved ones and going through tremendous physical and mental torture in a compressed cell.

Hence, what Firstpost did today, was not just a mistake. They quietly deleted the tweet without giving any explanation or apology. Firstpost tried to demean Mantri by saying how Savarkar, who had asked for mercy from British (instead of showing willingness to die for the country like the leaders Congress boasts of siding with), was a coward and so was Mantri. But applying their own logic, if Savarkar did ask the British for mercy, which according to the so-called liberals is very unbecoming of a freedom fighter, does it mean that Sreenivasan Jain is like the British, who carried out atrocities on Indians? Perhaps they are right. Perhaps, like British tortured Savarkar to ‘beg for’ clemency, NDTV’s Sreenivasan, too, bullied and threatened someone who merely stated what was reported by another media house, to ‘apologise’.

Perhaps the flagbearers of freedom of speech only like to speak their minds, but don’t like to listen to what is on others’ minds.