The investigation has revealed that the separatists have developed an organized network of stone-pelters and cadres who are incited to attack Indian sovereignty on Kashmiri soil. 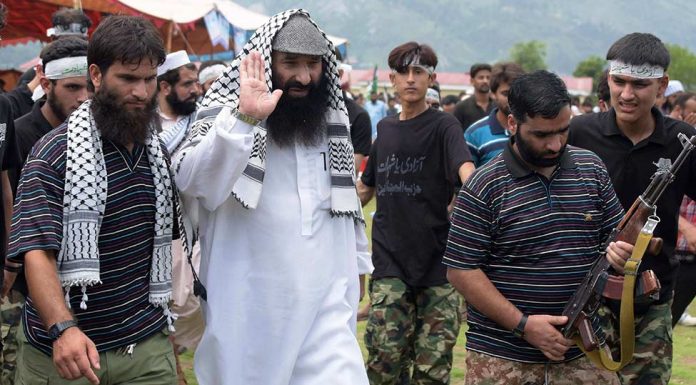 In a major breakthrough, the National Investigation Agency (NIA) has registered a case against 13 accused including 7 top separatists, 2 hawala conduits and some stone pelters in the Jammu and Kashmir terror funding case of 2017. The separatist leaders who have been charge-sheeted include the co-founder of Lashkar-e-Taiba, Hafiz Saeed, and Hizbul Chief, Syed Salahuddin.

#NewsAlert — NIA chargesheets 13 including Saeed Salahuddin. It was filed against 7 separatists, 2 Hawala conduits, stone pelters among others. Investigation reveals that the accused received funds for J&K terror acts.

Earlier in 2017, the NIA had arrested Syed Shahid Yusuf, son of Hizbul Mujahideen head Syed Salahuddin, who was questioned in 2011 terror funding.

One of the main hawala conduits, Zahoor Ahmed Shah Watali, who used to receive and generate funds from Pakistan, through various shell companies, has also been charge-sheeted. Recently, the Enforcement Directorate(ED) was in the process of attaching 25 properties worth crores, which are part of “proceeds of crime” invested by Watali.

During the investigations, searches were conducted in various locations across Jammu and Kashmir, Delhi and Haryana as well. Evidence was recovered which pointed towards the pattern of raising, collecting, transfer and use of funds for terrorists and separatist activities.

The matter pertains to a 2017 case filed against terrorists belonging to Jammat ud Dawah, Duktaran-e-Millat, Lashkar-e-Toiba, Hizb-ul-Mujahideen and other separatist leaders in the State of J&K.

The investigation has revealed that the separatists have developed an organized network of stone-pelters and cadres who are incited to attack Indian sovereignty on Kashmiri soil. The investigation has also revealed that the separatists were receiving funds from Pakistani agencies through hawala conduits and that money was routed through fake and bogus companies floated abroad and remitted to Hurriyat leaders in Jammu and Kashmir.

The NIA conducted searches at over 60 locations and hundreds of damning documents and electronic devices were seized during the process. In addition, there are 300 witnesses in the case. The evidence collected has revealed that the persons accused were orchestrating violence against the Indian Army and stone-pelting and promoting and inciting other subversive activities against the Indian State. The investigation has also established an intimate link between separatists in Kashmir and their Pakistani handlers.

The 1279-page chargesheet was filed before the Court in New Delhi and permission has been sought to continue the probe.

The raids conducted by NIA in various locations across Jammu and Kashmir, Haryana and Delhi reflected the ‘No Tolerance’ policy adopted by the NDA government against anti-India activities. The screws have been tightening around the separatists and terrorists in Kashmir and they have been feeling the heat under the Narendra Modi government. The case was first registered by the NIA in May 2017 and the first arrests were made later in July.

The NIA had in April 2019 got the infamous JKLF chief Yasin Malik in custody for 12 days in the terror funding case. As per NIA sources, Yasin Malik had then admitted that he was instrumental in bringing together the disparate factions of Hurriyat conference and formed the Joint Resistance Leadership (JRL), which spearheaded the violent agitations in 2016 in Kashmir Valley, by issuing “Protest Calendars” leading to economic shut down for over four months.

Meanwhile, in the aftermath of the ghastly Pulwama attack, the NIA had tightened its noose on Kashmiri separatists. It also took the custody of Masarat Alam Bhat, the alleged kingpin of stone pelting and Chairman of the Jammu and Kashmir Muslim League, along with Shabir Shah and Asiya Andrabi.

Asiya Andrabi heads the women’s secessionist group Dukhtaren-e-Millat had then revealed that she had been collecting funds and donations from foreign sources and Duktaran-e-Milat had been organising protests by Muslim women in the valley.

Moreover, during the custodial interrogation, Shabir Shah, chief of the Jammu and Kashmir Democratic Freedom Party, was also confronted with evidence relating to the transfer of money by Pakistan based agents and representatives of APHC factions to parties affiliated to Hurriyat in Jammu & Kashmir.

Meanwhile, Masarat Alam Bhat, the so-called poster boy of stone pelters and violent agitations in Kashmir valley, had revealed that Pakistan based agents route the funds through hawala operators which were transferred to the separatist leaders including Syed Shah Gilani Chairman APHC (G).

Masarat Alam also revealed that there are rifts in the Hurriyat conference regarding collection and use of funds.

The NIA investigation attempts to identify other key players in the nexus of the terror funding, stone-pelting at the forces and vandalization of government institutes.

Following the Pulwama attack in February, the government had withdrawn security cover of 18 separatists including Mirwaiz Umer Farooq and Naseem Geelani and 155 politicians and ‘activists’, calling it a ‘wastage of resources’.