Anuj was seriously injured and he was referred to an advanced medical facility. Ishu was discharged after providing first aid at a local health centre. 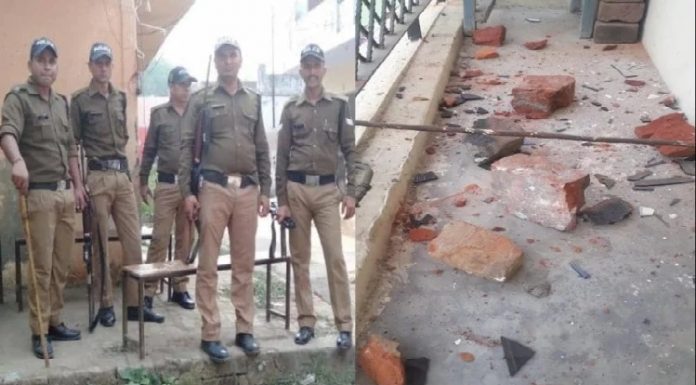 A major clash broke out between two communities over bursting of crackers during Diwali in the village of Libberhedi, Uttranchal. The arguments over Diwali firecrackers deteriorated into a massive stone-pelting, which caused a stampede in the village and injured four people. Police rushed to the spot after being informed and charged baton to disperse the crowd. In the view of the current tense situation in the village, the police have deployed additional personnel to prevent recurrence of any untoward situation. Four people have also been arrested by the police.

According to reports, the relationship between two communities in the village was tensed for the last few days over the issue of bursting firecrackers. But this situation turned violent when a large group of one community attacked a youth from the other community.

Anuj, the younger brother of Arvind, a resident of Libberhedi village, was coming back from his uncle’s house in Rudki on Diwali night after delivering milk. When he was coming back to the village on a motorcycle with Ishu, a young man from the village, around 50-60 people including Mehruddin, Sohail, Shahnawaz, Bhura were standing in front of Shamim’s shop in the village. These people stopped the two, thrashed them and attempted to and attempted to kill Ishu. Both were badly injured after attacked by sticks and sharp weapons. During this attack, Anuj managed to inform his family about the incident. In no time, a swarm of people gathered and rescued Ishu and Anuj.

They approached the spot where the two sides came to blows with each other. They started throwing stones at each other. There was a stampede as soon as the stones were pelted. The police arrived at the spot to take control of the deteriorating situation. However, despite the police’s presence, heavy stone pelting continued. Four people were injured from one side. The police charged baton at the fighting crowds and rushed the injured to the hospital.

Anuj was seriously injured and he was referred to an advanced medical facility. Ishu was discharged after providing first aid at a local health centre.

On Anuj’s complaint, the police caught Mehruddin, Shahnawaz, Bhura and Salim while the other accused are still at large. Apart from these four, a case has been registered against 8 unknown persons. Inspector Pradeep Chauhan said that police forces have been deployed in view of the tension in the village. The police have also said that they have not received any complaint from the other side.