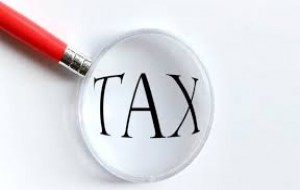 According to an Economic Times report, beginning this year, an NRI will have to share the account number of their overseas bank accounts, countries where the bank is located as well as Swift code and International Bank Account Number (IBAN).

Swift code is a Bank Identifier Code (BIC), which helps identifying the bank where the account is kept. Swift code is also used for cross-border wire transfer of funds between banks.  IBAN, an extra number over and above the usual bank account number, is used for making or receiving international payments.

Most NRIs file their income tax return in India to cover their income from stocks, properties and fixed income instruments like bank deposits and bonds. Earlier, an NRI was allowed to claim funds lying in foreign bank accounts as lawful income earned abroad. But with the new provision, escaping income tax won’t be an easy affair for the NRIs.

Mitil Chokshi, senior partner at Chokshi & Chokshi, was quoted as saying, “They may have multiple bank accounts. But going by plain reading of ITR2 form, an NRI would be obliged to provide all the bank accounts and an assessing officer will have the right to ask any question which has a possible and potential tax claim in India.”

Even non-disclosure of information could boil over from the Income Tax Department to the Enforcement Directorate (ED).

The development came following reports that money parked by Indians in Swiss Banks has hit an all time low. It is presumed that some have moved money from Switzerland to new destinations like Dubai, Singapore and Hong Kong.

Deep dive into how the Bharatiya Janata Party was formed on its 40th foundation day.
Read more