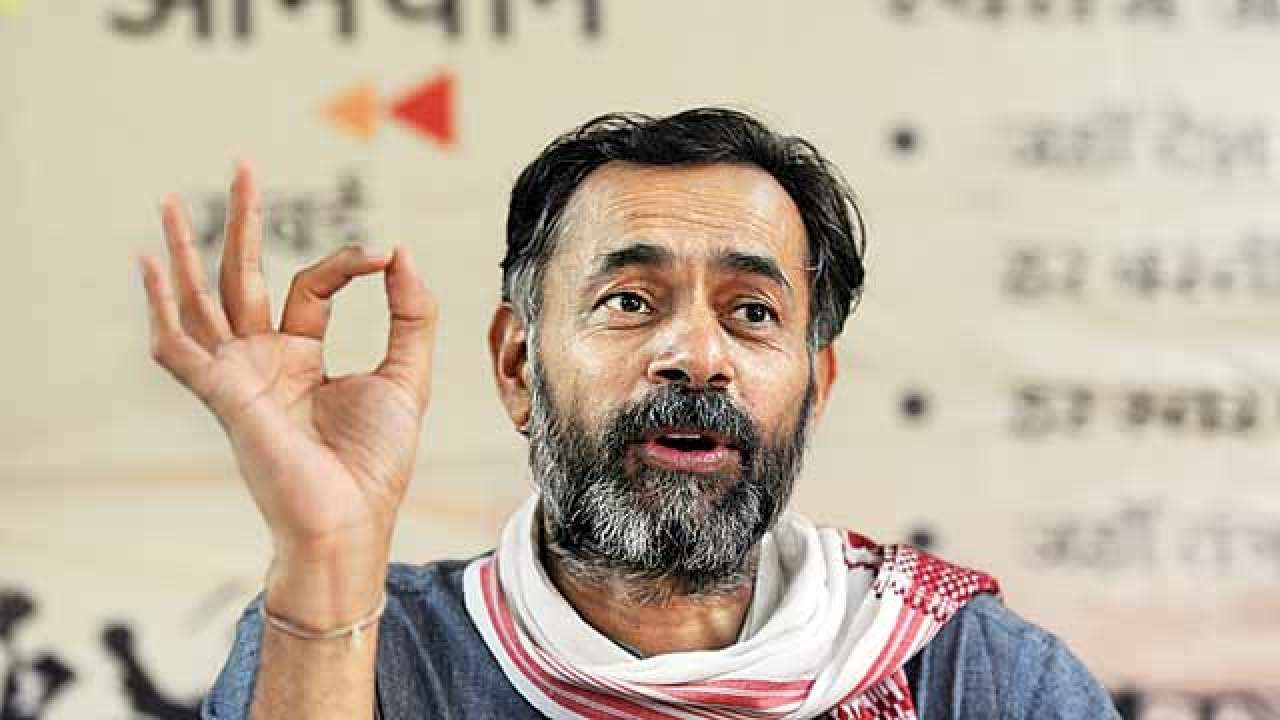 The Income Tax department has raided various places related to the family members of the Swaraj India chief, Yogendra Yadav. The raids have resulted in information, that they had allegedly made cash payments worth Rs 3.25 lakhs to the fugitive Nirav Modi, who now has an Interpol red corner notice issued against him. The IT  department has also found cash more than Rs 22 lakhs in the premises.

The raids by the Income-tax department were carried out at the Kalawati Hospital and Kamla hospital, which are run by Yogendra Yadav’s sister. Reportedly, the tax authorities have also searched the residences of the main partner of the hospital group, Dr Gautam Yadav. Dr Yadav is the son of Dr Neelam Yadav, sister of Yogendra Yadav.

The tax officials said that they had received prior information by Nirav Modi group, that Gautam Yadav had paid Rs 3.25 lakhs cash out of the total Rs 6.5 lakhs to purchase a jewellery from the fugitive.

“A total of three premises are being searched by the ITD sleuths from the investigation wing of Haryana. A team of about 40 tax officials and a contingent of police personnel executed the action,” a senior official said.

“We have searched the two premises, and we have found some links with the Nirav Modi case because some family members [of Yogendra Yadav] have made certain purchases for which payments in cash have been made,” the I-T department spokesperson told The Hindu. “We found evidence of that. We have also found evidence of unaccounted income”.

The authorities then raided the premises of Dr Narendra Singh Yadav and found Rs 22 lakh in cash. The officials said that “The current cash limit in the hand of a person is Rs 2 lakhs and the source of this cash amount of Rs 2.2 million is being probed”.

Yogendra Yadav took to Twitter to, as usual, play the ‘vendetta’ card instead of answering the questions raised and whether his family had relations with Nirav Modi.

Info from Rewari:
About 100+ force from Delhi raided hospitals at 11 am today
All doctors (my sisters, brother in law, nephew) detained in their chambers
Hospital sealed, including ICU for newly born babies
A clear attempt to intimidate.
Modiji you can’t silence me.

Yogendra Yadav said that the raise was carried out to intimidate and silence him for holding agitation against the government on farm issues. Recently, Yadav had held an agitation for fair crop price and against liquor shops in Haryana.

The department rejected the charges of intimidation against Yadav’s family and also trashed the charges made by Yadav, that the IT authorities had sealed the hospital and ICU during caesarian deliveries.

Yogendra Yadav, who is also a former leader of Aam Aadmi Party and is known to be against any policies of the present government, has been caught several times for conducting less than accurate election surveys the results of which are often in favour of the opposition parties and, as a result, are often off the mark.