India vs England: Time to include Rishabh Pant in the middle order

With the semifinal spot all but assured, this can be a good time for India to experiment a bit and see what Pant can bring to the table in that middle order. Maybe he can answer the long-standing problem of India’s Middle Order. 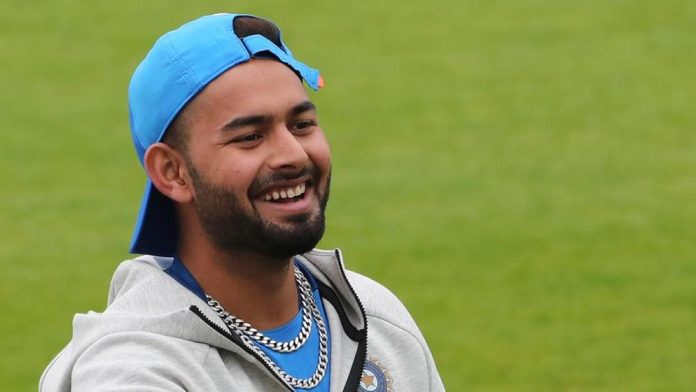 India remains the only unbeaten team in this edition of the World Cup and that record will be severely tested on Sunday against the pre-tournament favourites, England.

England has suffered a couple of unexpected reverses in the competition but they remain a very dangerous side and are very capable of defeating India. With the return of Jason Roy at the top of the order, their opening troubles will get resolved and when English openers fire (as they have often done in the last 3 years), their middle order really comes into their own to push home the advantage.

Things have gone a lot more smoothly for India in comparison but the big question over their middle order has remained unanswered. Vijay Shankar hasn’t yet come good at the Number 4 position while Jadhav hasn’t had a great World Cup at Number 6 either, with a laboured innings against Afghanistan raising a lot of concern.

Sandwiched between those 2 places is the man who starts a passionate debate whenever he goes out to bat these days. MS Dhoni’s struggles against the spin during the past few years are well known, and that is where Afghanistan got him in their league encounter. The same questions over his strike rate were raised against West Indies as well but he somewhat made up for it than with a late assault against the faster bowlers.

If Hope hadn’t squandered an easy stumping chance early on, who knows how things would have turned out. As it happened, the formidable Indian bowling attack defended the target on both occasions with some exceptional bowling.

The Pant Debate: When the squad of 15 was announced ahead of the World Cup, a lot of questions were raised over the absence of Rishabh Pant, one of the stars of the revelry concluded IPL. An “X-Factor” player who can score at a seriously rapid rate, Pant has a lot of admirers, except in the Indian selection panel. He was eventually drafted in when Shikhar Dhawan got injured and since then, the noise over his selection in the playing XI has increased manifold, the form of Shankar, Jadhav and even Dhoni has only increased the debate.

The presence of Pant in the middle order can give India a batsman who can keep the scoring rate up while Dhoni can take his time at the other end. A 4-5-6 of Dhoni-Pant-Jadhav/Shankar may just be the right combination for India but Kohli and Shastri are reluctant to move Dhoni up from his number 5 spot. Shankar and Jadhav are useful because they provide a bowling option if one of the main bowlers are having an off day but keeping 2 part-timers in the squad just for their bowling is a little too much insurance.

With the semifinal spot all but assured, this can be a good time for India to experiment a bit and see what Pant can bring to the table in that middle order. Maybe he can answer the long-standing problem of India’s Middle Order.