He had fraudulently put up three stars on his car. In the police hierarchy, three stars are accorded only on the official vehicles of additional DG (ADG) or DGP rank officials,” a SOG official informed. 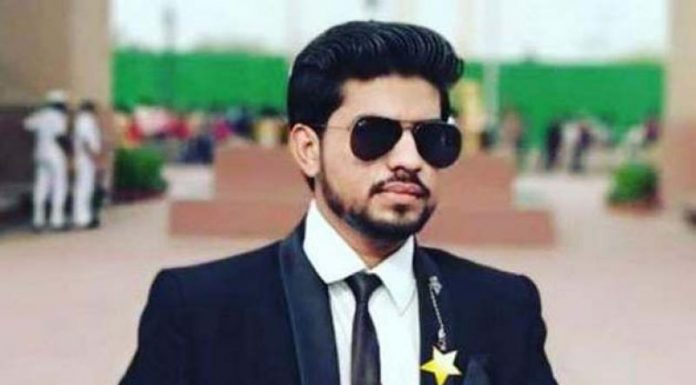 Things were going well for the 20-year-old Abhay Meena, posing as a fake IPS officer, giving motivational speeches to youngsters to take up challenges in life until Special Operations Group (SOG) of Rajasthan police burst his bubble and nabbed him for extorting money from unsuspecting people.

A police uniform and air-pistol were also recovered from him.

“The accused posed as one ACP Abhay Meena, an IPS officer from Punjab cadre. He had fraudulently put up three stars on his car. In the police hierarchy, three stars are accorded only on the official vehicles of additional DG (ADG) or DGP rank officials,” a SOG official informed.

Abhay Meena, a native of Jagatpura, Sawai Madhopur district Jaipur, who claims to be a civil engineer from IIT Delhi in his Facebook profile, is actually a class XII dropout. Meena has in his Facebook profile has also mentioned his professional qualification as that of an Assistant Commissioner of Police (ACP) with the Criminal Investigation Department (CID).

Abhay Meena gave inspirational talks about how he studied for several long hours to crack IIT and UPSC exams in the first attempt. His Facebook profile is filled with photographs of public events he was invited too. He also gave various awards at those functions, including to real police officers.

Meena tricked people by his smooth talks and on several occasions was called as the chief guest to give pep talks and award medals and certificate to even real-time police officers. In fact, he has posted several pictures with real police officers on his Facebook timeline and there are pictures of him attending several real-time events as the guest of honour. He continued to fool people until a person got suspicious when the accused showed his police card, where he had misspelt crime branch as “branche,” and capital as “capitol”.

In fact, Meena had even tried to push his weight around when the Jaipur police had gone to his house to nab him. The accused drove around the city in a car with a three-star police plate affixed on the bumper.

“In police hierarchy, a three-star cop is either a DG or additional DG (ADG) rank official. Therefore, such honour is reserved only for senior officials, not for a 20-year-old new entrant into the service,” said an official on condition of anonymity, adding that it’s surprising that traffic cops never checked his car.

“The accused with his live-in partner stayed at expensive hotels and dined at fine restaurants. He rarely paid and always showed off his clout,” said the official, adding that the accused extorted money from people.

Meena has been, however, arrested and handed over to Pratap Nagar police station where he confessed of his crime. “The accused said that he used to take money from people on the pretext of helping them in their legal cases. Some charge sheets have been recovered from his house,” added SHO Sanjay Sharma.