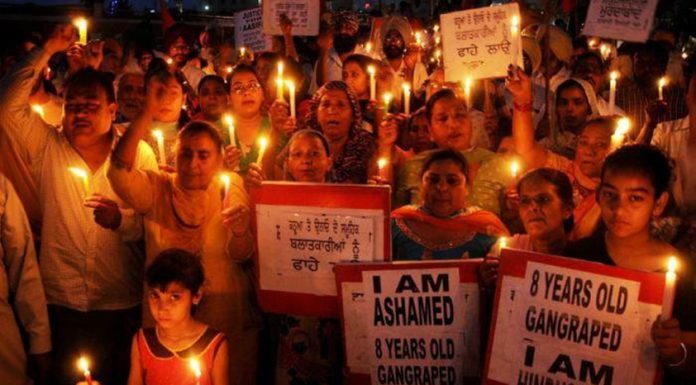 The verdict in the case of rape and murder of an eight-year-old girl in Kathua in Jammu and Kashmir was delivered by a special court on Monday. Six persons out of the seven accused were convicted by Pathankot court while acquiting one of the accused, reports ANI.

According to the reports, Judge Tejvinder Singh of the special court pronouncing verdict in Kathua Rape case convicted the six out of the total seven accused including four policemen.

One accused named Vishal Jangotra, son of the main accused Sanjhi Ram was acquited from the case after he provided an alibi stating that he was away from Jammu to appear for an examination.

A report by Zee News last year had shared CCTV footage from an ATM in Muzaffarnagar, which had Vishal standing in a queue at the ATM on the day the charge sheet claimed he was in Kathua.

The court has framed charges under the Ranbir Penal Code(RPC), including Sections 120-B (criminal conspiracy), 302 (murder) and 376-D (gang-rape), according to the prosecution. Section 328 of the RPC (causing hurt and destruction of evidence) has also been added.

The policemen are charged with an additional section 161 (public servant taking illegal gratification). The in-camera trial had ended on June 3.

The special court is expected to announce the quantum of the sentence later this afternoon.