Balochistan is a war zone, Baloch people are facing the worst form of subjugation on a daily basis 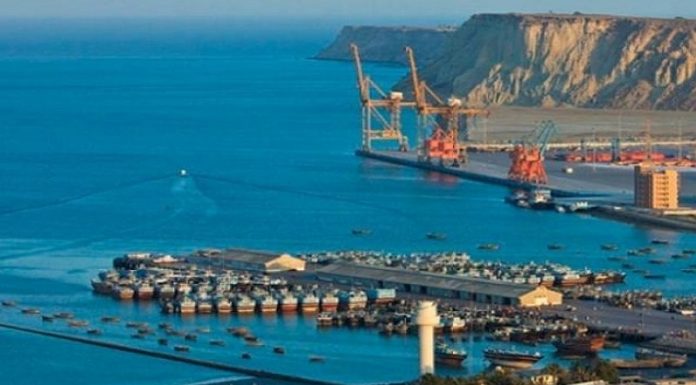 After some months of silence, the China Pakistan Economic Corridor (CPEC) debate is back again. But this time it’s not about the infrastructure or about the investment or anything else of that type. This time people are discussing the credibility of CPEC. People are literally thinking that CPEC has gone for good already. CPEC was once talk of the town. Everyone was either happily or angrily talking about the billion-dollar project of China. Till 2016 CPEC was being projected as one of the biggest development projects between Pakistan and China. Almost every Pakistani media both print and electronic were describing how CPEC will change the future of Pakistan. On the other hand, China was hoping a strong position in the region with the completion of CPEC, and by founding a military base in Balochistan to become the boss of the region.

As we all are aware that the 62 billion dollars project China Pakistan Economic Corridor is a project to further China’s ambitions to occupy the region and be the only superpower around. China’s first step was the completion of CPEC without any problems and issues. After the completion of the CPEC, China had many other plans of capturing the whole region. China’s CPEC was suppressing the people of Balochistan and also it was a plan to occupying Baloch sea and turn them into a minority in Balochistan. China was thinking that building CPEC will help her to bring her army in Gwadar, to get a hold of the warm water. This was also China’s plan that with the completion of CPEC, China could build more trust globally and China could successfully achieve her plan for the One Belt One Road Initiative. The whole scenario shows that a lot of Chinese investment is on stake for the completion of CPEC.

China couldn’t afford to lose the China Pakistan Economic Corridor, that’s why they’ve decided to practice the brutal way to make this project a success by brutally suppressing people of Balochistan. Hundreds of thousands of Baloch people were forced to migrate from the surrounding areas of CPEC. Hundreds of small villages and hamlets were burned into ashes just to keep the locals away from the so called development brought by China and Pakistan. People were forced to leave their towns, their villages, their homes, their valuables and land. This was all done by Pakistani security forces in the name of providing security to Chinese engineers and officials who were working on this devil project called CPEC. Since there’s no presence of local media and international media is not allowed to visit Balochistan. That is why all these inhuman acts of Pakistan goes unnoticed by the world.

Gwadar is the strategic location of CPEC, people in this area have been protesting to get clean drinking water for months now. The people of Gwadar mostly work as fishermen to earn their bread and butter. They were barred to go to the sea for fishing and their only way to survive was snatched by the 62 billion dollar project. To accomplish CPEC Pakistan did their best to keep the locals away from it. Pakistani forces have also changed Gwadar into a special zone where it is almost impossible for locals of Balochistan work or even walk without a special card or without being pulled and checked for almost every day.

Baloch political leadership have been calling CPEC a death and destruction project for Baloch Nation for quite a long time. They have demanded the CPEC must stop, because the project is not going to bring any betterment for people of Balochistan, in contrary, it will cause more damage and bring more destruction for indigenous people of Balochistan.

The Baloch National Movement (BNM), the largest pro-independence political party of Balochistan, have been appealing, advocating and raising serious concerns about CPEC and China’s devil designed against Baloch nation and humanity. The BNM through its awareness programs, press releases and by using all other peaceful political means continuously aware the civilised world and human rights organisations about the reality of CPEC and about the gross Human rights violations in Balochistan.

The biggest setback for CPEC was a lethal attack on Chinese engineers on 11-08-2018 in Dalbandin area of Balochistan. It was the first of its kind, before that the Baloch militant group didn’t went that far or didn’t practice such extreme means to convey their message. The Dalbandin attack was a sucide attack and it was accomplished by Rehan Baloch, the elder son of BLA ex Chief Aslam Baloch (Aslam Baloch was killed in a sucide attack on him along with six of his companions). The BLA took responsibility of the attack and made it loudly clear that Baloch won’t let anyone on their land without the consent of the Baloch nation.

Dalbandin attack was not the single attack against CPEC by Baloch militant organisations. After the Dalbandin attack, BLA on 23-11-2018 once again used three members Azal Khan Baloch, Razik Baloch and Rais Baloch of Majeed Brigade ( BLA’s self-sacrifice or suicide squad) to attack Chinese consulate in Karachi, in broad daylight. Attackers of BLA Majeed Brigade broke into the Chinese consulate in a widely secured area of Karachi and shocked the world. After the attack on Karachi consulate, everyone was shocked and confused how the Baloch militant groups are growing so much power. Before these attacks on the Pakistani state, Army and media always propagated that Baloch insurgency is a lower one and they’ve no capability to stop or even disturb a project like CPEC.

The ex-chief of BLA Aslam Baloch released video messages after both Dalbandin and Karachi attack. He made it clear to China that leave Balochistan or else face the wrath of Baloch youth.

After the assassination of Aslam Baloch, both Pakistan and China were thinking that they’ve successfully managed to clear the threat of their way. The BLA has again proved them wrong with a lethal attack on Zaver Pearl Continental Hotel Gwadar on 12-05-2019. This attack was continued for more than thirty-six hours causing a lot of damages to the five-star hotel and also shows the growing power of Baloch resistance. This is also believed to be one of the most successful and biggest attacks conducted by any Baloch organisations. Spokesman of BLA after PC attack issued a video message and again warned China to leave Balochistan or else they will have to face Baloch Fidayeens of BLA Majeed Brigade. It is worthy to mention that the attack on PC hotel by BLA was supported by the militants of BLF and BRA (Beebagr).

After these attacks on Chinese interest in Balochistan, a not so shocking decision from the US, started surfacing on Media. The decision came from the US state department to media houses, designating BLA as a Terrorist organisation which was widely cheered by Pakistani officials. But banning the organisation doesn’t really affect the organisational work at anyway and the new chief of BLA, Bashir Zeb Baloch, an ex-student leader, vows to continue the mission of his predecessor General Aslam Baloch till the freedom of Balochistan or at least sacrificing their lives in the path of freedom.

Along with Baloch Liberation Army, Balochistan Liberation Front and Baloch Republican Army (Beebagr) also attacked CPEC at various times in Balochistan and makes it impossible for CPEC to become a story of success.

The Chief of BLF Dr Allah Nazar Baloch has also warned China and Pakistan many times to leave Balochistan immediately and stop all these evil design project or else you will be responsible for your damages.

It is also believed that Dr Allah Nazar Baloch and Aslam Baloch not only enjoyed a great working relationship. But they’ve also created an umbrella armed organisation known as Baloch Raji Aajoi Sangar to strengthen their power and carry out more effective attacks on Pakistani forces and their interests in Balochistan.

As per reports, the CPEC is not an issue of prime time anymore nor it is going to be completed anytime soon. Now there’s a very important and interesting thing to observe and understand that, how beautifully Pakistani journalists, media houses, scholars and people in the bureaucracy are accepting that CPEC is not functional anymore.

Surprisingly they are hiding the real fact of CPEC’s failure and calling it a failure of management which took CPEC out of track. In reality, it was the constant attacks of Baloch Armed Organisations which send a clear message to Beijing that Baloch are not going to let anyone use their land for their evil designs.

I would like to summarise my opinion with a bit of advice. Balochistan is a war zone, Baloch people are facing the worst form of subjugation on a daily basis, Women and children are being abducted. In this situation when Balochistan is bleeding how can China or anyone else can expect from Baloch Armed organisations to allow them to shake hands with the Occupying forces and without the consent of Baloch Nation use the land of Baloch people for their own interests. I hope China and all other neighbouring countries and the international community will seriously focus on the issue of Balochistan and they start helping the Baloch to get their land free from the chains of slavery. Freedom of Balochistan will bring peace in the region and it will also bring thousands of opportunities for people of Balochistan and for the rest of the world to invest in a peaceful and friendly Balochistan with the consent of Baloch People.