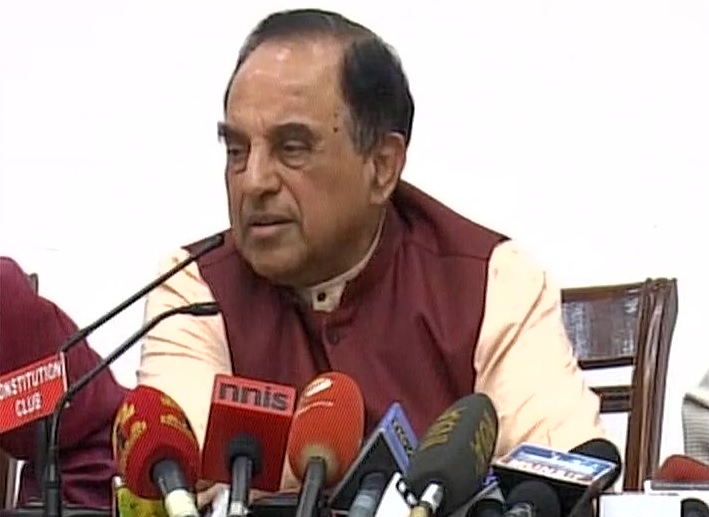 Today, Dr Subramanian Swamy, released to the press many documents which continued his sustained attack on Congress leader and former Finance Minister P Chidambaram, and his son Karthi Chidambaram.

In his press release he expressed his shock that in spite of providing details of 21 undeclared foreign bank accounts in the name of Karthi Chidambaram and companies he controls, the CBI and the Enforcement Directorate had not acted on the same. In his press conference, he alleged that Karthi Chidambaram might have amassed Rs 6 lakh crores in foreign accounts.

Further, in a serious allegation, he claimed that while the Chidambarams should have been prosecuted under Section 13(1)(d)(iii) of the Prevention of Corruption Act (PCA), the BJP had tried to push an amendment to the Act to delete this very clause from the PCA, “so that Mr Chidambaram and his son can go scot-free”.

He further claimed that he had to write to the Prime Minister to intervene in the matter since he was being “thwarted in his fight against corruption”. He further claimed that the “excellent” measure of demonetisation was not producing full desired results due to the lack of “back-up support of the Ministry of Finance”.

Mr Swamy also released a copy of his letter addressed to the PM last week, which had details of the 21  undeclared foreign bank accounts: In the letter he wrote how the list of account was unearthed during a probe by the DG (Investigation) of Income Tax in Chennai a few months ago. He claimed that a whistleblower officer then shared the list with him. He further said that Karthi had floated a company Advantage Strategic Consulting Pvt Ltd which had 4 accounts in Singapore, and was involved in receiving kickbacks in the Aircel Maxis scam.

The list of accounts as released by Dr Swamy: 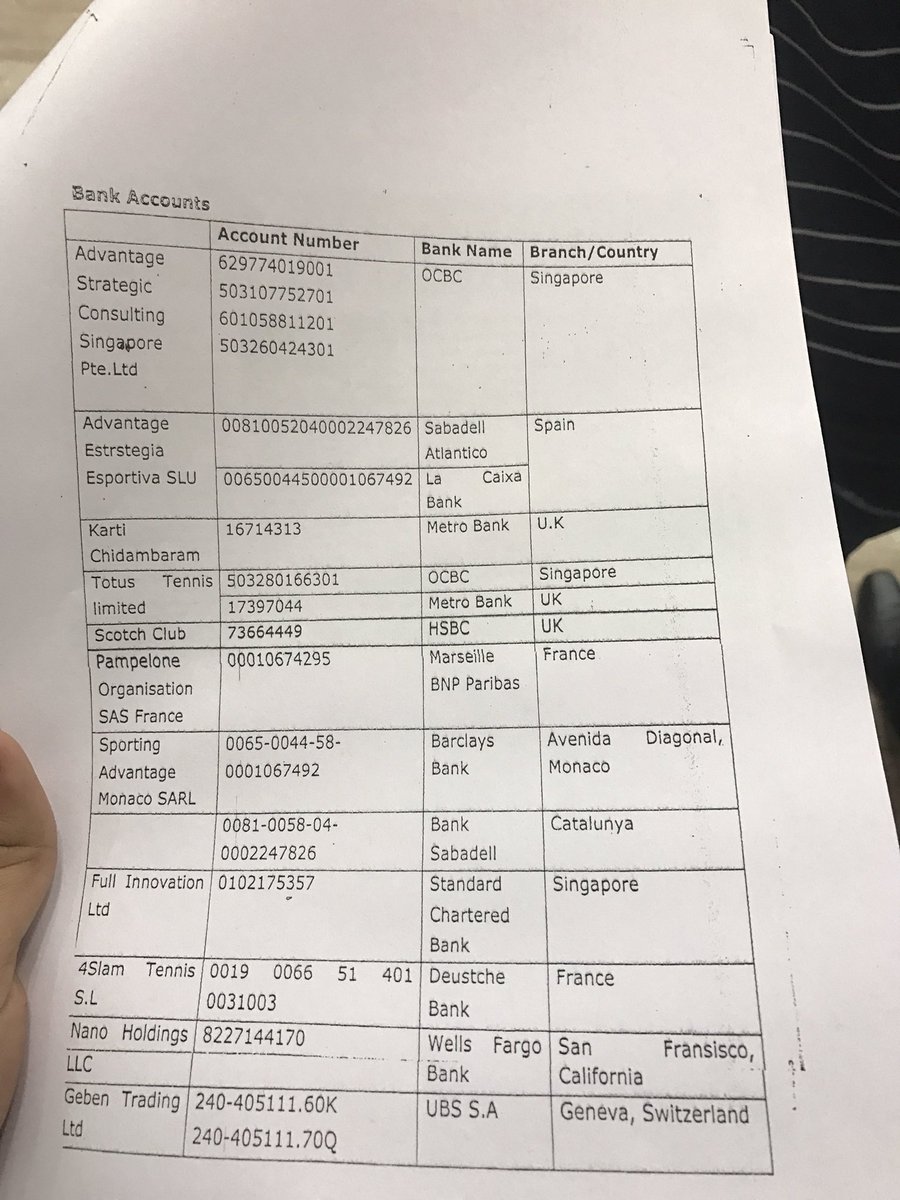 In his press conference, Dr Swamy stated that Karthi had already been raided by the ED, and has evaded 3 summons under the PMLA Act, inspite of which ED has not been able to get “political sanction” to arrest Karthi. He reiterated that the PM has always acted whenever he has written to him, but the Finance Ministry is too soft.  He claimed that there are 3 bureaucrats in the Ministry, who were appointees of Chidambaram, and hence they are blocking the files.

He further said that the PM cannot be blamed for any failure to bring foreign stashed black money back to India, because in their 60-65 years rule, Congress had placed many of their people in the bureaucracy to block moves of anti-corruption.

He argued that since just about 2 years are remaining for the term of this Government to finish, and the various corruption cases needed a sense of urgency, which is why he decided to hold a press conference. Without naming anyone, he claimed that some powerful forces were protecting the Chidambarams.

He said that he will send all the material to the Prime Minister, who should get the truth out from his officers, and act on his promise of finishing black money. He said that he will appear in the related case in the Supreme Court in March, and after that he would release a second tranche of list of bank accounts.

After PM Modi launched PM CARES Fund, a lot has been discussed about similarities and differences between PM CARES Fund and PMNRF
Read more
Media