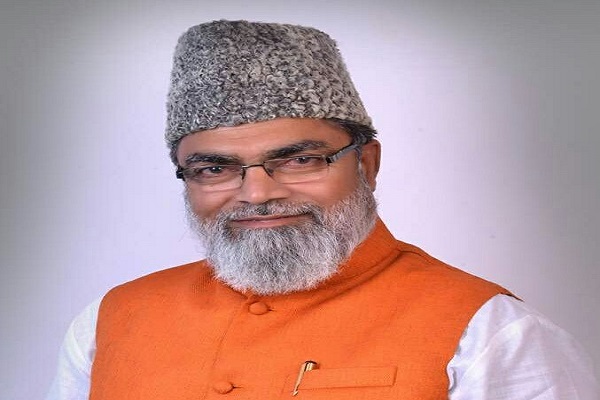 Choudhary Aurangzeb, the current chairman of Haryana’s Haj Committee has reportedly been at the receiving end of death threats, after he advocated the construction of Ram Mandir at the Ram Janmabhoomi in Ayodhya, Uttar Pradesh. He had followed it up by saying that Islam doesn’t permit the construction of a Mosque on a disputed land.

Aurangzeb, who was also the state President of BJP’s Minority Morcha, had made such a statement at Nuh on the occasion of Haryana Day, which was celebrated on 1st November. He later told reporters that after making the statement, he was swarmed with abuses and death threats on Facebook and WhatsApp. Many such Muslim fanatics even taunted him for spoiling the “good name” of Aurangzeb, which is in line with what some so-called liberals think about Mughal tyrant Aurangzeb.

As per a report, in a viral video on Facebook, he has also been called a broker of RSS and various obscenities were also hurled at him. He has now registered a police case regarding the whole matter, but no case was registered immediately.

The report detailed that a person named Raunak Ali had threatened on Facebook that he would shoot him. Also on 2nd November a video emerged on a social media website where a person named Abu Bakar was openly seen abusing him. Other such radicals were inspired by him and made filthy comments against the Haj committee Chairman, in the comments section of the video.

Going by reports, Aurangzeb has hinted at a conspiracy against him by alleging that a senior BJP leader is behind that particular video.

Such reports come in the light of various prominent members of the Muslim community having called for the construction of Ram Mandir in Ayodhya.

This includes, the Shia Wakf Board filing an affidavit in the Supreme Court, where the board sought that a Ram Temple be built at the Janmbhoomi area. This was followed by a Sunni Cleric of Kichocha Sharif, coming out in support of its construction.