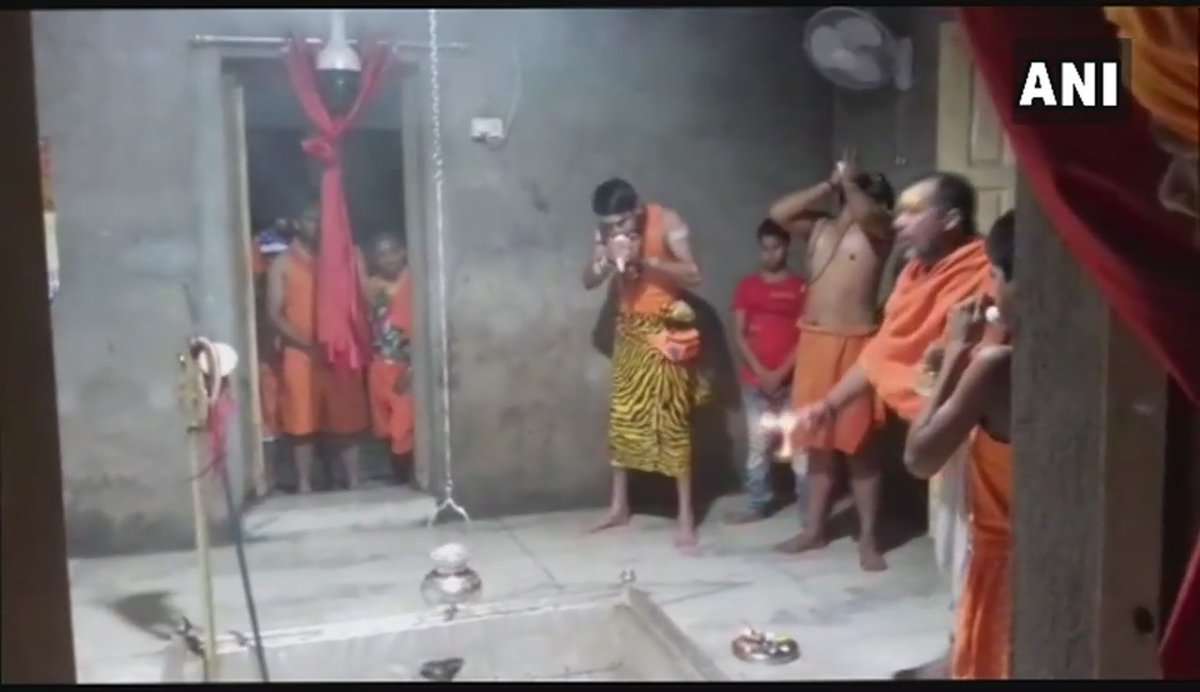 A video has surfaced where Tej Pratap Yadav is seen dressed up as Lord Shiva and blowing the Conch in Patna before leaving for Baba Baidyanath Dham in Deoghar.

Tej Pratap Yadav, who seems in a race to be in the limelight, has yet again grabbed the attention when he was seen performing pooja to Lord Shiva at a temple in Bihar.

Tej Pratap performed pooja along with other priests and his supporters. He is even seen blowing a conch shell (shankha) and played damaru in a temple in Patna before leaving for Deoghar in Jharkhand for Kanwar yatra.

Kanwar Yatra is held every year Every year, during the month of Shravana or Saawan where lakhs of devotees travel to Deogarh on foot to visit the Baba Baidnath temple. Devotees offer Gangajal which they have collected from Sultanganj in Bihar. The devotees cover the 120 km distance from Sultanganj to Deoghar on foot.

This is not the first time that the elder son of Lalu is seen playing dress-up. Earlier, he was seen in Lord Krishna’s attire to celebrate the New Year. The school dropout former Bihar Health Minister had vacated his official residence claiming that Bihar Chief Minister Nitish Kumar and Deputy Chief Minister Sushil Kumar Modi have let the ghosts loose in the house.

Apart from his peculiar behaviour, Tej Pratap Yadav is also to set to make his Bollywood debut soon. The upcoming lead actor had tweeted the poster of his upcoming Hindi movie ‘Rudra – The Avatar’. Earlier, he was also part of an insignificant role in a Bhojpuri movie in 2016, when he was a cabinet minister.

He was also in the news recently for taking out a cycle-rally to protest against the rising crimes in Bihar and ended up tumbling and falling off the cycle on the streets of Patna.

Tej Pratap Yadav had once decided to quit politics, as his mother had scolded him for complaining about the RJD leaders of trying to harm his reputation. He had accused some RJD leaders of calling him ‘pagal’ and ‘sanki’ and later deleted the post and claimed that his Facebook account was hacked by BJP people.