IMF WEO report: India is the fastest growing economy in the world, 7.4% growth predicted for the next fiscal 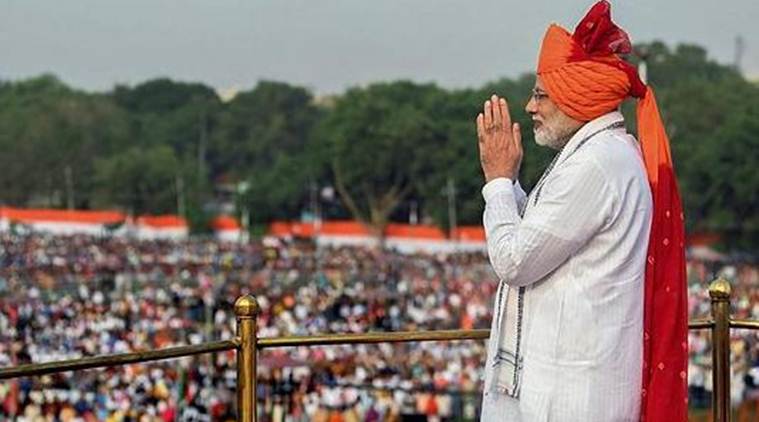 The International Monetary Fund (IMF) on Tuesday lauded Indian government for its efforts to carry out economic reforms in the country and also projected India to be the world`s fastest growing major economy in the current year and also in 2019.

According to the IMF, India will achieve a growth rate of 7.3 percent in the current fiscal year and it has predicted that India will grow at 7.4 percent in 2019-20.

IMF has released its annual World Economic Outlook (WEO) report ahead of its annual meeting in Bali said, “In India, important reforms have been implemented in recent years, including the Goods and Services Tax, the inflation-targeting framework, the Insolvency and Bankruptcy Code, and steps to liberalize foreign investment and make it easier to do business.”

The international organization cited external factors of the recent increase in oil prices and the tightening of global financial conditions for its revision of India`s growth projection made in July for next year by 0.1 percent to 7.4 percent. However, it has retained the 7.3 percent growth projection for this year made in July.

The WEO report suggested the rise in the growth rates reflected a rebound from transitory shocks of demonetization and implementation of the GST accompanied by strengthening investment and robust private consumption. The IMF in its report is of the view that India’s growth rate will improve post-2019 due to structural reforms initiated by the present government and favorable demographic dividend.

This year’s China will growth rate stays at 6.6 percent, which is 0.7 percent less compared to India and it will be staggering 1.2 percent less than India in the next year, said IMF. The IMF has also cut the world growth projection made in July for this year and the next by 0.2 percent to 3.7 percent.

IMF Chief Economist Maurice Obstfeld has warned that “there are clouds on the horizon” and “the likelihood of further negative shocks to our growth forecast has risen. In several key economies, moreover, growth is being supported by policies that seem unsustainable over the long term,” he said.

He further indicated the uncertainties in the trade as a result of US President Donald Trump`s policies and the tightening of financial markets in developing countries among factors increasing the risks to global growth,

The IMF has recommended India to reforms to revive bank credit and enhancing the efficiency of the banks by solving NPA crisis and advised to improve corporate balance sheets and the governance of public sector banks.

It has also added, “A high-interest burden and risks from rising yields also require continued focus on debt reduction to establish policy credibility and build buffers. These efforts should be supported by further reductions in subsidies and enhanced compliance with the Goods and Services Tax.”