A complaint has been lodged in the Sitamarhi court on Thursday against Union Minister Smriti Irani for her remarks regarding the entry of women into the Sabarimala temple. 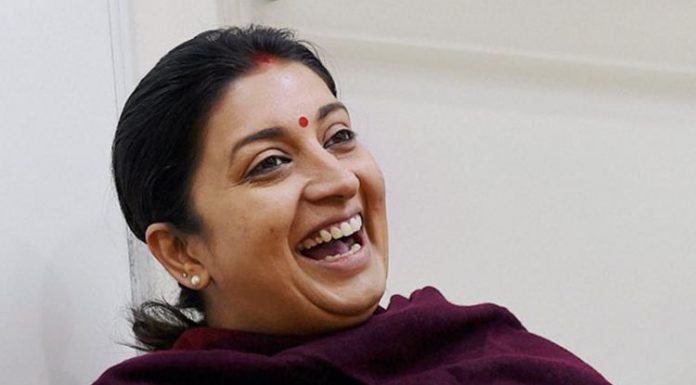 A complaint has been lodged in the Sitamarhi court on Thursday against Union Minister Smriti Irani for her remarks regarding the entry of women into the Sabarimala temple. Speaking at the event organised by the British High Commission and ORF organisation in Mumbai, Smriti Irani had said that we need to recognise that we have the right to pray but not the right to desecrate.

The complaint against the Union Minister was lodged before the court of Chief Judicial Magistrate, Sitamarhi, Saroj Kumari by advocate Thakur Chandan Singh. Singh has made protesters against the entry of women into the shrine as a party in the case.

The complaint has been lodged under Sections 120B (criminal conspiracy to commit an offence punishable with death), 124A (sedition), 353 (deterring public servant from discharge of duty) and 354 (outraging the modesty of a woman) of the Indian Penal Code. It is reported that the matter is likely to come up for hearing on October 29.

The advocate, Thakur Chandan Singh, who has lodged the complaint against the Minister seems to have an interesting litigation history. In February 2017, the 31-year old lawyer from Bihar had filed a petition against Maryada Purushottam Ram accusing him of committing domestic violence against Maa Sita.

OpIndia.com reached out to the lawyer and asked him his rationale behind filing a complaint he said that Smriti Irani had insulted all women by giving the statement that she did. He said that when Smriti Irani says that ‘we have the right to pray, not desecrate’, she is essentially calling all women ‘impure’ and hence, should be hauled up by the court of law. He said that women should have the right to go wherever they want and do whatever they please. ‘Politicians don’t know how to talk and should start fearing the law”, he said.

Singh said that all temples are the same, whether the temple be Sabarimala or that of Goddess Durga and that a place of worship should allow everyone to enter.

Thakur Chandan Singh also asserted that all the people who had stopped women of all ages from entering Sabarimala should be penalised by the court.

When asked if he was the same individual who had filed a case against Lord Ram, he answered in the affirmative saying that he wanted justice for Maa Sita because he respects women and it is time someone should fight for women’s rights. He also said that Lord Ram was the root cause of the plight of women till today because he was unfair to Sita.

He had also filed petitions against Radhe Maa, Hardik Patel and former Jammu and Kashmir chief minister Farooq Abdullah. For Abdullah, Thakur Chandan Singh had filed a petition against his remarks demeaning the Indian Army and for Radhe Maa, he had asserted that if she calls herself a God woman, how can she wear mini-skirts.