While Mufti took to Twitter, after fax didn't reach, to reach out to the Governor to stake claim, Lone used WhatsApp for the same. The J&K governor then dissolved the legislative assembly of the state. 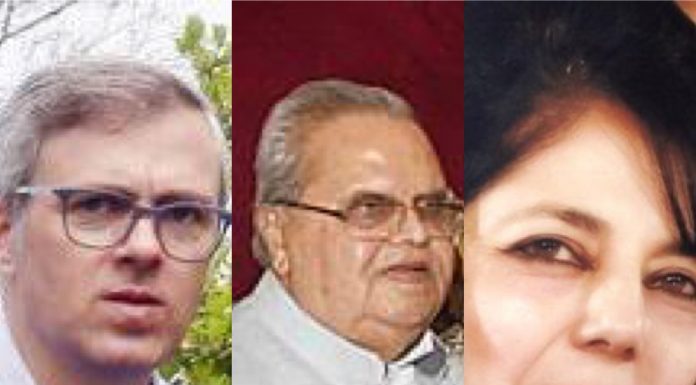 Social media was abuzz last night as politicians in Jammu and Kashmir took to social media to write to the Governor to stake claims to form the government in the state. Governor Satya Pal Malik dissolved the assembly last night after parties sent letters via fax, WhatsApp and Twitter for the same.

Refuting the claims that he dissolved the assembly under pressure, Malik said he chose yesterday to dissolve the assembly as it was a holy day, Eid.

Are govts formed through social media? I neither tweet nor see the tweets.I selected y’day for the decision (dissolution of assembly) as it was holy day,it was Eid.Election Commission will decide when polls will be held:J&K Governor on Mehbooba Mufti’s tweet of letter sent to him pic.twitter.com/OqeaAoTA2B

He said that had it not been Eid and he had received the fax, he would still have dissolved the assembly.

Fax isn’t an issue. Yesterday was Eid. Both of them are devoted Muslim & should know that offices are closed that day. Even my cook was on leave, let alone the person who handles fax. Even if I had received the fax, my stand would have been the same: J&K Governor Satya Pal Malik pic.twitter.com/QEMkuZAtIC

Malik clarified that he took this decision since he had been hearing news since last 15 days of threats to MLAs and parties contemplating distributing money to get MLAs to switch sides. He said that from the beginning he was against the formation of government without elections because of possibility of horse-trading.

Yesterday was an eventful day for the state of Jammu and Kashmir. The arch-rivals Omar Abdullah from National Conference and Mehbooba Mufti of PDP came together to stake a claim at government in Jammu and Kashmir with the help of Congress. Whereas on the other hand, Sajjad Lone with the support of BJP, made a counter-claim to form a government in the state.

While Mufti took to Twitter, after fax didn’t reach, to reach out to the Governor to stake claim, Lone used WhatsApp for the same. The J&K governor then dissolved the legislative assembly of the state.

Meanwhile those awaiting a response. pic.twitter.com/Q4OM7rFfvB

Failing to resist his urge to mock the sudden ‘bonhomie’ between the rivals NC and PDP, BJP’s Ram Madhav claimed that the opportunist coalition may have formed by an alleged order from across the border.

Just take it in your stride @OmarAbdullah Not questioning your patriotism at all. But d sudden love between NC n PDP n d hurry to form government leads to many suspicions n political comments. Not to offend u. ? https://t.co/4tgbWS7Q3r

After the assembly elections in Jammu and Kashmir in 2014, no party had won a majority to form a government. PDP had won 28 seats, BJP was in the second position with 25, while NC and Congress had won 15 and 12 seats. As no party or alliance was able to form a government, Governor’s rule was imposed in the state in December 2014. In March in the following year, PDP and BJP decided to form an alliance and PDP leader and Mufti Mohammad Sayeed sworn in as the chief minister. Mufti Mohammad Sayeed died in January 2016, and his daughter Mehbooba Mufti became the CM in April 2016, after a brief Governor’s rule. But there were serious differences between the alliance partners, especially on the handling of separatists by the Mehbooba government. In June this year, BJP had pulled out of the coalition government in June this year and the state was put under Governor’s rule again.