Shafiqur Rahman Barq is known for his opposition to Vande Mataram 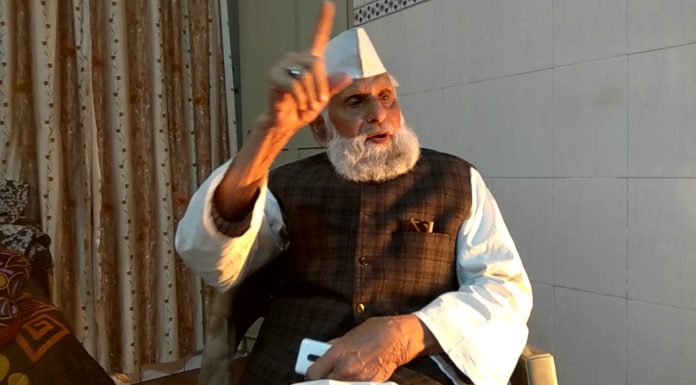 Samajwadi Party leader Shafiqur Rahman Barq created a controversy by saying in Parliament that Vande Mataram is against Islam. He said this today after taking oath as a member of the 17th Lok Sabha.

The newly elected members of the Lok Sabha continued taking oath for the second day today, and Sambhal MP Shafiqur Rahman Barq took oath today as per schedule. In this session, many MPs had added Jai Hind, Vande Mataram, Jai Shree Ram and other such nationalistic slogans after their oaths were over. Barq is known for his dislike for Vanda Mataram, and apparently, he was not happy to hear the slogan hailing motherland in Parliament.

Therefore, after he completed taking his oath in Urdu, he added, ‘Constitution of India Zindabad’. After that he said, ‘and as far as Vande Mataram is concerned, it is against Islam, we can not follow it’. This created a ruckus in the house, as many MPs started shouting the Vande Mataram slogan in response.