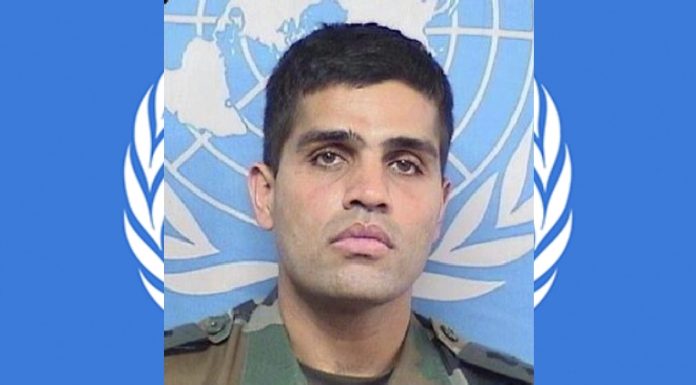 In an unfortunate incident, an Indian Army officer serving in Congo who had gone missing on Saturday was found dead inside Lake Kivu Thursday.

Lieutenant Colonel Gaurav Solanki was serving in the Democratic Republic of Congo as a part of the Indian contingent in the United Nations Peacekeeping Mission. Officials said the mortal remains of the deceased officer were recovered after an intensive search operation. The officer’s body was retrieved around 11 am on September 12 from Lake Kivu, about a kilometre away from an island.

#UPDATE Intensive search was carried out to retrieve the officer. The mortal remains of the officer were retrieved today, inside Lake Kivu. https://t.co/saxkdLcKZ3

After a massive search operation using speed boats and helicopters, the dead body was retrieved around 11 a.m. on Thursday. Solanki`s body was found at a distance of one kilometer from Tchegera Island which lies in the lake. The cause of the army officer’s death is yet to be ascertained. Sources said enquiries are underway to ascertain the cause of death even though prima facie it appears that Solanki died due to drowning accidentally.

Solanki was deputed as a military observer in a UN mission in the Central African nation. He had completed his assignment in Congo and was due to return to his regiment in India within the next few days.

It is pertinent to mention that India is one of the largest troop contributors to UN Peacekeeping missions in the world and at present stands on number three. Indian troops posted with UN peacekeeping missions have done a commendable job and have meritoriously served across global destinations.

Indian Army has a long distinction of serving these missions and has been serving for over 57 years. During this period, it has covered 43 United Nations Missions with more than 90,000 Indian soldiers contributing to the service.

Indian troops are credited with participating in some of the most difficult operations and have suffered various casualties during this service. Losing Lieutenant Colonel Solanki is indeed regrettable.