The original MMTC tender notice had mentioned Pakistan, China, Egypt, Afghanistan or any other country as origin to import onion 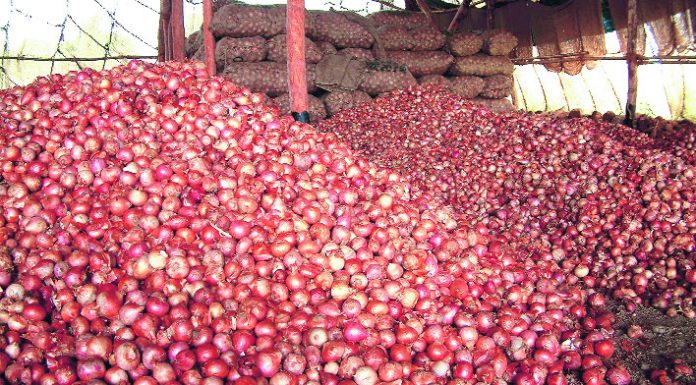 The Metals and Minerals Trading Corporation of India (MMTC) Ltd amended a tender to import onions after it was reported that the original tender had included Pakistan as one of the countries of origin. The state-run trading organisation issued an addendum today to its original tender, specifying that onions should not be imported from Pakistan.

MMTC had invited tenders for importing 2,000 MTs of onion on 6 September, and the origin column in the tender notice mentioned “Pakistan, Egypt, China, Afghanistan or any other origin”.

MMTC Ltd. (Metals and Minerals Trading Corporation of India) has invited bids for ‘import of onion on CIFFO (Cost Insurance and Freight Free Out, international trade), from Pakistan, Egypt, China, Afghanistan & any other origin’.

Although the notice was issued on 6th September, media had reported this today, which had triggered widespread criticism from farmers and on social media. The India Pakistan relation is at a very low point after India abrogated Article 370 and Pakistan went on an overdrive to campaign against India on the global level. Pakistan had also suspended all trade relations with India and downgraded diplomatic ties. While almost all world powers have supported India on the Kashmir issue, China is taking Pakistan’s side. In such a scenario, this was indeed shocking that Pakistan and China were specifically mentioned origins in the tender notice.

Perhaps after witnessing the criticism, the MMTC Ltd chose to exclude Pakistan from the deal, and issued an addendum to specify that country of origin to be read as “any country of origin excluding Pakistan”. This means the revised tender notice does not specify any country but excludes Pakistan.