The finance minister mentioned the preference for app-based cabs as one of the reasons affecting the automobile sales, she didn’t say it was the sole reason 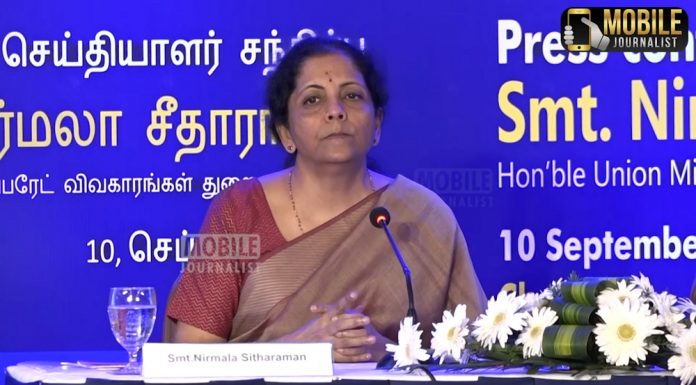 This comment had created lots of outrage and ridicule on social media, with the Congress party taking the lead. The official Twitter account of Congress party has gone on an overdrive mocking the finance minister. Today they posted several tweets making fun of Sitharaman, some of which were downright silly.

Blaming app-based cab services for the slowdown in the auto sector is indeed a questionable, as the slowdown is seen in commercial vehicle and two-wheeler sectors also, which should not be affected by proliferation of Ola and Uber.

But the finance minister didn’t blame the preference towards Ola-Uber as only reason for the current situation in the automobile sector, she mentioned it along with several other reasons affecting vehicle sales.

While replying to a question on automobile industry, the finance minister acknowledged that manufacturers have cited GST and cess on vehicles as one of the reasons of slowdown. But she also cited several other reasons. Nirmala Sitharaman said, “Automobile sector, in particular, and the components sector, have been affected by several things. These include BS6 (Bharat Stage 6) movement, inclusive of the registration fee related matter that has been deferred till June, and inclusive of the mindset, some studies do tell us, the mindset of millennials who are now preferring not to commit EMIs to buying automobiles, but prefer to use Ola or Uber, or take the metro.”

She added, “So a whole lot of factors are influencing the automobile sector”. The minister said that the government is seized of the problem and working towards solving it.

This makes it clear that the finance minister mentioned the preference for app-based cabs as one of the reasons affecting the automobile sales, she didn’t say it was the sole reason. She did say a lot of factors are influencing the automobile sector, and gave few examples like BS‑VI, registration fee, Ola-Uber etc. But the media chose to highlight only one example, which was picked up by Congress and others, and they used this to mock the finance minister.

Moreover, studies have shown that there is indeed a shift in preference from own car to ride-hailing platforms like Ola and Uber, especially in big cities which see problems like traffic congestion, lack of parking space etc. There are also issues like poor quality roads, increasing cost of owning and maintaining car, reducing resale value etc.  Therefore, many people now prefer taking taxis rather than driving themselves.