Ashutosh tweeted awesomely even before he joined AAP. Take a look 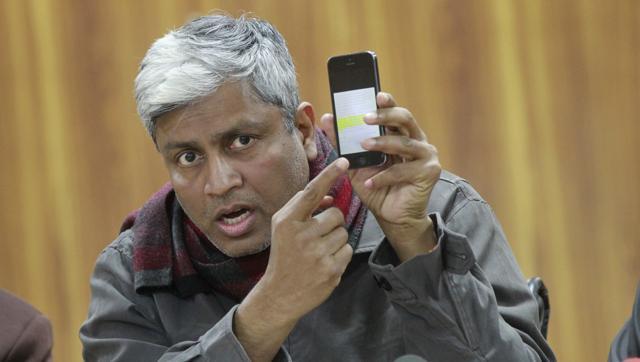 Me was happy, myself blissful, my fog perplexed.

If you have already assumed that this is the most poetic tweet which you have read today, just hold on! After reading following tweets by Ashutosh, you will understand why your assumption was extremely wrong.

Let us start the entertainment with some inebriation

I drink , but i am not drunkard. i drink i dont create problem for others, i drink but i dont beat family members.

I don’t know why Ashutosh wanted to tell others that he doesn’t beat his family members. May be, because he can’t see his hands?

I am in my balcony , can’t see my hand… Scarey…

Too much of violence. Let’s talk about love and dog psychology. Umm!

Motu misses Sheru, whines somtimes, wants to know from me, what to tell ?

Two of my adopted bitches are pregnant and can deliver babies any day. One is a nice street dog and another cocker.

That escalated quickly. Enough of dog love. What about humans?

Men are men , and remain men .

If you are planning to outrage against this irresponsible tweet by Ashutosh, please go through his disclaimer

People say that Manmohan Singh had an era, but the student of politics clarifies that he was just a week

As a student of politics i can say Manmohan is running govt bcoz soniya wants him to run , so he is week but powerful .

Hate is a kind of love and weak (week) is powerful. Profoundness of this youth will amaze you.

But what about Rahul Gandhi, he is called the youth leader, no?

Thanks for entertaining us. Time to say good morning and start daily chores.

Why we say good morning ?

“I Have A Dream”, says Martin Luther King Jr. We will wrap this article with the same sentiments.