OpIndia
Home News Reports Researchers conclude that cows might be the key to fighting HIV, find out how
News Reports

Researchers conclude that cows might be the key to fighting HIV, find out how 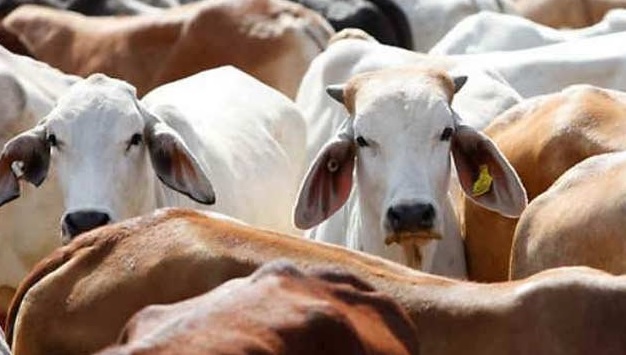 Researchers at the at the International Aids Vaccine Initiative and the Scripps Research Institute, California have claimed that cows hold an insane and mind-boggling ability to fight HIV, and the bovines may just be the key to develop a vaccine. They published their findings in a paper published in the prestigious Nature journal on 20th July.

The cows used during the research were found to rapidly produce special types of antibodies which could tackle the virus. They were believed to have achieved it by evolving a supreme immune defence as a result of their bacteria packed complex digestive system.

The main issue why the humans can’t tackle the HIV virus is because it is a master of disguise and it can rapidly alter the molecules present on its surface, which renders the human immune system unable to recognise it.

The key to beat the HIV virus is to produce broadly neutralising antibodies that attack the parts of the virus which it can’t mutate, thereby enabling the immune system to always detect the virus. The main problem is that humans rarely produce these neutralising antibodies, but even when they do so, they do it after 3-5 years of the infection. But the cows on the other hand produced these antibodies within weeks and as a result eliminated 20% of the HIV strains within 42 days. Plus in a little more than a year, they could eliminate 96% of these strains.

According to one of the scientists associated with the research, this response by the cows blew their mind. The cows reportedly have gained this superior immune system due to its digestive system which ferments grass in order to digest it and as a result has to tackle a lot of hostile bacteria. This has resulted in them developing a very superior immune system.

So if we somehow manage to develop a vaccine which teaches our immune system to make similar antibodies, we too can similarly neutralise the virus. As written in the abstract of the journal published in Nature, the immunisation of cows may provide an avenue to rapidly develop antibodies to address the disease agents which have learned how to avoid conventional human antibody responses.