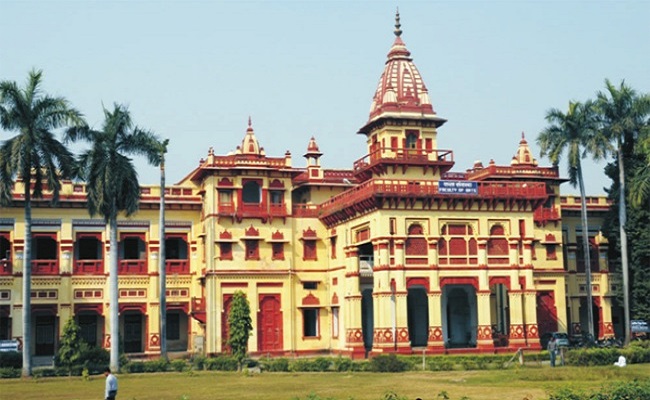 The Banaras Hindu University gave people a talking point on Saturday after it was reported that its history paper contained questions like, “Discuss about teen talaq and halala as a social evil in Islam”. The paper which was a part of its MA course also contained a question on Allauddin Khilji.

The ANI put out copies of the said question paper:

As seen above, some of the questions posed were, “What is Halala in Islam”, “The rate of wheat fixed by Allauddin Khilji” and “Discuss about Teen Talaq and Halala as social evils of Islam”.

Just to remind, Nikah Halala is a controversial practice in Islam where a divorced woman is required to marry and consummate her marriage with another man to allow a reunion with her first husband.

Such questions set by the BHU department have angered a section of the university students, who have alleged that the University administration is trying to impose its ideology on them. The dissenting students have also alleged that these topics were also not taught to them. One student even claimed that he/she found a question offensive.

Rajiv Srivastava, an assistant professor of the university has vociferously defended the university’s actions. As per him, if students aren’t taught such things, then how would they learn about such issues. He also claimed that history has been distorted and that they (students) need to be taught such topics to know the real history.

The professor also took a potshot at Aligarh Muslim University and the Jawaharlal Nehru University to assert that Islam too has demerits which need to be raised:

Why do AMU & JNU ask questions on child marriage & Sati system? Islam also has demerits which must be raised. When we teach history of Islam we will have to teach such things. People like Sanjay Leela Bhansali won’t teach history to students: Rajiv Srivastava, Asst Professor BHU pic.twitter.com/P0TYJsLkkv

The political science question paper of the university too had recently managed to get in the news due to the type of questions framed.

As per reports, the university’s MA part-I paper named Indian Political System: Theoretical and Structural Aspects, posed questions like, Write an essay on the BJP and Write an essay on nature of GST in Kautilya’s Arthashashtra. The paper also contained a question on the AAP.