Budget 2018 : Big boost to the poor and rural population 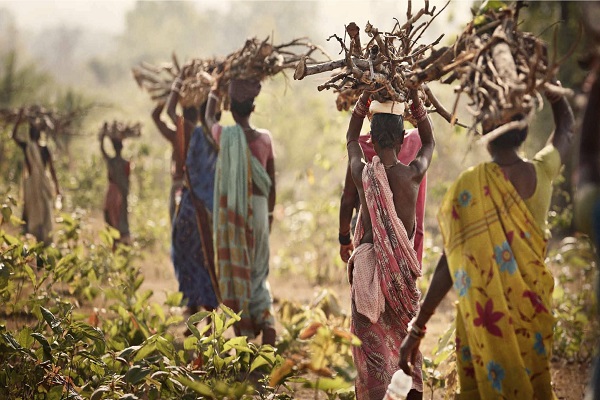 Finance Minister Arun Jaitley is presenting the Union Budget in the Parliament now. So far his announcements are all about positivity and empowerment of all people.

The FM announced that the Ujjwala Scheme which gave poor and rural women access to LPG connection, saving them from the hazardous fumes of traditional fuel burning will be getting a big boost. From the previous target of providing LPG connections to 5 crores, The Pradhan Mantri Ujjwala Yojna will now reach to 8 crore women.

Speaking of difficulties faced by poor families due to lack of electricity, Mr Jaitly said the new financial boost to the Saubhagya Scheme will brighten lives of millions of people.

The FM also emphasized the need for quality education to marginalised and backward population groups. In a significant move, he announced that by 2022, each block with more than 50% sc/st population will have an Ekalavya Vidyalaya at par with the Navodaya Vidyalayas.

By 2022, every block with more than 50% ST population and at least 20,000 tribal people will have ‘Ekalavya’ school at par with Navodaya Vidayalas.#Budget2018

Under Pradhan Mantri Awaas Yojna, the ambitious plan to provide housing for all, the Government will be adding 1 crore new houses to the poor, the FM declared to loud applause in the Parliament.

#Budget2018 gift-wrapped for the poor and the farmers! UJJWALA scheme to make India shine, one crore houses for the poor in 2 years under PM @narendramodi‘s housing scheme.
Listen in to @arunjaitley present #Budget2018 live at https://t.co/4fqxBVUizL.#ModiNomics18 pic.twitter.com/StdYYjSP3E

Govt to substantially increase allocation under national livelihood mission to Rs 5,750 cr in next fiscal; focus will be on providing maximum livelihood projects in rural areas: FM Arun Jaitley. #Budget2018

The FM mentioned that the improvement of infrastructure at the rural level will boost the rural economy as it will provide better connectivity and better availability of services to the rural population.

#Budget2018 – For creation of livelihood in rural areas, total amount to be spent by ministries will be Rs 14.34 lakh crores: Finance Minister @arunjaitley pic.twitter.com/03T8m7LG4y

The Union Budget 2018 is being hailed as one of the most people-centric budgets ever. The government seems to be leaving no stones unturned in its commitment to the poor and common people of the country.

A week after BMC floated global tender for Covid vaccines, it gets zero bids. Here is why

Mumbai Mayor Kishori Pednekar had stated that there will be no advanced payments and vaccine companies will be penalised if they delay delivery.
Politics

Social media is awash with a new toolkit, allegedly created by the Congress party, detailing its plan to extract political mileage.

A new Congress toolkit is circulating on social media that reveals the depths to which the party sank during the pandemic.

AICC Chairman in a Tweet threatened that a case is being filed against BJP leaders JP Nadda and Sambit Patra for forgery.

From maligning Kumbh to attacking Prime Minister Narendra Modi for the Central Vista project, working with 'friendly' journalists to get 'tailored' articles defaming India and Modi govt, here is what the Congress 'toolkit' asks its social media and PR teams to do.

Charity ‘toolkit’: How Sonu Sood’s foundation sought help from BJP’s Tejasvi Surya but took all the credit himself

Netizens have often raised suspicions that Sonu Sood had been falsely claiming credit for arranging help for Covid-19 patients without having done so.

Odisha: Sonu Sood clarifies after Ganjam DM says they had not received any communication from him regarding bed for COVID patient

The Collector and District Magistrate of Ganjam has called out Sonu Sood after the actor claimed to have arranged a bed.
Read more
Media

Adeel Raja, freelance contributor at CNN, has said that the world needs a Hitler today amidst the Israel-Palestine conflict.
Read more
News Reports

BJP supporters lodged their protest about minister chipping in to help the elites in India, when commoners are equally suffering, especially when the elites have not asked for their help.
Read more
Crime

As per police, Asif had beaten up Pradeep's group members 20 days back, and Pradeep decided to avenge the attack.
Read more
News Reports

An image of Rejina Parvin Sultana, a resident of Assam's Tengnamari village, feasting lunch with her family on the occasion of Eid had gone viral on the internet.
Read more
News Reports

Last year, the United States under the Donald Trump administration has helped to broker a peace deal between UAE and Israel in the form of 'Abraham Accords.'
Read more
- Advertisement -

A week after BMC floated global tender for Covid vaccines, it gets zero bids. Here is why

Charity ‘toolkit’: How Sonu Sood’s foundation sought help from BJP’s Tejasvi Surya but took all the credit himself

‘This is your blessing’: INMAS director whose team developed 2-DG drug thanks his physics teacher Rajnath Singh

Rajasthan: Congress leader assaults hospital employee, gets violent after the director could not attend her call